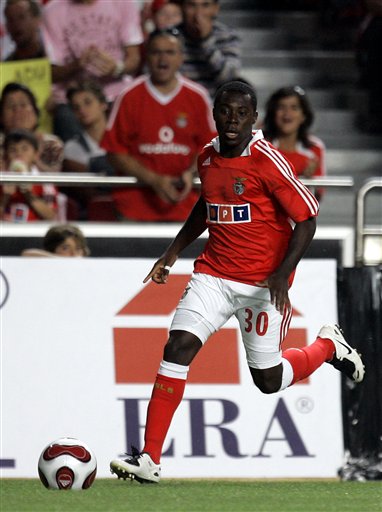 It took a while, but Freddy Adu finally made his first start for AS Monaco. The U.S. Olympic midfielder made the starting XI in Monaco’s French Cup match against Paris St. Germain. It could be Adu’s last start for a while after a goal from one-time Chicago Fire target Fabrice Pancrate gave PSG the win, thus ending Adu’s potential source for major playing time.

It was a day of first for young Americans in Europe as Brad Guzan also made his first start, replacing Brad Friedel in net for Aston Villa’s Carling Cup clash vs. Queens Park Rangers. Guzan made some saves, but couldn’t keep Villa from dropping a 1-0 decision to QPR.

As for Jozy Altidore? He didn’t make the bench for Villarreal’s 2-0 win against Racing de Santander. Maurice Edu did make the Rangers bench, but didn’t get off it. DaMarcus Beasley did, playing 48 minutes of regulation and overtime.

Here is how Americans did in the rest of Wednesday’s European action:

What do you think of these performances (and absences)? Share your thoughts below.