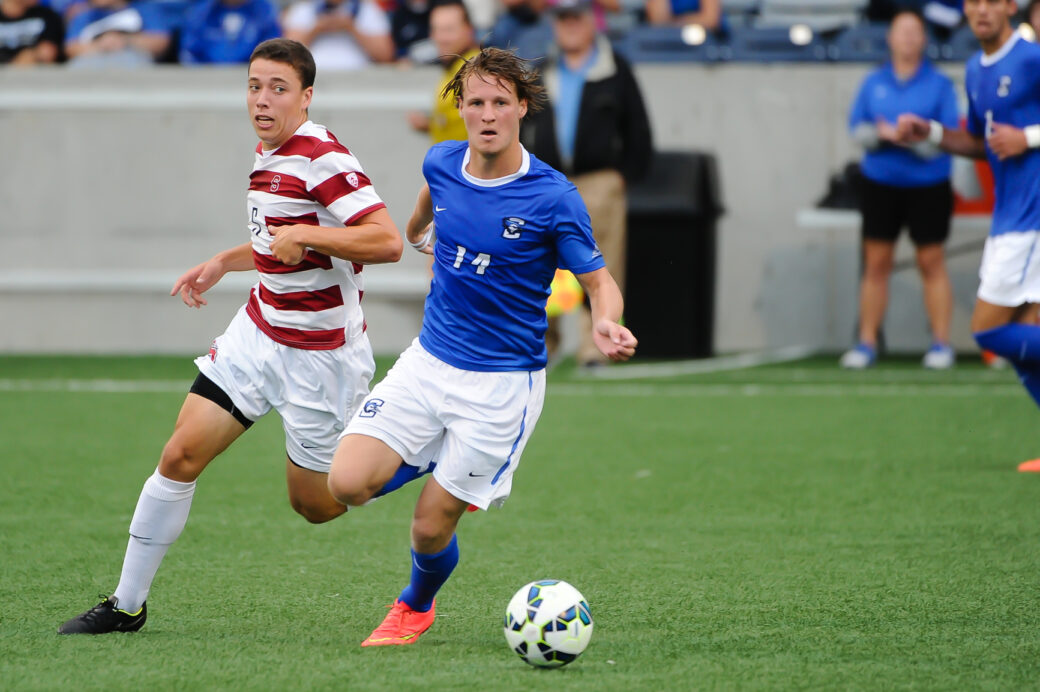 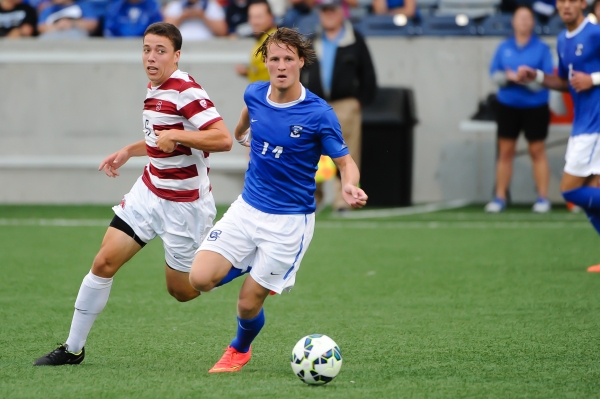 SBI No. 7 Creighton and Big East Offensive Player of the Week Fabian Herbers will host No. 15 Georgetown Saturday, and they will be searching for their first win against a ranked conference foe this season.

The Blue Jays only have one loss on the year, but they were defeated by Saint Louis midway through and drew against Xavier Sunday. Only one of their wins has come against ranked opposition, and that was against Stanford in their opening match in August .

They have a tough four days ahead, as they play the Hoyas and No. 8 Marquette, but Herbers will try to lead his side after scoring in both matches last weekend. The Hoyas have not looked like their former self in their past two matches, suffering losses to both Providence and Seton Hall, but they will be looking to bounce back Saturday.

Friday, No. 23 Louisville faces off against Clemson, who topped No. 13 Coastal Carolina during the week (ESPN3, 7:30 p.m.). Since losing four consecutive matches, the Cardinals have rebounded, winning three in a row and topping Syracuse last Friday.

Marquette and Xavier will meet in another marquee Big East matchup Saturday. The Golden Eagles have struggled as of late, winning only once in their last five matches. Conversely, the Musketeers are eager to stretch their good form. They are unbeaten in eight games played.

Finally, No. 2 UCLA, who claimed first place in the Pac-12 with their second win over Washington Thursday, will play a side, Oregon State, they dominated Sunday.

The Beavers won during the midweek against San Diego State, but they must face star midfielder Leo Stolz, who provided another assist against the Huskies and will surely be a harder task for them to handle.

Check out a rundown of this weekend’s top college matches:

7 p.m. — College of Charleston vs. Delaware