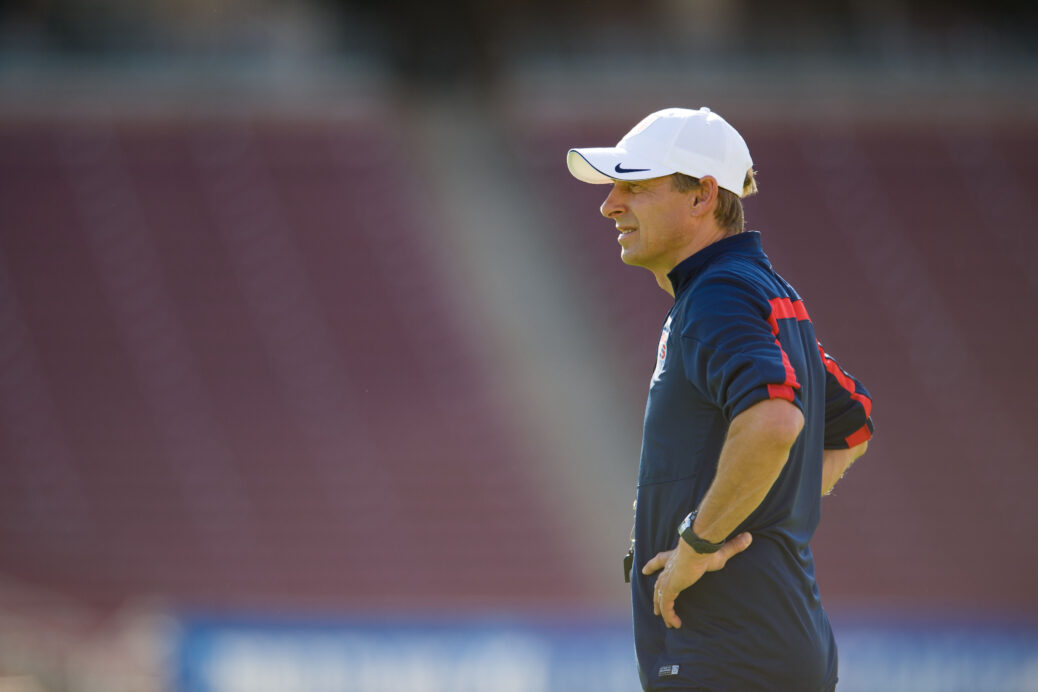 U.S. Men’s National Team coach Jurgen Klinsmann had seemingly reopened the promotion-relegation debate last week with new comments — and he was back at it on Monday, this time about where American players should play. Klinsmann again expressed a preference for USMNT players to hone their craft overseas, with Klinsmann hinting he didn’t want to see Jozy Altidore move to Major League Soccer.

Meanwhile, Joe Gyau was off to a promising start with the USMNT in his second cap Friday, and was pulled out early for what he thought was just a minor injury. But come Monday, it was clear he would need surgery on his left knee, which would sideline him until January.

And in Euro 2016 qualifying, the Dutch suffered a shocking defeat to Iceland as Guus Hiddink’s backward slide leading the team continues.

Here is a recap of all the stories featured on SBI Monday:

Gyau sidelined until at least January due to knee surgery

Who should the USMNT start vs. Honduras?

With playoffs all but a lost cause, TFC looking ahead to 2015