USWNT rolls past Mexico to qualify for World Cup 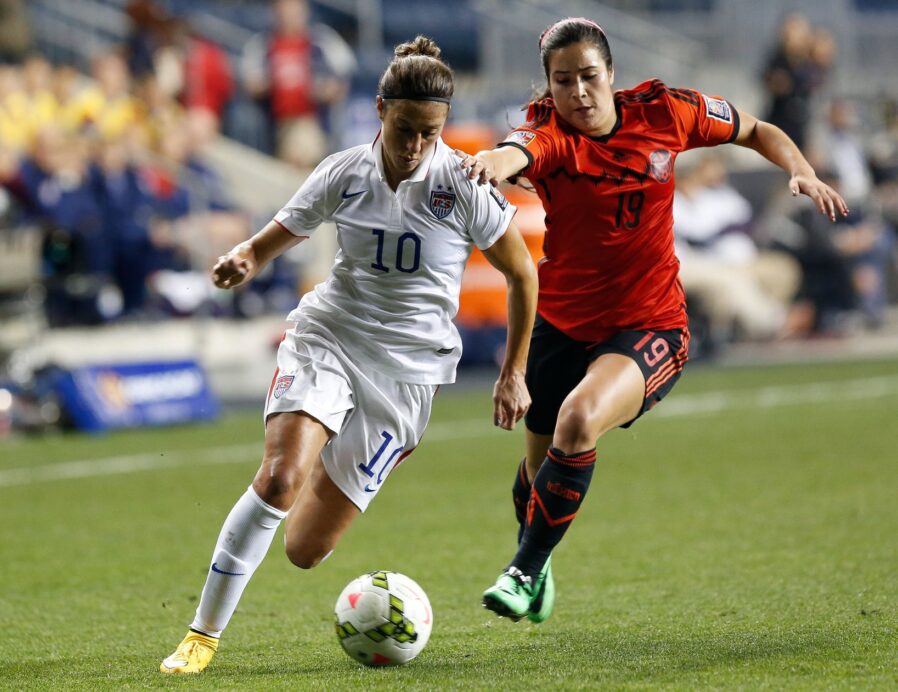 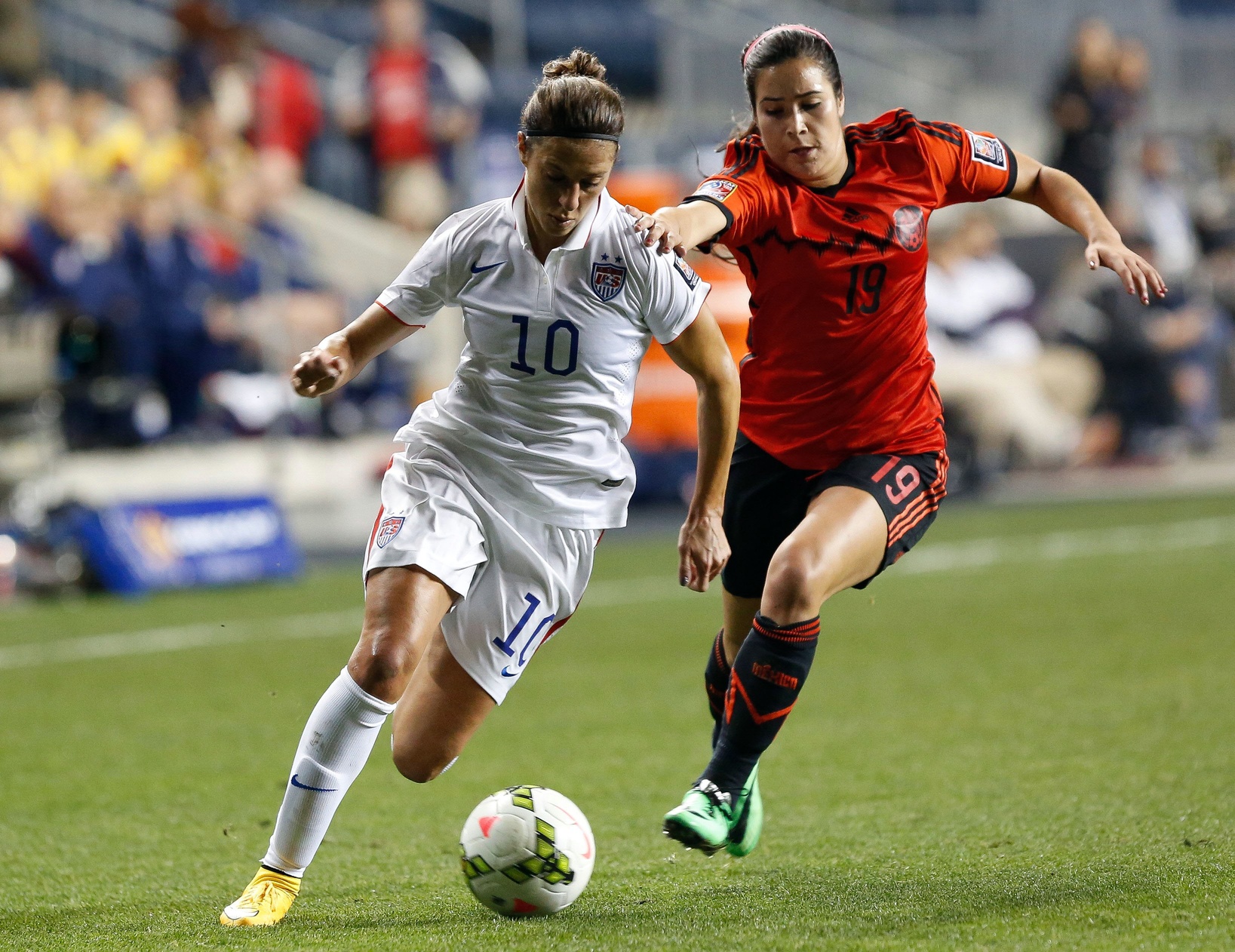 As if there was ever really any doubt, the U.S. Women’s National Team will be in Canada for the World Cup next summer.

A dominant USWNT cruised past Mexico in PPL Park on Friday, 3-0, assuring the Americans a spot in the 2015 Women’s World Cup. Mexico is not out of it as they can still qualify.

As has been the case throughout this CONCACAF qualifying tournament, the USWNT looked dominant but let chance after chance go by. The Americans out-shot Mexico, 21-to-1.

“Overall, this tournament has been great and it’s taught us a lot,” brace-scorer Carli Lloyd told Fox Sports afterward. “We’ve been playing against bunker teams.”

Indeed, Mexico looked less interested in scoring goals than they were in minimizing USWNT goals. They had some help, as the Americans hit the woodwork three times on the night and failed to capitalize on several Mexican back line breakdowns with poor finishing.

A questionable penalty call in the 30th minute seemed to crush Mexico’s morale and allow the Americans to coast through the match. Tobin Heath took a tumble on the edge of the 18-yard box, earning a penalty kick, though replays showed no contact. Lloyd easily converted from the spot.

Heath helped open scoring to put the Americans ahead in just the 6th minute. Aided by some poor marking from Mexico in the box, she picked out Lloyd in front of goal and lofted a long cross from the left flank onto Lloyd’s head for a close-range knock in.

Right flank forward Christen Press looked poised all night to score after several missed shots, finding a breakthrough in the 57th minute. Sydney Leroux slipped a perfectly threaded ball through three nearby Mexican defenders for Press to run onto. Press rounded goalkeeper Pamela Tajonar off her line and tapped it in.

Leroux was denied twice by the goal frame. In the 49th minute, she slid at the back post onto a Megan Rapinoe cross but knocked it off the crossbar. Another 12 minutes later, she fired one from the corner of the box that bounced off the near post.

With a final match of the qualifying tournament left to play, the Americans clinched a berth for the World Cup having scored 15 goals and allowing none against their CONCACAF rivals.

Mexico will face Trinidad & Tobago in the tournament’s third-place match Sunday, also at PPL Park. Later that same day, the USWNT will play for the CONCACAF Women’s Championship title against Costa Rica, who have already qualified for their first World Cup in team history.