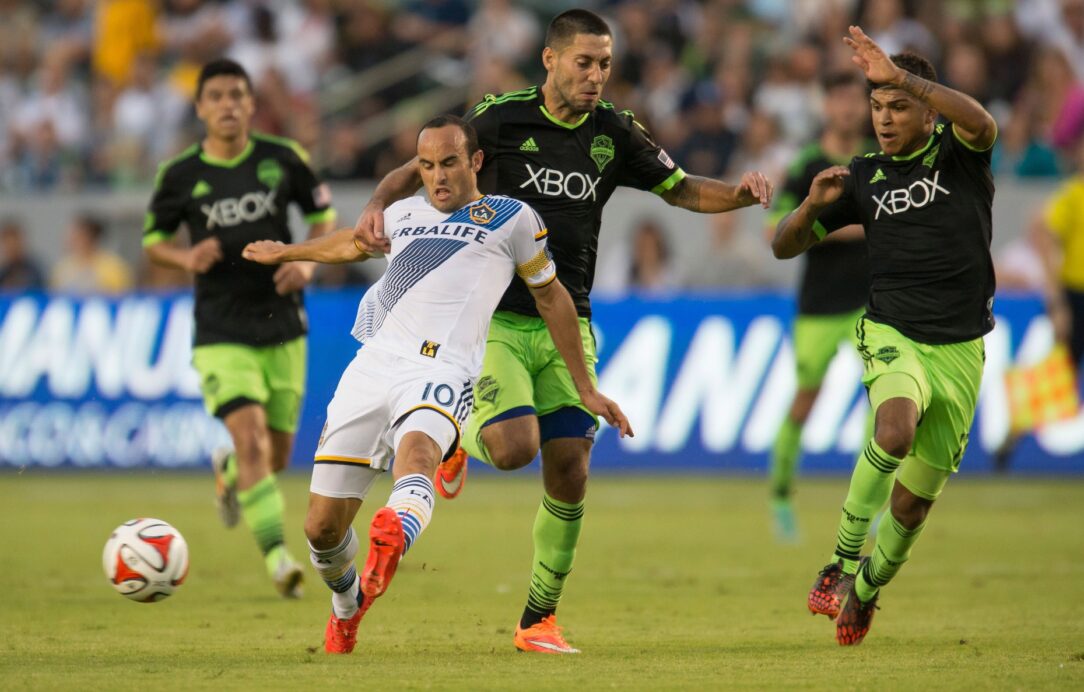 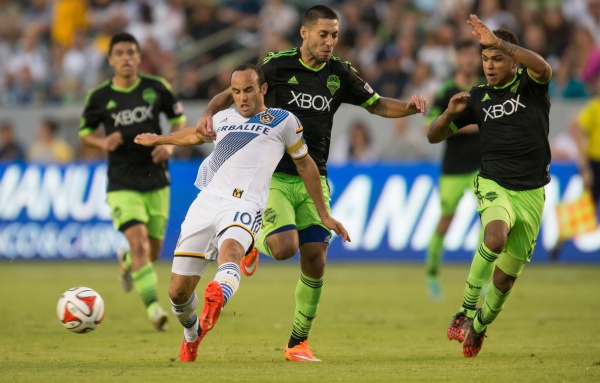 The Supporters’ Shield race will come down to the final 90 minutes.

The LA Galaxy and Seattle Sounders have remained deadlocked throughout the 2014 regular season in the race for the regular season crown. That race will be concluded Saturday, as the two Western Conference powerhouses go head-to-head for the second time in as many weeks to decide the Supporters’ Shield winner.

Meanwhile, the Vancouver Whitecaps and Portland Timbers will play for the right to join the Galaxy and Sounders in the MLS playoffs, as the two Cascadia rivals battle for the conference’s fifth and final playoff spot. The Whitecaps, who hold a on point lead, take on the Colorado Rapids while the Timbers visit the playoff-bound FC Dallas.

In addition, the New York Red Bulls take on Sporting KC in a battle for playoff position, the Columbus Crew battle the Philadelphia Union and Chivas USA plays what appears to be the club’s final game against the San Jose Earthquakes.

Here is a close look at this weekend’s MLS action:

The final game of the Dominic Kinnear era is set to take place in Chicago.

Kinnear, who led the Dynamo to two MLS Cups, is set to take over as San Jose Earthquakes head coach following this season, which is set to conclude for both sides Friday night.

After 33 games, the Supporters’ Shield comes down to Saturday.

The Sounders need a win or a draw to lock up the club’s second trophy of the season and first Supporters’ Shield crown. Meanwhile, the Galaxy will be without centerback Omar Gonzalez, who will be suspended after being send off in last week’s 2-2 draw between the two sides.

Just days after sealing their spots in the CONCACAF Champions League quarterfinals, the Montreal Impact and D.C. United are set to close out regular seasons that went in opposite directions.

The two sides, who were the lone MLS sides to advance, finish the season on opposite ends of the table, as D.C. United heads into the playoffs as the top seed. The Impact, however, will have plenty to play for as the club looks to provide a fitting send-off for forward Marco Di Vaio, who is retiring after this season.

Before heading into an offseason full of questions, Toronto FC has one more game.

After a start full of promise, TFC have crashed into a regular season exit, creating plenty of controversy heading into what is sure to be an interesting offseason. The club will close out the 2014 season with a visit to the New England Revolution, who are locked into the Eastern Conference’s second spot.

The Portland Timbers’ playoff hopes hang by a thread.

Needing a Whitecaps slip-up to ensure a postseason position, the Timbers head to Dallas in need of a result. Fresh off a CONCACAF Champions League collapse, the Timbers will need to salvage their season against FC Dallas, who can secure third place with a victory.

Needing a win to lock up a postseason spot, the Vancouver Whitecaps are happy to see a struggling Colorado Rapids side.

Just two weeks after what is likely the most crushing loss in club history, the Philadelphia Union get another crack at the Columbus Crew.

The Crew erased a two-goal deficit to both shock and eliminate the Union while clinching a playoff spot of their own. The Crew are now battling for seeding, as the team looks to avoid the dreaded wild card round.

However, Sunday is sure to be emotional for the home fans, as Chivas USA takes the field for the last time in current form. With a hiatus looming, Sunday represents one last chance to say goodbye to the club, who will close out against one of it’s California rivals.

In a battle for seeding, Sporting KC take on the New York Red Bulls in a potential playoff preview.

Both teams have the potential to finish anywhere from third to fifth, meaning Sunday’s game could represent a possible wild card matchup. The Red Bulls will be at a disadvantage, however, due to questions at centerback stemming from an Ibrahim Sekagya injury and Armando suspension.