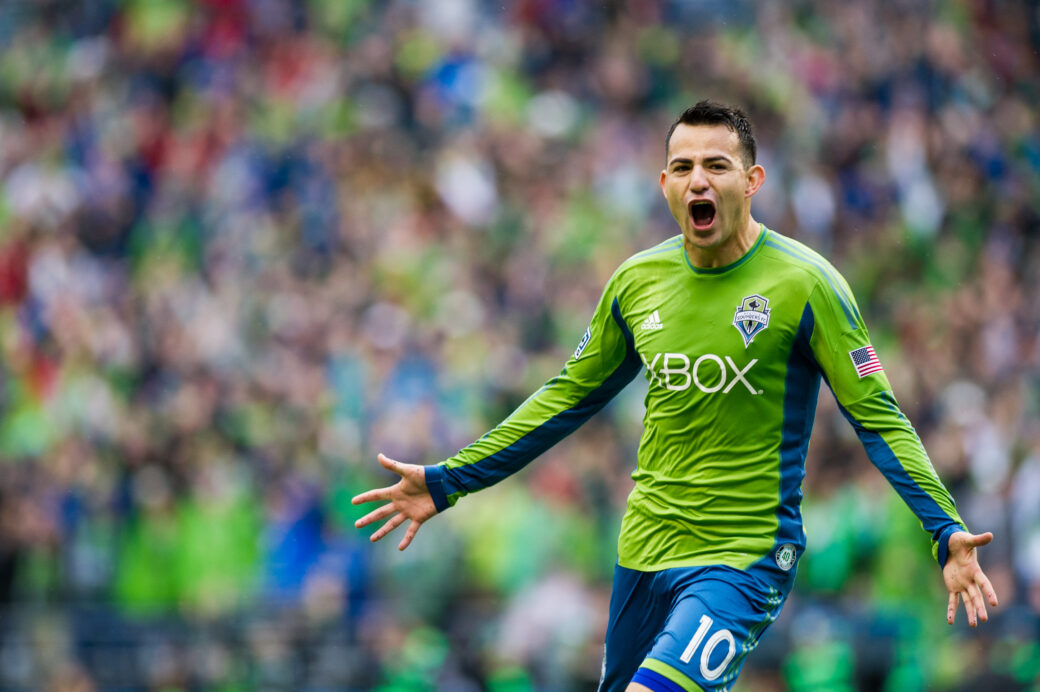 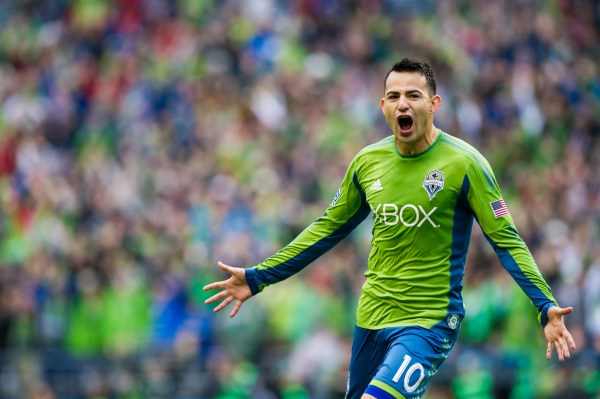 SEATTLE — It took all spring, summer, and much of autumn, and even that wasn’t enough. It took nearly 90 more minutes of tense, testy, and at times ugly soccer, but the Seattle Sounders won their first Supporters’ Shield on Saturday afternoon, the last day of their 2014 season.

Second-half substitute Marco Pappa netted twice to lift the Sounders to a 2-0 win over the visiting LA Galaxy in front of 57,673 at CenturyLink Field.

“First off,” said Sounders head coach Sigi Schmid, “I want to congratulate our team for 34 solid weeks. I think winning the Supporters’ Shield is a reflection of what you’ve done. It’s work over a period of time. It’s 34 weeks of training. It’s 34 weeks of games. It’s all of that put together.”

Needing just a tie to win the Shield, the Sounders managed only four shots — all from Pappa — against a Galaxy team that successfully packed the box and eliminated counter attacks with quick, efficient fouls.

“I’m not going to put that in the category of one of our best games,” said Schmid.

Pappa first struck off a beautiful pass into space from Obafemi Martins, darting into the penalty area in the 85th minute and burying a one-touch strike past goalkeeper Jaime Penedo. It was Pappa’s sixth goal of the season and Martins’ team-leading 13th assist of the 2014 campaign.

The Galaxy (17-7-10, 61 points) nearly responded twice in the waning moments of the match.

In the 89th minute, Marcelo Sarvas sent a deep cross to the far post that narrowly missed a streaking Gyasi Zardes before bouncing harmlessly out of bounds. In stoppage time, late substitute Alan Gordon found himself all alone just 10 yards from goal, but only sent a soft shot directly to goalkeeper Stefan Frei.

Pappa gilded the lily in the 95th minute, stealing the ball from Penedo outside the penalty area and gently scooping a chip shot over center back A.J. DeLaGarza for a 2-0 lead moments before referee Mark Geiger blew the final whistle.

The Galaxy — despite playing on the road while missing Robbie Keane to injury and Omar Gonzalez to red-card suspension — looked the team more likely to get on the scoreboard first for much of the second half.

In the 69th minute, a Brad Evans turnover near midfield led to a Gyasi Zardes shot from the top of the penalty area that curved only inches past the right post. In the 80th minute, a Landon Donovan free kick from just outside the penalty area ricocheted off multiple players before Stefan Frei dove to his right to preserve the clean sheet.

“We controlled the game,” said Galaxy head coach Bruce Arena, “but we needed obviously to be more dangerous in the last third. They keep a lot of players back (against) us. They play it safe. We weren’t able to create enough chances.”

The Galaxy outshot the Sounders (20-10-4, 64 points) 8-0 in a physical, foul-filled first half, but neither team generated dangerous chances.

“We weren’t going to give up a goal today,” said Schmid. “That was our resolve.”

“It wasn’t a great game for the fans to watch,” said Clint Dempsey. “Yes, it’s great that we won, we grinded out a good result. But just the fouling, the kicking, the stop-start, stop-start…just wasn’t much fluidity to the game, I thought. Credit to them that we weren’t able to play the style that we wanted, but at the end of the day I think our quality showed.”

With the Supporters’ Shield checked off the to-do list, the Sounders are now setting their sights higher.

Looking forward, both teams are back in action next weekend in the Western Conference semifinals against yet-to-be determined opponents. The Sounders will play the winner of the midweek match between the fourth and fifth seeds. The Galaxy will play either FC Dallas or Real Salt Lake. The conference semifinals are two-legged series with the lower-seeded team hosting the first match.