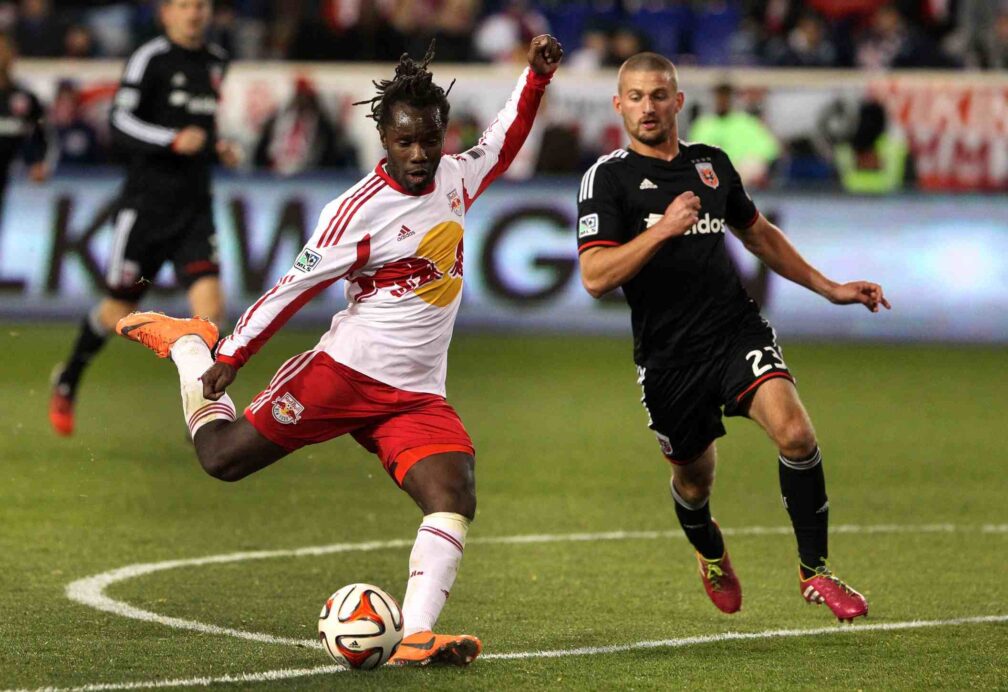 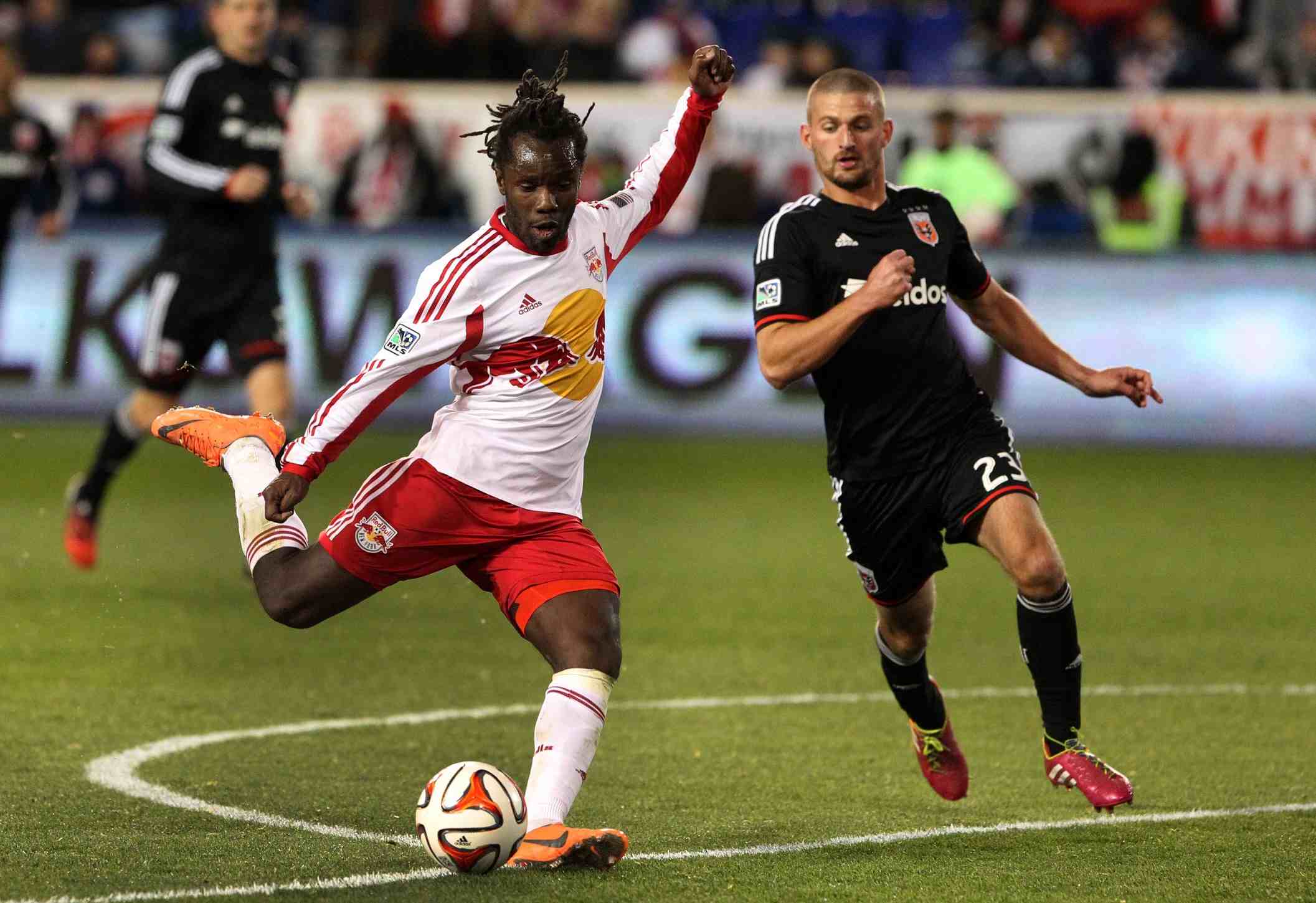 HARRISON, N.J. —Surrounded by the likes of Bradley Wright-Phillips and Thierry Henry, it’s easy for New York Red Bulls midfielder Peguy Luyindula to get lost in the shuffle.

Wright-Phillips and Henry’s achievements are highly publicized, but it might just be Luyindula who has been the Red Bulls most important player over the past week.

After playing a part in both goals scored in the win over Sporting KC, Luyindula contributed yet again to the pair of finishes in Sunday’s 2-0 victory over D.C. United.

On the first, it was a perfectly timed dummy that created all the space in the world for Wright-Phillips. On the second, a calculated run into the heart of the D.C. United defense before a calm finish to secure the Red Bull victory.

“It was great because I knew the impact of that goal to go 2-0 up,” Luyindula said after the game as teammate Dax McCarty led chants of ‘Pe-guy! Pe-guy!’ in the locker room. “It was what we were looking for. To try to score that second one was critical for us.”

Luyindula’s creativity in the attacking midfield role has been a vital part of the Red Bulls’ success in the early stages of the postseason, which hasn’t been lost on Henry, who pointed to the team’s success with his compatriot on the field.

“I don’t know what to say to be honest,” Henry said of Luyindula, “because whenever Peguy plays or comes on, that’s what he does.”

“To be honest, it was tough last year because of the way we played without a true attacking midfielder,” Petke said. “This year, over the last couple months, we’ve played with somewhat of a system that allows that, and (Luyindula) has been good at it.”

That switch to a midfield role has proven to be a fruitful one for Luyindula, who spent 15 years as a forward for French powerhouses such as Paris Saint-Germain, Marseille and Lyon.

After struggling to score last season when used in a more forward role, Luyindula was moved to the midfield to take advantage of his vision and creativity. Since the position switch, Luyindula has been as bright as ever, as the 35-year-old’s knack for creating scoring plays has lifted the Red Bulls to a new level.

“I like it,” Luyindula said of his midfield role. “I kind of like it because I didn’t really think about it because I played midfield when I was young. It wasn’t that new for me and the fact that I like playing with the ball at my feet meant it was a good idea for me to step back a little bit and just try to make the play.”

Petke stated that the move to the midfield was a natural one for Luyindula, who generally joins Henry and winger Lloyd Sam as the team’s primary playmakers.

“Where Peguy’s concerned, you look at him in practice every day and what he can do with the ball and, this is going back to last year, and just realizing at this stage in his career that he’s not a frontrunner,” Petke said. “He’s not as comfortable with his back to the goal as maybe he once was, and then just realizing how good he is with the ball at his feet, it was just natural to try him back there.”

With at least one more playoff game remaining for the Red Bulls, Luyindula’s playmaking ability will continued to be needed by a Red Bulls team full of attacking threats. Heading into the second leg of their clash with D.C. United, Petke is looking forward to seeing more of the type of magic that comes with Luyindula having the ball at his feet.

“Peguy did well, especially when we got him the ball,” Petke said. “He’s a good player, and cut from the same cloth that Thierry is. Over there in France, they do things with the ball that are pretty amazing.”

What have you made of Luyindula’s recent play? How far do you see the Red Bulls advancing in the MLS playoffs?