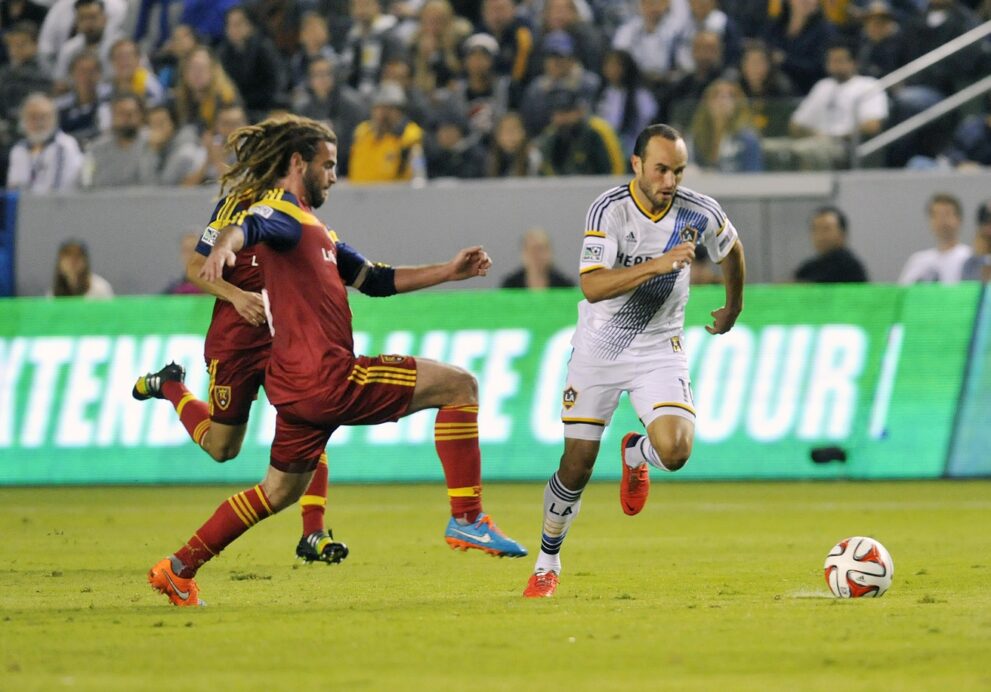 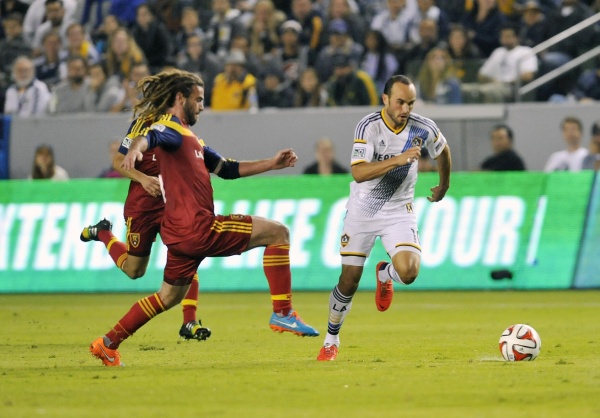 The Los Angeles Galaxy legend scored three times, assisted once, and harried the Real Salt Lake defense all night long as the Galaxy crushed their perennial Western Conference playoff nemesis Sunday night, 5-0, in the second leg of their playoff matchup.

After a scoreless draw days earlier in Salt Lake, the Galaxy now advance to the Western Conference Championship on a 5-0 aggregate win where they will face Monday’s winner of FC Dallas vs. Seattle Sounders.

“Today I was thinking a lot of this through, and the reality was, we could have been standing here and talking and this could have been the last game ever,” said Donovan, who is retiring at the end of the season. “There were a lot of things that were out of my control tonight. The one thing that was in my control was how I played.”

“So, I wanted to make sure that when I went home tonight and looked in the mirror, I would know I gave everything I had, regardless of the result.”

It is likely that Donovan will like what he sees tonight. In front of 27,000 boisterous supporters on a sold-out, balmy night at the Stub Hub Center, Donovan’s coup de grace came in the 72nd minute. Strike partner Robbie Keane scooped the ball over the RSL back line and sent in an alert Donovan, who gathered the pass from over his shoulder and volleyed the ball past a helpless Nick Rimando.

The Keane-Donovan tandem combined for three of the five goals on the night, and Captain Keane complimented Donovan’s performance with his own remarkable evening, scoring a goal and adding three assists.

“Robbie was Robbie tonight,” said Donovan about his strike partner. “He hit two fantastic passes to me, scored a great goal, and he was a nightmare to have to defend all night. And when he’s like that, we’re hard to beat.”

In the 55th minute, Keane fired a long through ball from midfield and sent Donovan into the RSL end at a gallop. Rimando was forced well off his line, and Donovan neatly juked the sprawling RSL netminder before firing home a hard angled shot into the far side netting to give the Galaxy an three goal lead and control of the match.

“We just couldn’t control the ball,” said Real Salt Lake coach Jeff Cassar. “We couldn’t get enough of the ball to then get our team together and do the things that we wanted to.”

“It was a team that was just flying tonight,” Cassar added of the Galaxy. “I mean, they were on their game. Every aspect. Movement. Bite. Quality.”

Donovan opened the scoring early with a header that beat Rimando to the left post, off a cross from AJ De La Garza, who moved from his usual center back position to right back and spent much of the evening in the attack for the Galaxy.

Donovan repaid the favor to Keane and added an assist to his scoring spree in the 20th minute on a hard cross onto the sliding foot of Keane, who had to hustle back into the onside position before reversing course to slot home the goal.

Sarvas added the remaining Galaxy tally in the 63rd minute when he took a clever Keane heel pass at the penalty spot and beat Rimando low.

Donovan was subbed out in the 82nd minute after receiving a dubious yellow card in front of the RSL bench. The all time MLS playoff goal scoring leader received a standing ovation as he left the pitch. By then, the match was far out of reach.

“We played well. Obviously the result is a little surprising, but I fully anticipated we’d win this game,” said Galaxy head coach Bruce Arena after the match. “We’ve got to continue to move forward as a team, and hopefully be ready for the next series.”

For Real Salt Lake, the strong late season run of form came to a ruinous conclusion. The Claret and Cobalt had not surrendered a goal, or a defeat, in their previous four matches before the dam broke tonight.

“They’re a team that is very good when they have the ball,” Donovan said. “When they don’t have the ball, they struggle, because they have a lot of guys that don’t really want to defend, through the midfield and up front. We did a really good job of making them try to defend. When you have Saborio having to chase back and defend guys in his own end, and not in front of your goal, that makes a big difference.”

“Most games they go into and dominate possession-wise,” Donovan continued. “We’re one of the few teams that can flip the table on them.”

The Galaxy received a momentary scare when Brazilian center back Leonardo went down hard on a challenge near the Galaxy end line and had to be stretchered off. Rare defensive substitute Tommy Meyer came on in Leonardo’s place, but had little to do on the evening as RSL mounted only four shots on goal to the Galaxy’s 19. Leonardo’s status is unknown, but walked off under his own power to the locker room later on the night.

The Galaxy will now await the result of the other Western Conference semifinal, when the Seattle Sounders host FC Dallas on Monday night.  The MLS takes a week off for the international break, and the Conference Championships will resume on Nov. 22.