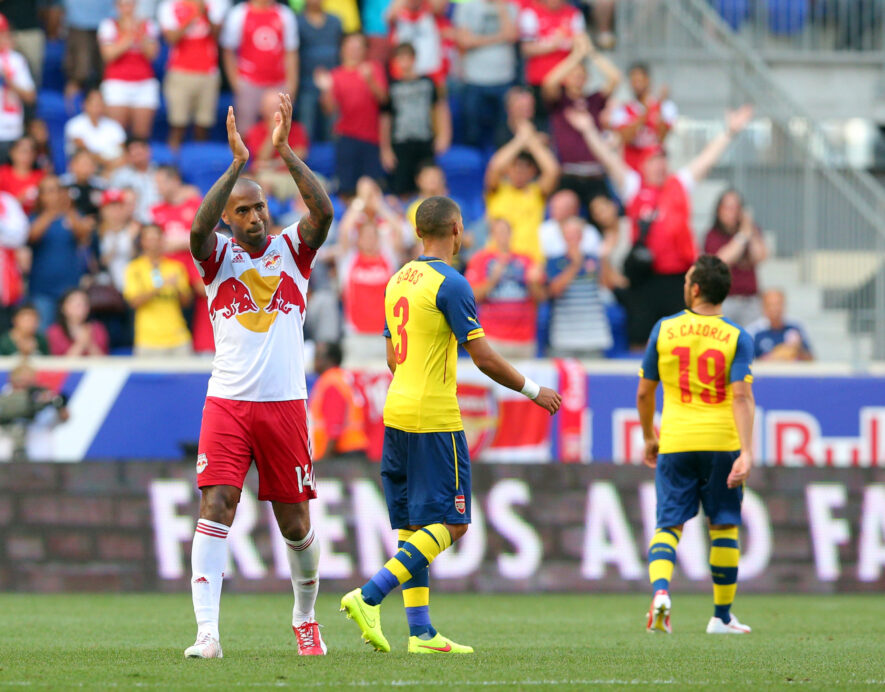 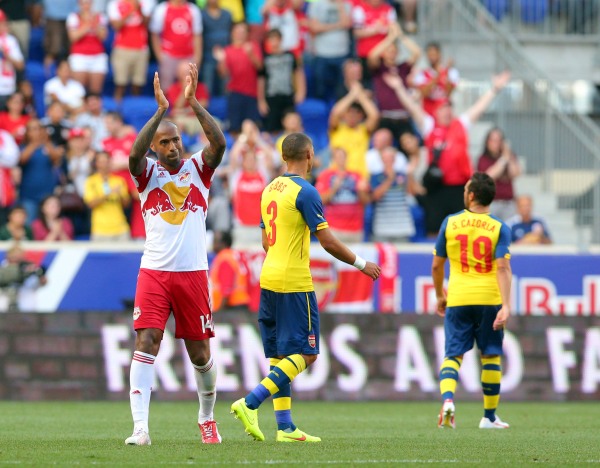 Thierry Henry has mulled over his future, and come to a decision. He is calling it a career.

Henry announced his retirement via his Facebook account early on Tuesday morning, putting an end to a storied 20-year career that has seen the legendary striker rack up goals, assists and trophies. Additionally, Henry said he would be joining Sky Sports’ broadcast team.

Henry, 37, leaves the game having claimed trophies everywhere he has gone. He has won a World Cup, UEFA European Championship, UEFA Champions League, multiple La Liga and Premier League titles, a Ligue 1 crown and MLS Supporters’ Shield,, among other championships.

“After 20 years in the game I have decided to retire from professional football,” Henry wrote. “It has been an incredible journey and I would like to thank all the fans, teammates and individuals involved with AS Monaco, Juventus, Arsenal FC, FC Barcelona, the New York Red Bulls and of course the French National Team that have made my time in the game so special.

“It is now time for a different career path and I am pleased to say that I will be returning to London and joining Sky Sports. I will hopefully share some of the insights, observations and experiences I have learnt over the years with you guys.”

Henry finishes his playing days as France’s all-time leading scorer with 51 goals in 123 appearances, and also netted an additional 360 times at the club level. He scored 28 goals for Monaco, three for Juventus, a club-record 228 for Arsenal, 49 for Barcelona and 52 for the Red Bulls.

He signed with the MLS club midway through the 2010 season, spending the final four-and-a-half years of his career in New York. There, he added to his collection of highlight-reel goals and magical moments while also helping the club end its trophy-less drought with the capture of the 2013 Supporters’ Shield.

In total, Henry combined to score and assist on 93 goals for the Red Bulls. He captained the side during much of his tenure, and also led the club to a deep playoff push this season that ended at the Eastern Conference Finals.

The final game of Henry’s illustrious career came in the 2-2 draw away to the New England Revolution in the second leg of that series on Nov. 29. His final goal was the winner in a 1-0 home victory vs. the Houston Dynamo on Oct. 4.

Henry had said after the season that he would think about what to do next in his career, and was linked with a return to Arsenal. Henry, however, has hung up his cleats for the final time and will now shift his focus to broadcasting and coaching.

“I have had some amazing memories (mostly good!) and a wonderful experience,” Henry wrote. “I hope you have enjoyed watching as much as I have enjoyed taking part. See you on the other side…”

What do you think of Henry’s decision to retire? How do you look back on his accomplished career? What’s your favorite Henry moment?