Howard, Dempsey nominated for CONCACAF Player of the Year 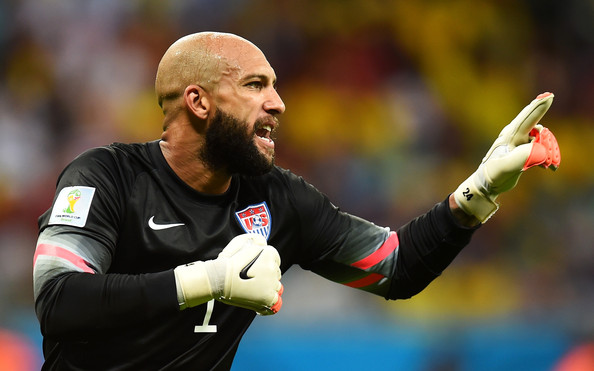 Tim Howard has already earned recognition as 2014 U.S. Soccer Male Athlete of the Year, but the U.S. Men’s National Team goalkeeper may not be done collecting awards for his 2014 performances.

In addition to his nomination for Player of the Year, Howard is also on the shortlist for Goalkeeper of the Year alongside Ochoa, Navas, Real Salt Lake’s Nick Rimando, the Philadelphia Union’s Andre Blake, and the LA Galaxy’s Jaime Penedo, amongst others.

Both U.S. National Team coaches, Jurgen Klinsmann and Jill Ellis, along with LA Galaxy coach Bruce Arena, have picked up nominations for Coach of the Year, while referee Mark Geiger is the United States’ lone representative in the Referee of the Year voting.

Finally, Jermaine Jones’ World Cup strike against Portugal is among 10 nominees for Goal of the Year.

What do you think of the nominees for CONCACAF’s year-end awards? Who will you be voting for?