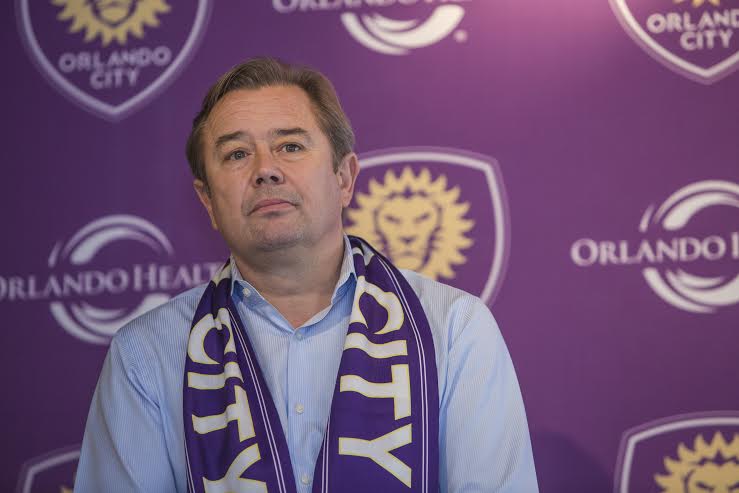 ORLANDO, Fla. — Orlando City seem to have all the pieces together for the club’s inaugural MLS run, but they aren’t quite done yet.

After announcing the signing of Brek Shea from Stoke City, OCSC head coach Adrian Heath told SBI the club is in the process of acquiring more players in the coming weeks, suggesting they will come from abroad.

“We’re still working on the finishing touches with the team, so we’ll look to add 3-4 exciting international players in the coming three weeks,” said Heath. “They won’t come from Europe, but from South America, so it’s just a matter of time until our supporters receive these nice gifts for the holidays.”

Reports earlier this month indicated that 20-year-old Carlos Rivas from Deportivo Cali has been linked with OCSC, and club majority owner Flavio Augusto Da Silva told SBI in November that the Lions were in discussions with a “Colombian talent.”

Heath wouldn’t confirm if one of the the approximately four players were bound to fill Orlando City’s third and final designated player slot. Meanwhile, OCSC general manager Paul McDonough also confirmed the move and didn’t rule out if Rivas was among that group of players, stating that they’re coming soon.

Orlando City currently boast two designated players in Kaka and 19-year-old Bryan Rochez, and aren’t ruling out a third DP if the opportunity presents. Heath also took swipe at co-newcomer New York City FC, saying he can’t wait to face-off against Manchester City while also suggesting that NYC FC will fill their third DP spot before the start of the campaign.

What do you think of this development? Do you think both Orlando City and New York City will have three DP’s in 2015?