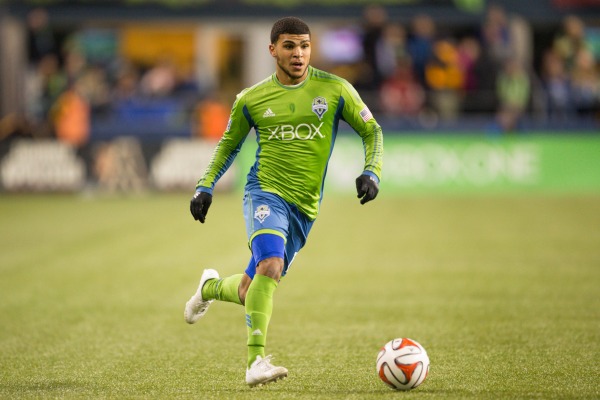 It is all systems go for DeAndre Yedlin’s move to Tottenham.

Yedlin has been granted a work permit ahead of his transfer to Spurs next month and will be available for selection upon his arrival, according to a report from the Mirror. The Seattle Sounders defender had recently been attempting to obtain a Latvian passport through his grandmother in fear of having a work permit rejected, but no longer needs it to play for Tottenham.

Yedlin, 21, signed a pre-contract with the Premiership club in August after impressing at the World Cup with the U.S. Men’s National Team. He has been a regular in Jurgen Klinsmann’s rosters since making his international debut back in January, and has accumulated 10 caps.

The speedy right back, who signed a Homegrown Player deal with the Sounders last year, has been successful on the club level, too. Yedlin has started 55 of the 56 regular season matches he’s played in during the past two years, been named an MLS All-Star twice, and helped Seattle win the 2014 U.S. Open Cup and Supporters’ Shield.

He has scored one goal and assisted on six others for the Sounders during that stretch.

While it seems unlikely given that he is in his offseason, Yedlin could make his Tottenham debut as soon as Jan. 1 when the club hosts league-leaders Chelsea.

Tottenham currently sit in seventh place in the Premiership table.

What do you think of Yedlin being given the green light on his work permit? Think he will contribute this season to the club’s cause? What kind of unique haircut should he rock to introduce himself to the Spurs’ fanbase?