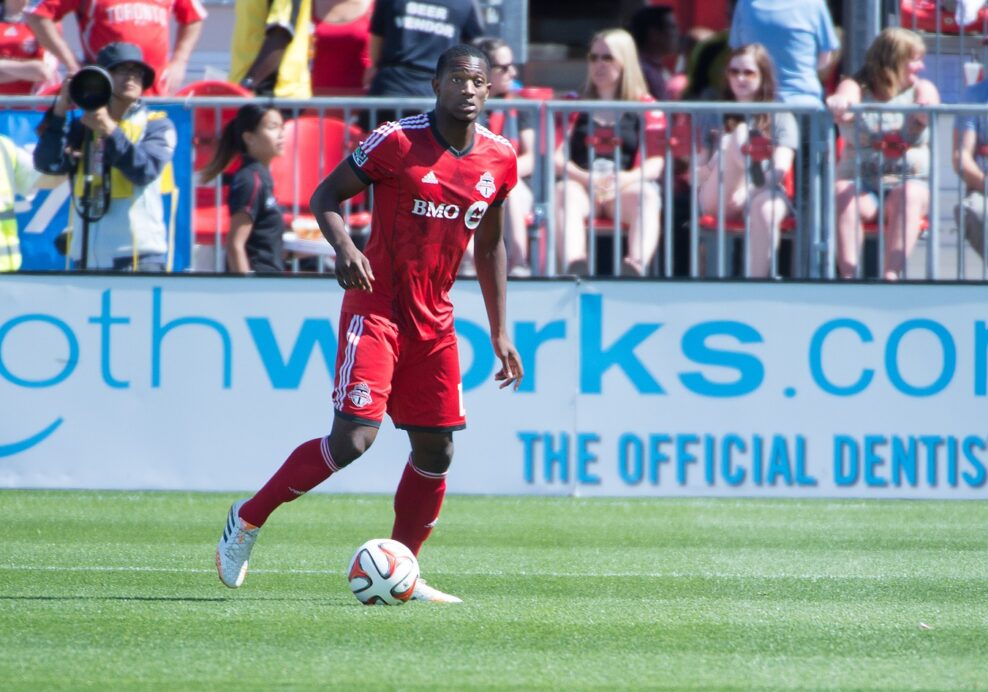 West Ham announced Saturday that the club had signed the 21-year-old centerback from Cypriot First Division club Apollon Limassol for an undisclosed fee. Henry had been on-loan with TfC for the 2014 season after being sold to the Cypriot club earlier in the year.

“It feels good to be given the opportunity to come and train and see what it’s like to be part of a Premier League team and I just want to get started and get into the team real soon,” said Henry. “I had a really good relationship with (former TFC coach) Ryan Nelsen and I always wanted to see what it was like to play at another level, the highest level, and I got the opportunity to come over here. Since then, I was just hoping to come back and now it’s happened, I want it to continue on and keep playing.

Henry comes to West Ham on the recommendation of Nelsen, who spoke highly of the defender to West Ham manager Sam Allardyce.

“Ryan was my captain at Blackburn for a couple of years and he rang us and told us about Doneil,” Allardyce said. “He said this lad definitely has Premier League potential and he has everything he needs. With a little coaching from us and work in terms of how to defend in the Premier League, Ryan says he has all the attributes to be a good player.

“We have invested in him for the near future, so we do hope he can make some sort of appearance this season if he settles in and does as well as Ryan thinks he will. If not, we hope he is certainly one for the future.”

Henry, who has earned 14 caps for Canada, made 19 starts for TFC in 2014, scoring one goal. In total, the centerback made 70 MLS appearances with 55 coming in starts.

What do you think of Henry’s move to West Ham? How will he fare in his first season with the club?