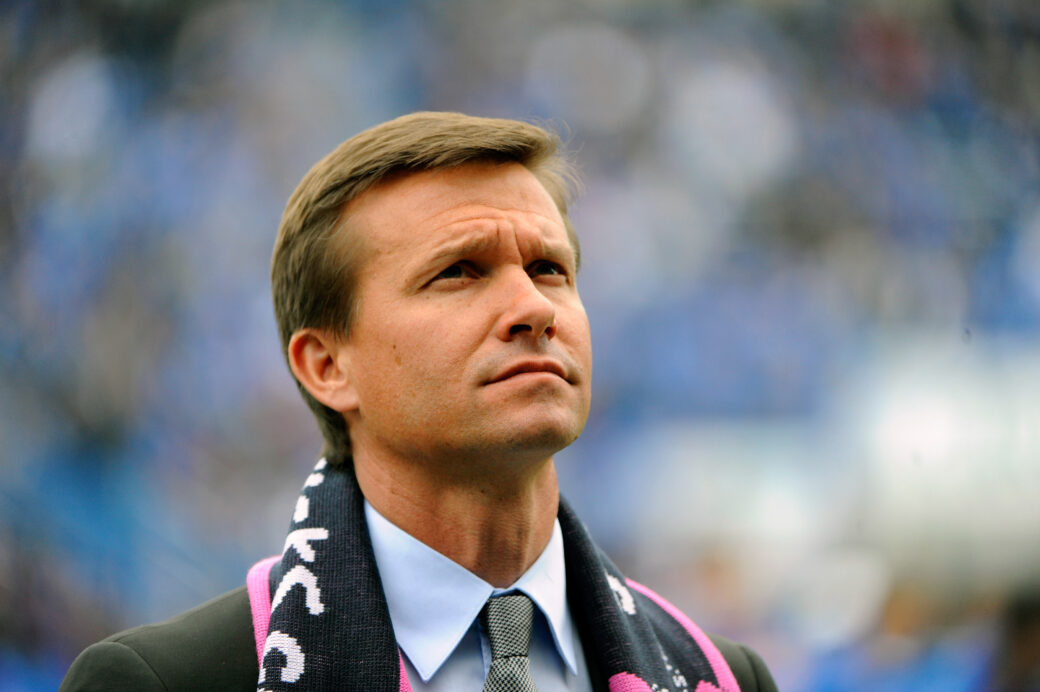 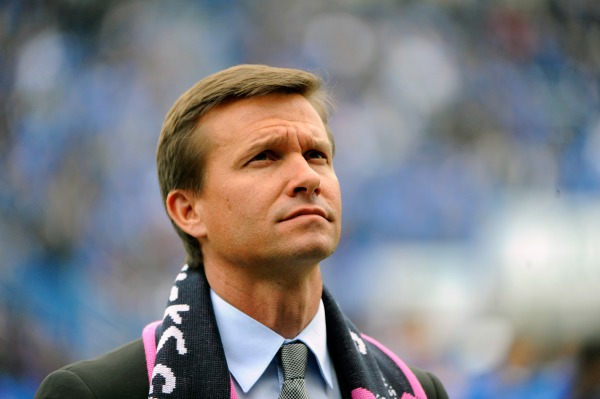 LAUDERHILL, Fla. — It has been a whirlwind first few days for Jesse Marsch, and things do not figure to slow down any time soon for the new New York Red Bulls head coach. Not when there is so much to be done, including winning over a fanbase that is foaming at the mouth over the firing of previous manager Mike Petke.

Marsch was surprisingly appointed as Red Bulls head coach last week, a day after the popular Petke was dismissed from that role. Since then, much of the public conversation has been about the controversial decision made by Ali Curtis, the club’s new sporting director, and whether Marsch has what it takes to improve New York after two years away from coaching.

The 41-year-old Marsch tried to quell fears about the latter during his introductory conference call last week, but his plan and vision took a backseat to questions about Curtis’ rationale for getting rid of Petke. Even so, Marsch is no less eager to impress irate Red Bulls supporters who he believes share some of his qualities.

“For me, I get it,” Marsch told SBI on Sunday during Day 2 of the MLS Combine. “Mike was a really popular guy and he did a good job while he was here, and there’s not one part of me that’s now looking to change everything 180 degrees. I get how a club gets attached to a big player and a guy who became a coach. There’s no issue there, and I think it’s great that these fans have such passion for our team.

“Frankly, that’s kind of how I am as a person and I think my passion and how I translate my passion into what this is and into our team will resonate a lot with our fans. Ultimately, it’ll take some time for them to get to know me and it’ll take time for me to get to know them, but I expect that we’ll move this thing along and in a few years from now we’ll talk about what a great relationship that I have with the supporters’ groups.

“It’s going to take some time and even some of them have told me to be patient with them and their emotion and I’m okay with that.”

Marsch is not oblivious to all the chatter that has gone on during the past week, but he has also admittedly not had much time to pay close attention to it. He’s been thrown right into the thick of things, and is currently focused on scouting at the MLS Combine, gearing up for the MLS SuperDraft, bolstering the Red Bulls roster, naming his coaching staff, preparing for the fast-approaching season, and the list goes on and on.

Improving the squad over the coming weeks is especially important. The Red Bulls fell a goal shy of reaching the MLS Cup final last season, but have since lost key starters in Thierry Henry (retired) and Jamison Olave (traded). Throw in the fact that Tim Cahill’s future has yet to be sorted out, and Marsch has plenty of positions to consider addressing.

Marsch would not comment on reports linking his club with the Sacha Kljestan and Jozy Altidore, but is planning to make some additions in the coming weeks. Marsch wants to bring on players who will not only contribute in the short- and mid-term, but also over the long haul. It’s part of his plan as New York head coach, after all.

“It’s a time crunch, but certainly we’re trying to use all the resources available to us to try and enhance the player pool in the right way,” said Marsch. “We’re looking around the league for different acquisitions, we’re obviously paying a lot of attention to the combine being down here, and internationally we’ve got our eyes on players and trying to evaluate their situations.

“They are what they’re about, doing the homework and now reaching out in ways that make any investment that we make not just a quick-trigger investment but one that we think we’ve vetted even though we only have a little bit of time. That’s why the work has been so heavy, but all good.”

For Marsch, leading the Red Bulls is both a major challenge and a welcomed opportunity. The former midfielder spent the last two years out of coaching after being relieved of his duties as the Montreal Impact head coach following their inaugural season in MLS in 2012.

Marsch was widely deemed to have done a respectable job with the expansion team that year, but a difference in philosophies between he and the Impact’s management led to his departure, much in the same manner that Petke was let go last week.

While it was certainly trying to be away from the game, Marsch always kept within an arm’s reach. He was occasionally seen throughout those two years at Red Bulls games as a spectator in the stands, and followed the rest of MLS closely to the point that he became an analyst during late 2014.

Those experiences out of professional soccer may not have been what Marsch had envisioned when he initially signed up to begin coaching, but he sees them now as positives to draw from.

“I think it’s hardened me in a good way,” said Marsch of how things ended with the Impact. “I think I understand now that sort of shutting down the noise is important, and focusing in on what you know is important for your group, for your team, for your club and now making sure that energy that you put into every day goes into the types of resources that you want it to instead of all the other things. I’m thankful for my experience in Montreal. I think I left there in a good way where I’m proud of the work that was done there, and now I’m only looking forward.

“I know what a big challenge this is, I know this club has had success, but it’s never gotten to the ultimate plateau. But that’s my goal: to take this team to a championship, and this is the first club that I’ve been around in the last 10-15 years where I feel like the opportunity is right and talking about winning a championship, doesn’t get you the championship, but it’s not out of the realm of possibilities here. I really think we can take this thing to new levels.”

Marsch’s coaching resume may not be all that decorated, but he has been molded by several of the more accomplished American coaches. He was influenced originally and largely by Bob Bradley, who Marsch played for at Princeton University, the Chicago Fire and Chivas USA before coaching under him with the U.S. Men’s National Team.

Then, there is Bruce Arena, who Marsch says he’s maintained a really strong friendship with over the past 15-20 years. There are also the likes of Peter Nowak, Chris Armas, Lubos Kubik, Preki and Claudio Suarez. Each has played a role in making Marsch the coach that he is.

“I’ve stolen a lot of little things from each one of them and made it into my own little package that I think it’s true to me,” said Marsch.

Now, Marsch will try to take all those lessons learned and apply it to a Red Bulls franchise that is reeling from an abrupt head coaching change but also crying for someone to finally lead it to the promiseland of an MLS Cup title.