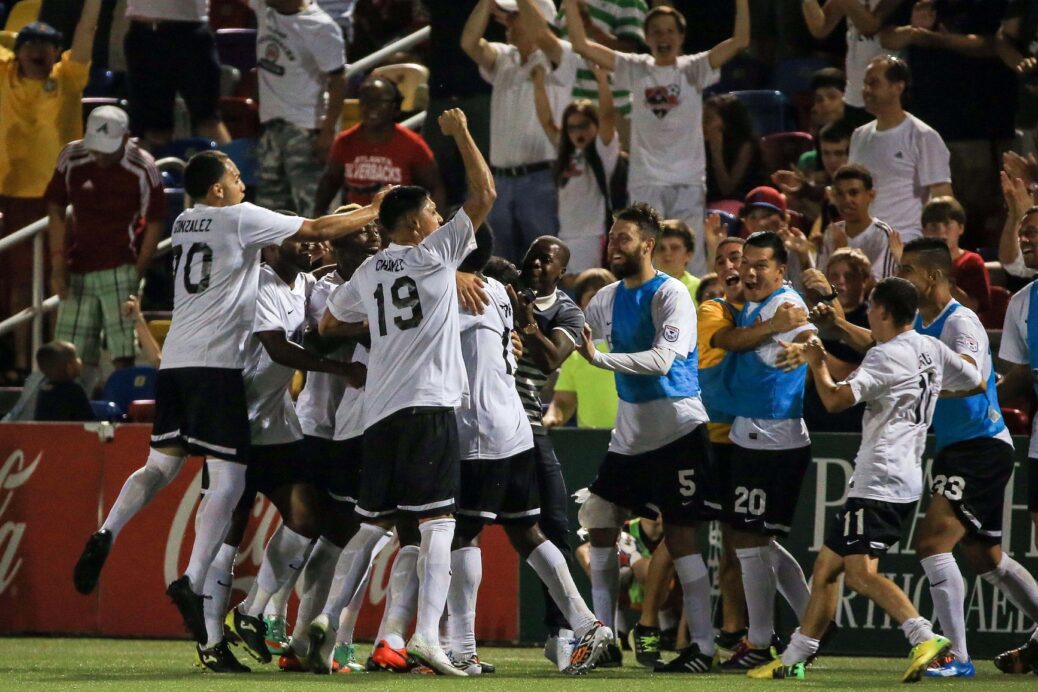 It’s been roughly one month since Gary Smith accepted the job as head coach of the Atlanta Silverbacks, but the MLS Cup-winning coach understands that he has plenty of work to do with his new team.

With just six players currently on the team’s roster, the Silverbacks have plenty of moves to make ahead of Smith’s inaugural NASL campaign. Smith insists that he believes a majority of those players will come via the local route, although the Englishman insisted that he hopes to add a few international signings to the team.

“I think the vast majority of players are going to be from the domestic field,” Smith told SBI Thursday. “There’s so many different players that are being put in front of me either by agents, or the guys that were here for last year whose contracts weren’t picked up. There are still guys that might be considered.

“There’s an awful lot of individuals that I need to try and look through, to investigate about and to look at their backgrounds to try and make sure that they are the right type to bring into the club. The right characters, the right quality and the right balance to make us successful and be competitive, for sure.”

Smith also says that he has identified a number of players from his time abroad, which saw him take charge of England’s Stevenage after three seasons with the Colorado Rapids. While he believes the international additions would be good for the team, Smith also admitted that there are obstacles that would prevent such a move.

“I’ve already identified two or three players that, at the right deal and the right circumstances, I would like to add to the group,” Smith said. “It’s never easy coming to terms financially or making the right package for players to get them to the U.S. I know there’s individuals that also have to have a desire to play in the U.S. and I feel ongoing talking to some of those players. If I could, it would be nice.

“The ones I’ve identified would give us some nice balance with experience and quality to add to the group and to take us in the right direction, Smith added. “…It’s quite possible that there are players that are in the UK, that I know certainly from the last couple of years, that could do us a job.”

After three seasons of watching Mark Anderson give the team fits as a member of the Fort Lauderdale Strikers, the Carolina RailHawks have added the English midfielder to their roster.

The RailHawks announced Wednesday that the club has signed Anderson, who was named a Best XI selection in 2012 as a member of the Strikers.

“We are very happy to add Mark to our roster,” said RailHawks head coach Colin Clarke. “Since joining the league in 2012 he has proven his abilities. Every time we played against the Strikers we knew he was a player to watch and now we are happy to have him on our side. I am sure that with him and the other additions to our roster we will be a step closer to bringing a Championship to the Triangle.”

In total, Anderson has compiled 19 goals in 65 games during his time in NASL. With the signing, the RailHawks roster now stands at 12 players ahead of the 2015 season.

“It’s a great honor to put pen to paper on a deal for the RailHawks. They have shown a lot of interest in me and it is always nice to know you’re wanted,” Anderson said. “I scored my first professional goal at WakeMed Soccer Park and I hope that I can help bring a lot of success to the RailHawks.”

From the famous amusement park to the smell of Nathan’s hot dogs, Coney Island has developed plenty of memories for both young and old in New York, prompting the New York Cosmos to head to the area in an effort to make some memories of their own.

The Cosmos announced Thursday that the club will play a May 2 matchup with Ottawa Fury FC at Coney Island’s MCU Park. The venue, which houses the Brooklyn Cyclones baseball team, seats roughly 7,500 fans and sits in close proximity to the famed boardwalk.

“2015 marks Raúl’s debut season with our club,” Cosmos Chief Operating Officer Erik Stover said. “So we’re delighted to have the opportunity to play our first-ever game in Brooklyn and to continue to connect with fans and the soccer community in New York City.”

The Jacksonville Armada enter 2015 as a new franchise, but the club will have a bit of experience on the roster when the team takes the field for the first time in February.

The Armada announced Thursday that the club has signed Argentinian midfielder Marcos Flores, previously of the A-League’s Newcastle Jets, Melbourne Victory, Central Coast Mariners and Adelaide United. In 2011, the 29-year-old was recognized for the A-League Goal of the Year, Adelaide United’s Player of the Year and the Johnny Warren Medal, awarded to the best player in Australia’s national clubs.

“Marcos brings a wealth of top-level experience to our club,” said Armada General Manager Dario Sala. “This is a significant signing for the Armada. I look forward to seeing him make a strong impact not just on the field but also in the locker room and in the community.”

Ottaway Fury FC have taken a step to strengthen their defense ahead of the preseason.

The team announced the signing of former Fort Lauerdale Strikers defender Rafael Alves on Thursday. Alves, who was a member of the Strikers side that reached the NASL Championship Final, played every minute of the 2013 season before featuring in 24 of the Strikers 27 games in 2014.

“Rafael brings quality and experience to our club,” said Fury FC Head Coach Marc Dos Santos. “We are very familiar with the type of player that he is and we’re confident that he’ll be a key component to our success in 2015.”

Alves scored one goal in 2014, which came, coincidentally, on opening day of the 2014 season against Fury FC.

What do you expect from the Silverbacks this season? How will Anderson impact the RailHawks? Excited to see the Cosmos play at Coney Island? How will Flores and Alves fit in with the Armada and Fury FC?