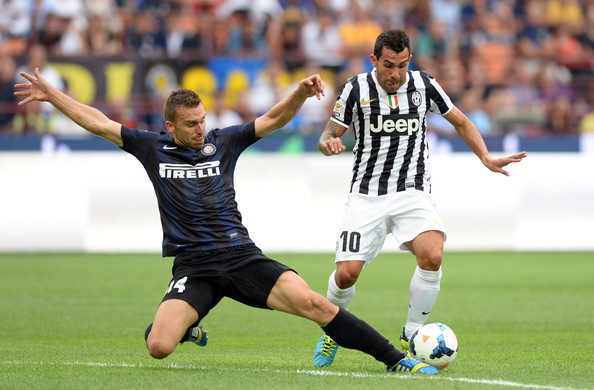 One day after officially completing his move to Inter Milan, Lukas Podolski could be lining up against his childhood team.

Podolski and Inter head to Juventus Stadium on Tuesday for the latest incarnation of the Derby D’Italia with three-time reigning champions Juventus. Podolski is likely to start the match on the bench, but could be thrust into action after illness has ruled Rodrigo Palacio out of action.

In England, the FA Cup resumes Tuesday with a clash between Premier League opponents when Everton take on West Ham. Everton will enter the meeting without James McCarthy, who will miss out due to a hamstring injury.