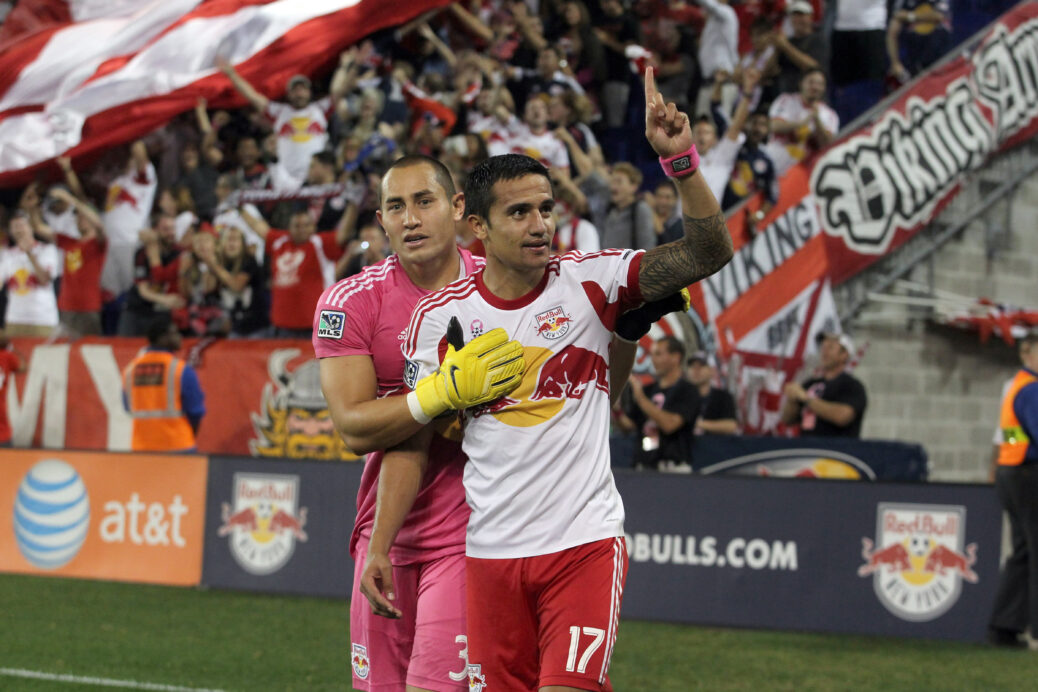 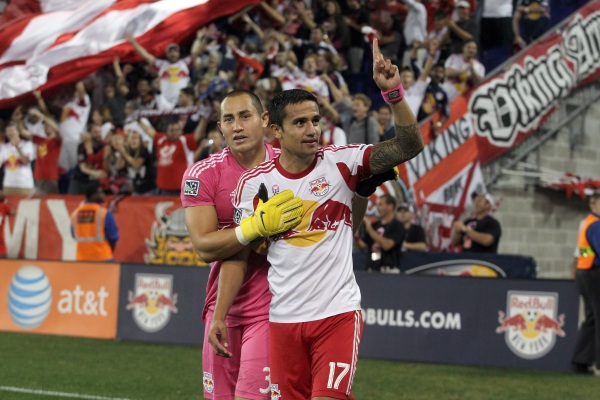 Tim Cahill’s time with the New York Red Bulls has officially and unsurprisingly come to an end.

The Red Bulls announced Monday that Cahill has left the club, with the two parties mutually agreeing to terminate the Australian’s contract. Cahill had one more year on his deal, and leaves New York after two-and-a-half seasons.

“This decision was not made lightly, and it is the result of many conversations between our staff, Tim, and his agent,” said Red Bulls Sporting Director Ali Curtis. “After much deliberation, we have agreed that this decision is best for all involved. We thank Tim for his service to the organization.

“He positively impacted the growth of the beautiful game in the United States, MLS and for the Red Bulls. We are pleased that Tim will continue to be an ambassador for Red Bull moving forward.”

Cahill is reportedly nearing a move to China’s Shanghai Shenhua, according to the Sydney Morning Herald, in a deal worth a reported $3 million.

The 35-year-old attacker – who just led Australia to an Asia Cup championship – scored two goals for the Red Bulls in 23 appearances this past season, 18 of which were starts.

In total, Cahill scored 14 goals and had 10 assists in 62 regular-season appearances for New York. He also helped the club win the 2013 Supporters’ Shield, the Red Bulls’ first significant trophy.

“I’ve enjoyed every moment of my time at the Red Bulls and leave with great memories,” said Cahill in the same statement. “I joined with the ambition of helping to grow and positively affect soccer in the U.S. and I feel immensely proud of what we achieved as a team during my time in the MLS.

“Winning the Supporter’s Shield, was without doubt, one of the best moments I have experienced in my career and I am now looking forward to my next chapter, of which I will announce in due course.”

What do you think of Cahill’s departure? How will you remember his time with the Red Bulls? Would he have best been served to stay in New York for the 2015 season?