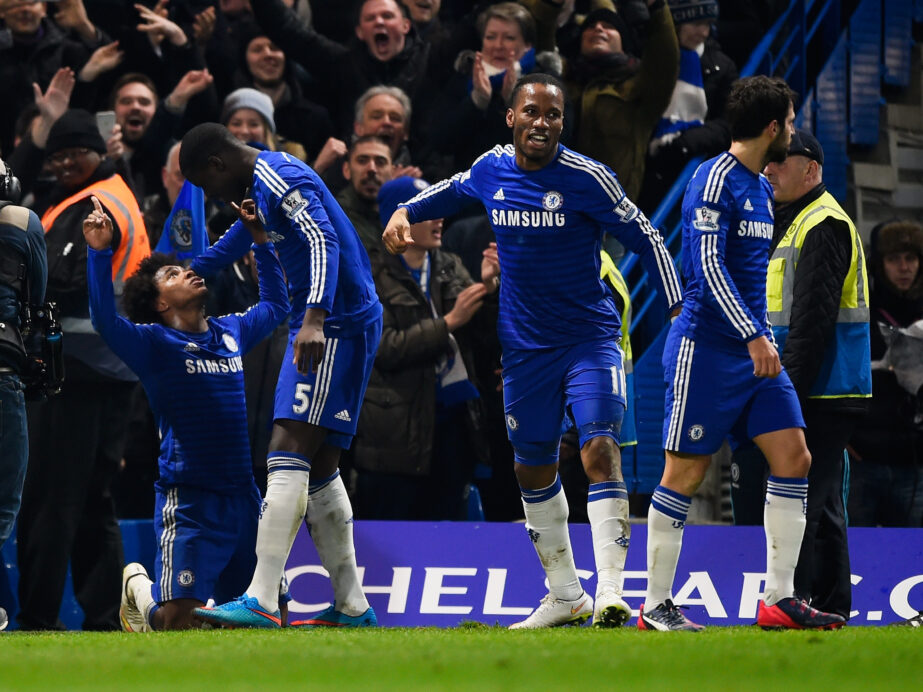 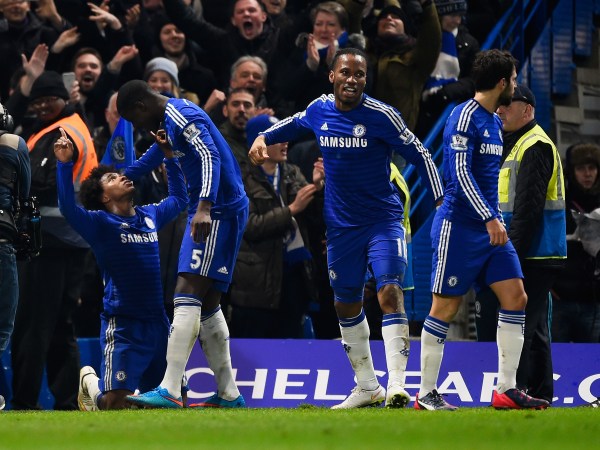 It did not come easy, but Chelsea maintained its seven-point lead atop the Premiership standings after squeaking by Everton in dramatic fashion.

Chelsea used a deflected, 89th-minute strike from Willian to pick up a 1-0 victory over Everton on Wednesday, but the decisive play came a mere moments after the Toffees lost Gareth Barry to an ejection. Barry was sent off with his second yellow a minute, and Everton fell asleep just enough for Willian to crack the code that was Tim Howard.

Howard made his return in the match after being out of action since Dec. 26 because of a calf injury. The American goalkeeper looked like he had not missed any time, making six big saves for Everton before eventually getting beat by Willian’s late shot.

The victory moved the Blues to 59 points on the season and kept them seven clear of second-placed Manchester City, who also grabbed a win on Wednesday with a 4-1 triumph over Stoke City.

Here is a rundown of the rest of Wednesday’s Premier League results, and more news from around the world:

Aston Villa announced the firing of Lambert on Wednesday, a day after the club suffered a 2-0 loss to Hull City. That result dropped the Villans into the relegation zone in 18th place, and was their seventh loss in 10 league matches.

During that humbling stretch, Aston Villa has nabbed just three points (all ties) and scored only two goals. The Villans’ last win was on Dec. 7 against Leicester City.

Barcelona’s chances of reaching the Copa del Rey final were always high. They are now even higher.

Barcelona moved a step away from the tournament’s championship bout after beating Villarreal, 3-1, at home in the first leg of their semifinals series. Leo Messi saw his 41st-minute opener canceled out by Manu Trigueros three minutes after halftime, but Andres Iniesta found the winner seconds after Villarreal’s equalizer and Gerard Pique added an insurance tally.

The second leg of the series will be played on March 4, with Barcelona looking to close out the series.

Parma is in a bit of financial trouble, but its new president Giampietro Manenti believes things will soon take a turn for the better.

Parma reportedly owes approximately $109 million, with players owed wages dating back to July 2014, but Manenti believes the club’s debt will be paid off by the end of the month.

“Parma’s debt is not what I’ve read in the newspapers,” Manenti told Parma’s official website. “We hope to pay off the income tax by the 16th and a few wages.

“Then between the 20th and 22nd, we will try to pay off everything else.”

Manenti is part of a Slovenian-based company that purchased Parma earlier this week for one euro. The company, Mapi Group, is Parma’s third owner this season.

What did you think of Chelsea’s win over Everton? Who should Aston Villa hire next, or is the club doomed for relegation no matter who is in charge? Do you see Barcelona reaching the Copa del Rey final?