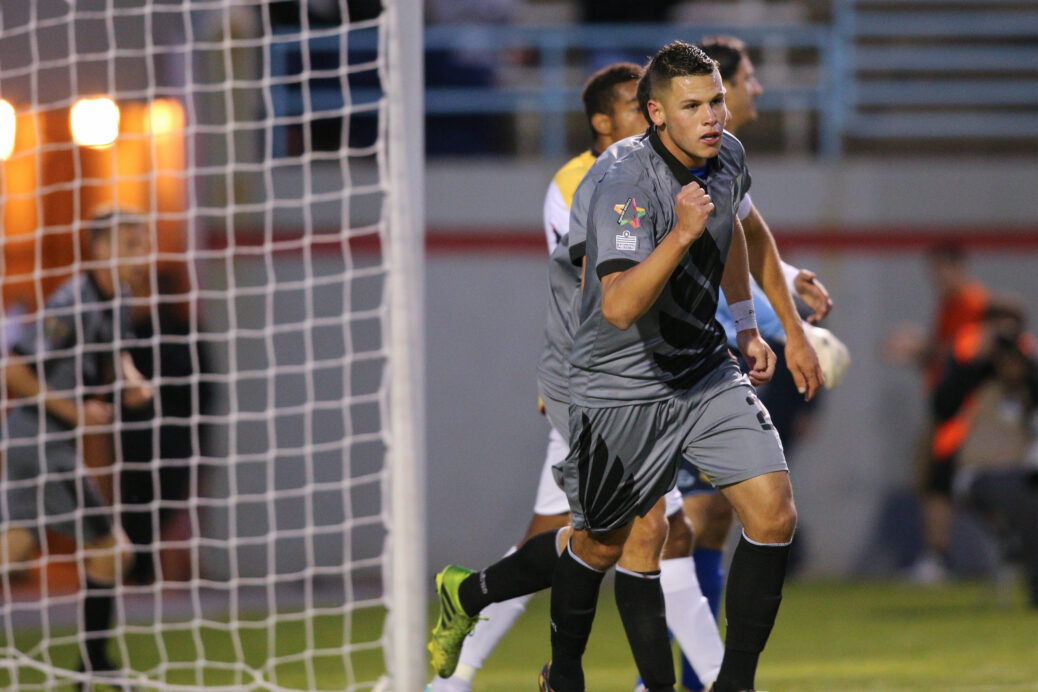 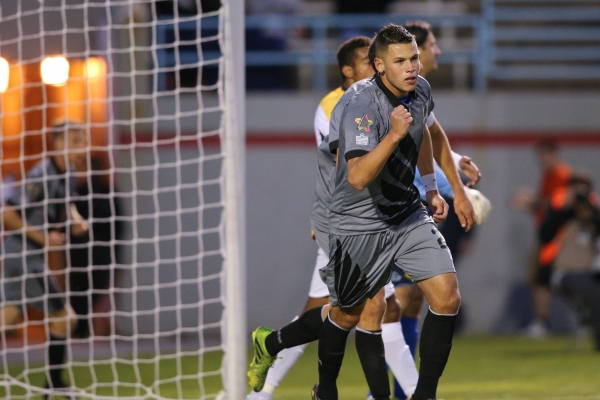 After taking the NASL by storm en route to last season’s Golden Boot, Christian Ramirez has opted to extend his stay with Minnesota United.

The club announced Thursday that Ramirez has signed an extension that will keep the forward in Minnesota through the 2017 season. Ramirez led the league in goals last season with 20 while also contributing six assists.

“It’s huge for the club, We are already a special club and this shows that we are continuing to build our current roster, and also for the future,” head coach Manny Lagos said in a statement. “It’s another example of our ownership group giving us a vision about how we want to develop and grow as an organization and drive forward.”

“Having Christian back for the next three years is outstanding,” Lagos added. “He is a great young person and an amazing player that has so much more to give. It’s a great day for Minnesota soccer to have signed a player that has already done so much and will continue to develop and do so into the future.”

For Ramirez, who also contributed the NASL Goal of the Year last year, staying in Minnesota presents a special opportunity for both himself and his family.

“It’s really special for my parents,” said Ramirez. “This is a sport that they shared with me and they have supported me for a very long time. I’m thankful that the club believes in me, and I just want to keep working hard and reward the club for believing in me. For me individually, this is a great place to keep growing as a pro, and that means a lot to me.”

Here are some more NASL news and notes:

Fresh off a 1-0 victory over the Philadelphia Union Tuesday, the Tampa Bay Rowdies are looking forward to Thursday night’s matchup with Sweden’s Malmo. The day after, however, is one that head coach Thomas Rongen is already beginning to dread.

Rongen are set to trim the club’s roster Friday, or “Bloody Friday” as Rongen calls it. Having played eight trialists in the victory over the Union, Rongen and his staff have seen plenty to be excited about, even though they know that the staff knows they will soon be losing some players that have already adopted the ethos of the team.

“We saw ‘The Rowdies Way,’ ” Rongen told SBI, “and that’s something that, regardless of who we play, the work ethic, the discipline, being smart, communicating, being dedicated and loyal, those guys showed all those (against the Union). If you do that, you’re going to become a hard team to play against. With that, we have players of certain quality that are difference makers too.”

Regardless, Rongen knows that the day is coming where things are to progress. The Rowdies plan to use Thursday night’s friendly with Malmo as another chance to look at potential additions, but the action will also prove to be some of the group’s last appearances with the club.

“Unfortunately, Bloody Friday is coming, Friday the 13th,” Rongen said. “That’s when we’ve got to cut six-to-eight players who are all currently on trial who all played against (the Union), but that’s the nature of the beast.

“They’re going to make it hard on me. Everyone’s done a very good job in the last two weeks.”

The New York Cosmos closed off their 2014 campaign with a semifinal loss to the eventual champion San Antonio Scorpions. Having claimed the league title before, the club’s second season was a bit of a disappointment, but head coach Giovanni Savarese has now problem putting things in perspective.

In an offseason headlined by the acquisition of Spanish legend Raul, the Comos have retooled and now have their sights set on another championship. Savarese, however, insists that the club as it stands chooses not to focus on the past and instead focuses on the standards that got them there in the first place.

“I think that we did have a good season with still getting to the semifinal and going all the way to a match that could have gone either way to put us in the final,” Savarese said on a conference call. “For us, we have high standards. It’s not defined by what we’ve done last season. Last season is part of the past. The year before, winning the championship is part of the past.

“We have high standards, we have big goals, and we’re taking that mentality to be able to come this year and be the best that we can be… We’re not looking back; we’re looking forward.”

While the Cosmos will continue to look forward to claiming another NASL crown, Savarese understands that there will be pitfalls along the way.

One such roadblock will be maintaining the fitness of the club’s veterans, as cornerstones Raul and Marco Senna are 37 and 38-years-old, respectively. With a total of six outfield players into their 30’s, Savarese already has an eye on roster management in an effort to make sure his older stars maintain form throughout the long NASL campaign.

“We’re going to make sure that we play the guys in the way that they’re able to play,” Savarese said. “One thing that we have this year is just a lot more competition at each position… That will be very good because everybody knows that there is a lot of competition to get into the starting lineup and to start games.

“So far, that’s been great. Players like Marco Senna and Raul, they’ve done a lot of work in the offseason to prepare for the preseason and the season as well.”

Fresh off claiming the 2014 title, the San Antonio Scorpions have bolstered the group’s midfield with the acquisition of an NASL veteran.

The Scorpions announced Wednesday that the club has added midfielder Pablo Cruz on a transfer from the Atlanta Silverbacks. Cruz contributed four goals in all competitions in 2014 and made 52 career appearances for the Silverbacks.  Terms of the deal were not disclosed, as per league policy.

“Pablo Cruz is a former United Sates Youth National Team player and is a fantastic acquisition who bolsters our offense,” said Scorpions head coach Alen Marcina. “He fits the style of play we employ with his speed, he’s good with the ball at his feet, and he possesses the ability to penetrate defenses and cause problems.”

The Fort Lauderdale Strikers are set to have a defensive unit that features plenty of NASL experience.

The club has re-signed captain Ivan Guerrero while also announcing the addition of defender Jordan Graye, previously of the Carolina RailHawks.

Guerrero, who joined the Strikers in 2013, led the league in minutes player in 2014, having registered 2,626 of a possible 2,640 minutes. The left back led the Strikers in assists in 2013 with six while also contributing three more in the 2014 campaign.

“Over the past two seasons, Guerrero has shown that he is one of the premier defenders in the league,” Strikers Head Coach Marcelo Neveleff said. “A leader and a professional on and off the field, he has commanded the respect of his teammates as well as the fans. We’re excited to have back such an important member of the club.”

Graye, meanwhile, joins after spending the last three seasons as a member of the RailHawks. Formerly of D.C. United and the Houston Dynamo, the right back made 39 appearances for the RailHawks throughout his time with the club.

“Jordan brings strength, athleticism and versatility to our defense,” said General Manager Amaury Nunes, “and his MLS and NASL experience will contribute a lot to our group on and off the field.”

Brandon Poltronieri has already plied his trade in Costa Rica, Portugal and the U.S., but now the midfielder can add a Canadian stamp to his club-career passport.

Ottawa Fury FC announced Thursday that the club has signed Poltronieri, who spent 2014 with the Atlanta Silverbacks.  The 29-year-old midfielder, who represented Costa Rica on the youth level, made five appearances last season in the absence of starting left back Mike Randolph, who coincidentally signed with Fury FC in January.

“Brandon fits the exact profile we were looking for,” said Fury FC head coach Marc Dos Santos. “We needed a player who could cover the left side of the field. He plays in different positions and has the experience needed to be successful in Ottawa. Brandon’s approach to the game is very important for us.”

What do you think of Ramirez’s new deal? What do you expect from the Rowdies this season? How would you manage the fitness of the Cosmos if you were Savarese?