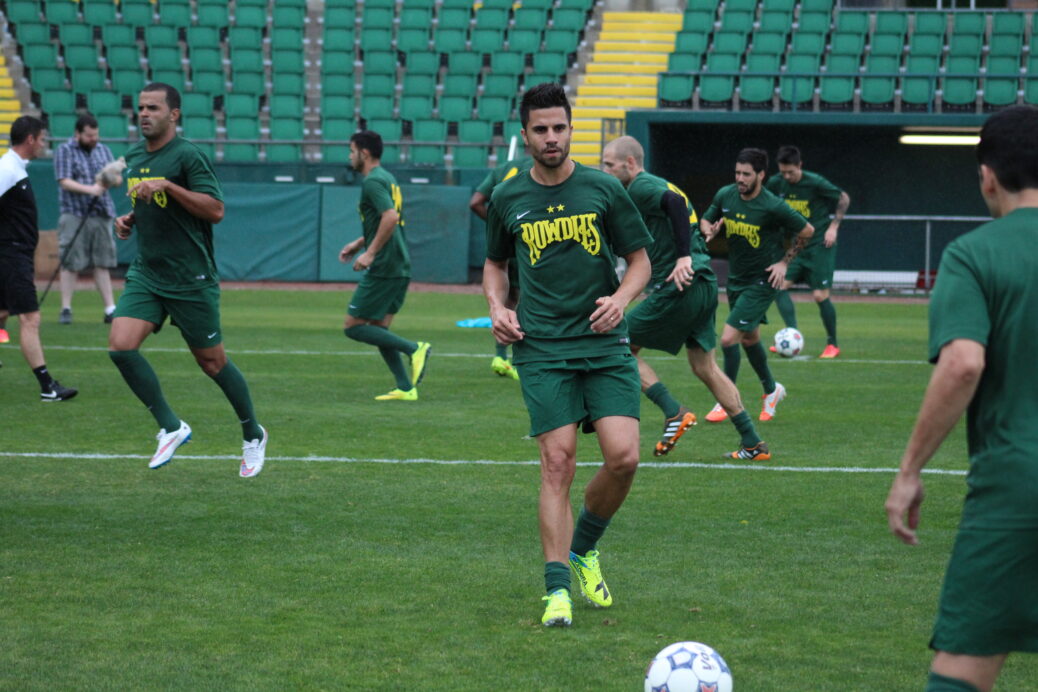 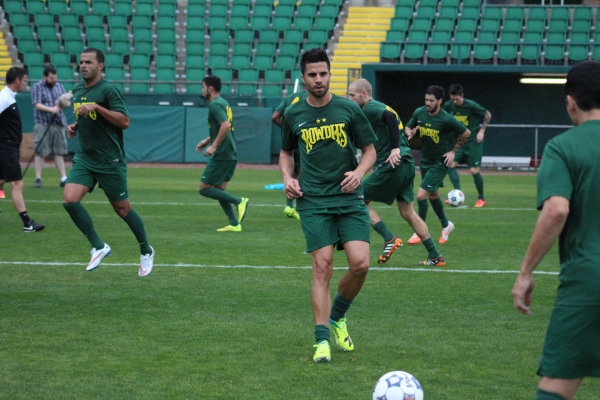 Heading into his first season as head coach of the Tampa Bay Rowdies, Thomas Rongen wanted to sculpt his team around a certain type of player.

Rongen wanted a versatile player who would provide leadership and instill his team with a refuse-to-lose attitude that could potentially kick-start the club’s championship aspirations.

Rongen found exactly what he needed in midfielder Marcelo Saragosa.

Saragosa comes to the Rowdies ticking all of the proverbial boxes. As a nine-year MLS veteran with an MLS Cup and U.S. Open Cup on his resume, Saragosa brings the experience of a proven winner. The Brazilian also brings the fire and passion that come with a determined return to the U.S.

After departing D.C. United in 2013, Saragosa spent 2014 in Brazil before earning a renewed green card ahead of his Rowdies move. Saragosa, who hopes to someday become a permanent resident of the country, has had two children born in the states. His wife, Carolina, a volleyball player whom he met at Brazilian club Sao Paulo, also has a green card.

As a result, Saragosa can live close to friends and family in Orlando, including Orlando City star Kaka, who Saragosa has known since his days at Sao Paulo. The duo even served as best man at each other’s weddings. Like Kaka, Saragosa possesses a special desire and determination to win that is matched by few in the game.

“He has an innate ability, and you can’t teach this, a lot of people say ‘I want to win,’ but he’s one of those guys that takes it a step further,” Rongen told SBI. “He says, ‘I refuse to lose,’ and that’s another notch up. That’s pushing the threshold a little bit further of pain.

“I’ve always said this: I want to win the championship. Guys that refuse to lose, basically — and he has that — are just not too easy to find quite frankly.”

In Rongen, Saragosa sees a head coach as passionate and determined as he is. Rongen’s presence was part of what drove Saragosa to Tampa Bay, and part of what Saragosa believes will be a key part in the team’s success.

“I think he’s the same as me,” Saragosa told SBI. “He likes to work hard and he’s emotional like me. I think we have the same blood, that’s what I can tell you.”

In addition to Saragosa’s boiling blood, Rongen sees a level head that can prove vital in the Rowdies’ 2015 season.

Rongen says that, at age 33, Saragosa’s physical attributes aren’t quite what they once were, although that was never the Dutchman’s expectation. Rather, Rongen sees Saragosa as a catalyst, both physically and vocally, and the team’s key conductor between defense and attack.

“He’s come in and gone about doing his business the way I envision this to happen, which I knew because I know him quite well,” Rongen said. “He’s come to play each and every day, worked hard, set a great example, but also verbally, he’s been just awesome in terms of just conveying information to his teammates and taking our views as coaches, our textbook views in particular because he’s very smart, to just another level.

“We’ve surrounded him with a lot of young legs to do that, but I expect from him to, in our defensive and offensive transition, to be a catalyst. He’s a great player that can break up plays and start up our attack. He’s a great player, when we win it, to play through because he really loves the ball.”

Saragosa understands that role well and has taken on the responsibility of mentor and teacher, as Rongen says a lot of the Rowdies’ veterans have.

The Brazilian understands that his words will have to be as powerful as his tackles, his lessons as strong as his play, in order to push the team to its highest level.

Saragosa’s happiness, as he says, will be taken “step-by-step,” much like the 2015 season will be for both him and his new team.

“I’m very excited to try something different,” Saragosa added. “The NASL is obviously something very different for me, so I hope I can give to the club what they’re giving to me right now.”