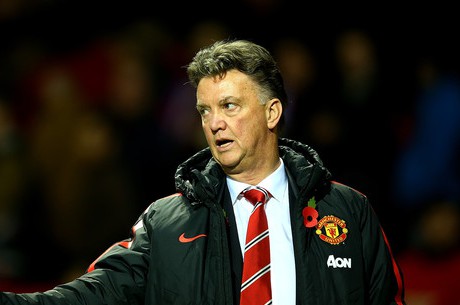 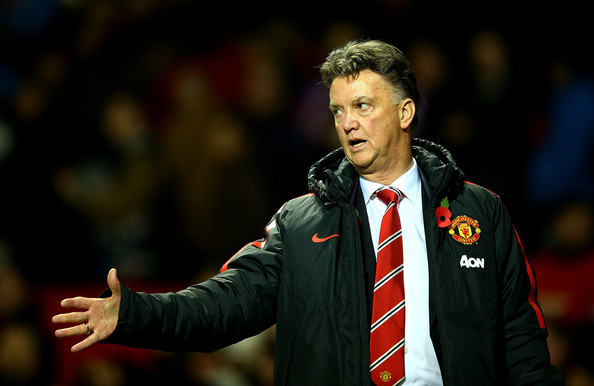 The Dutch manager admitted Sunday that his side is still in need of a two-way central midfielder, as the Red Devils have been forced to use Wayne Rooney in the role throughout the season.

“Of course that’s the case. I’m looking for balance and I need it in midfield,” van Gaal said. “The last games I played with Adnan Januzaj and Angel Di Maria in the midfield positions. Then you need a certain balance for those kind of creative players.

Manchester United have been linked with moves for Juventus’ Paul Pogba and Roma’s Kevin Strootman, who van Gaal previously managed with the Dutch national team.

For Zlatan Ibrahimovic, Saturday’s celebration was certainly worth a yellow card.

The Paris Saint-Germain striker removed his shirt after scoring the opening goal in PSG’s eventual 2-2 draw with Caen, revealing a series of names tattooed on his body. The Swedish star says his celebration was an effort to draw attention to world hunger, as each name inked onto his torso was meant to send a message.

“On Saturday against Caen, when I took my shirt off, everyone was asking what all the new tattoos were,” Ibrahimovic said. “I had 50 names temporarily tattooed on my body. They are the names of real people who are suffering from hunger around the world.

“The tattoos have gone, but the people are still out there. There are 805 million people who are suffering from hunger around the world. I want you to see them, via me, to help the World Food Program. This is the first time I have publicly engaged with a charity. If we can reach out to the world leaders, I am sure that together, we can solve the problem of hunger throughout the world.”

Honduran defender Juan Carlos Garcia is currently in the hospital after being diagnosed with leukemia.

Garcia, who currently plays for Wigan Athletic, was sent to Manchester’s Christie Hospital this week due to illness, and Wigan manager Malky Mackay revealed Monday that that illness has been revealed to be the blood disorder.

“[The chief executive] Jonathan Jackson, myself and the doctor have had various chats on it,” Mackay said. “We’ve flown his mother, his wife and his sister over from Honduras to be with him and arranged accommodation close to the hospital as well.

“It’s something that is obviously a real blow for Juan Carlos’s family and everybody connected with the football club. We’re going to make sure that he gets the best care possible.

“I went in to see Juan Carlos and he was incredibly upbeat and his spirits were strong. He’s going to fight this and make sure he gets through this for the sake of his wife and kids. Everybody at the club is wishing him all the best as I’m sure that all our fans are.”

Garcia has made 34 appearances for Honduras and has scored one goal, a bicycle kick agains the U.S. Men’s National Team in World Cup Qualifying.

Despite a hefty offer from a Thai businessman, AC Milan owner Silvio Berlusconi insists he will not sell the club. (REPORT)

Newcastle United midfielder Jonas Guttierez has returned to the club after a move to Argentina’s Velez Sarsfield fell through. (REPORT)