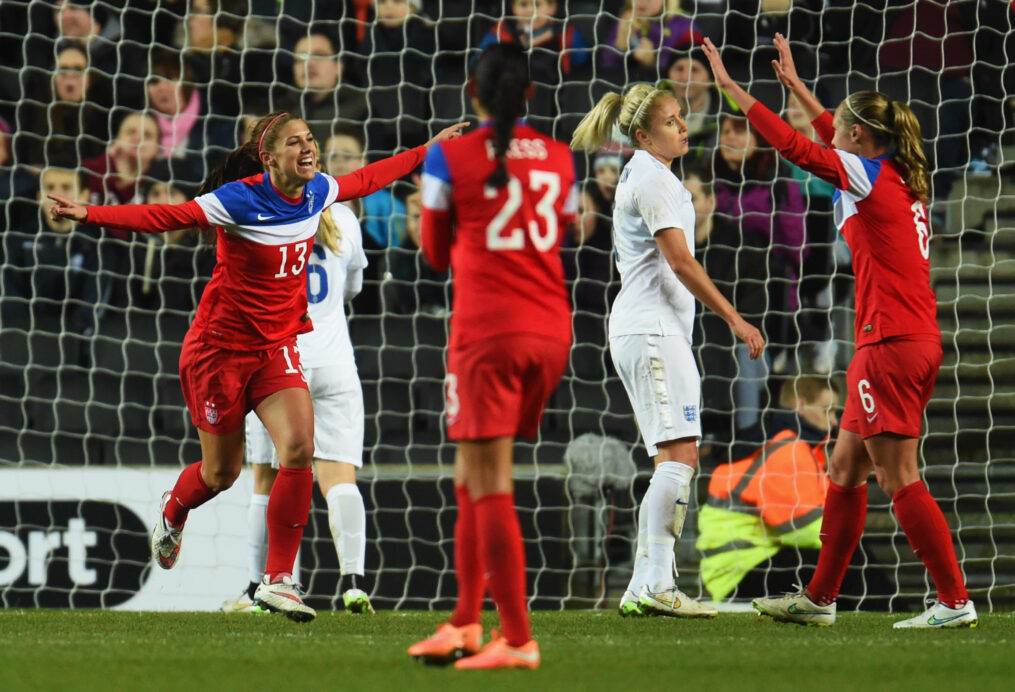 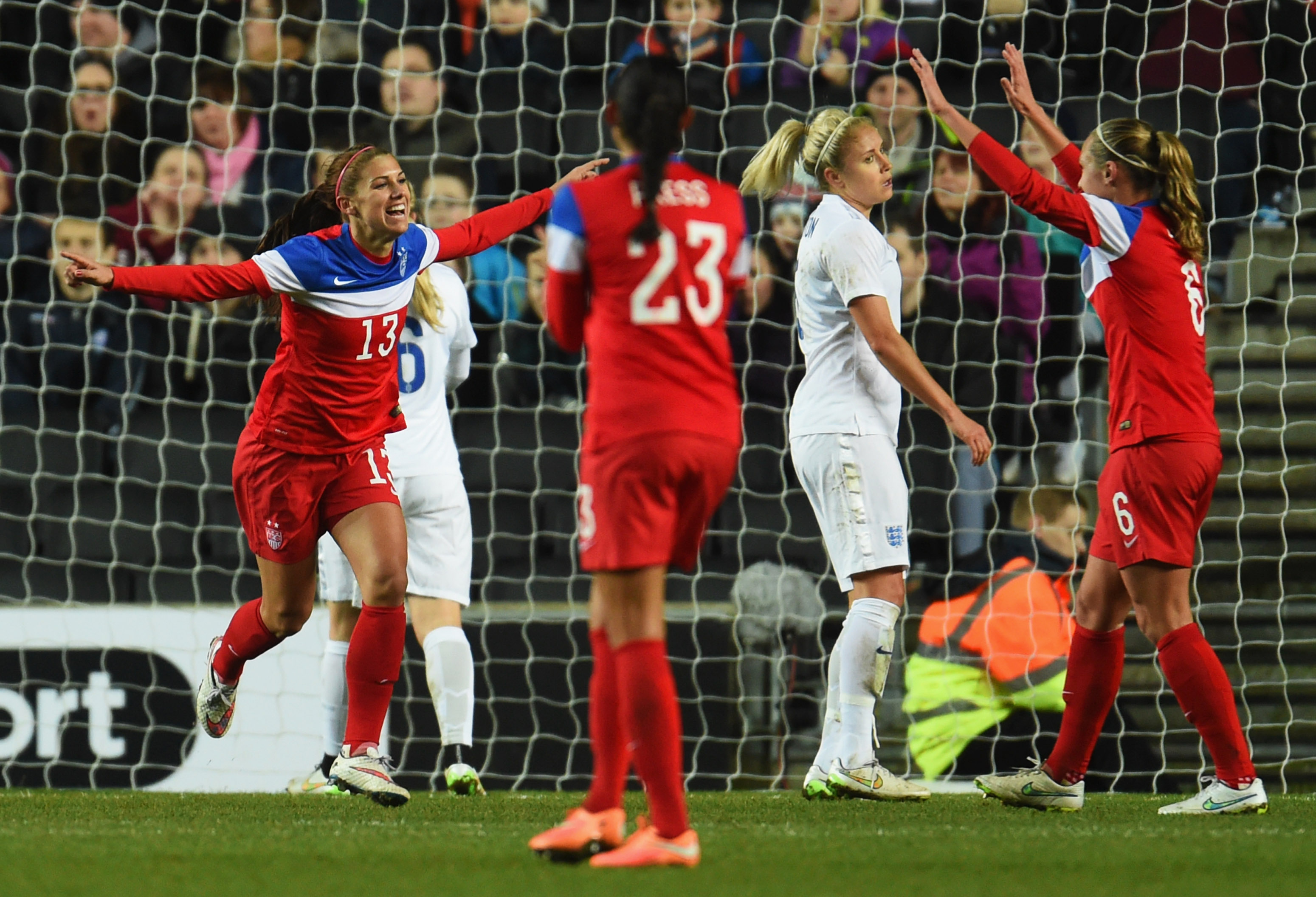 It took Alex Morgan 21 minutes to even touch the ball, but once she got involved, a rocky start for the Americans in Milton Keynes took a turn for the better.

Morgan’s 26th-minute header Friday lifted the U.S. Women’s National Team over England, 1-0, with the help of a bad offside call against England that canceled an equalizer. The goal was 25-year-old Morgan’s 50th for the national team.

With the USWNT working the ball along the right side, Lauren Holiday sent a cross into the box that Morgan jumped to meet with her head, placing the ball just out of goalkeeper Karen Bardsley’s reach.

England would have equalized in the 56th minute, if not for a mistaken offside call. Goalkeeper Ashlyn Harris parried away a Fran Kirby shot, which bounced off the post before forward Jodie Taylor rushed into the box to tap it in. The sideline referee called it offside, but replays show Taylor was well onside.

After a stinging 2-0 loss to France just five days earlier that left the USWNT winless in their last four, the Americans were keen to show they could get a result against England. But the Americans struggled to possess early, resorting to fruitless long balls targeting Morgan.

Once the Americans took the lead, they settled and pulled back from the direct play, opting to knock the ball around, which a deep-lying England team allowed freely. England only started to turn up the pressure late, but was running out of steam by then.

The Americans again came out in a 4-4-2, which they used in their loss on Sunday, with Abby Wambach paired with Morgan, pushing Christen Press to the midfield flank. Coach Jill Ellis also replaced fullback Lori Chalupny with Ali Krieger, while the rest of the lineup was nearly the same.

Harris, the replacement for suspended goalkeeper Hope Solo, was seldom called upon as England squandered some of their best chances. Her lone challenging save of the match came in the sequence that should have resulted in England’s equalizer.

For the Americans, their upcoming matches in the lead-up to this summer’s World Cup should be considerably easier. England is ranked No. 6 in the world; France is No. 3. Their next pre-World Cup opponents all sit outside the top 10, with a huge drop-off in quality.

The Americans will resume play in March when they head to the annual Algarve Cup in a group with Norway, Iceland and Switzerland.