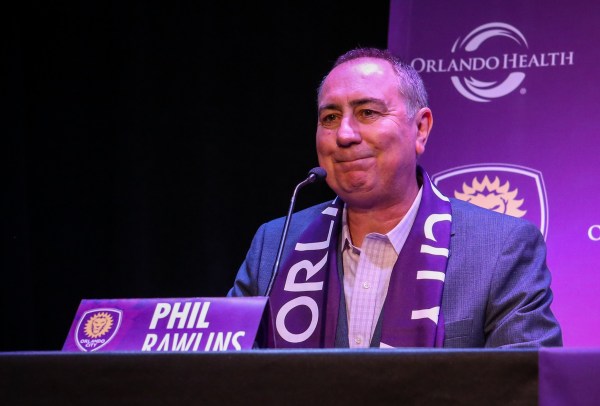 Failure to secure a permanent stadium location has resulted in the year-long delay, something which Rawlins said he’s hopeful can end. Miami-Dade County officials unanimously voted earlier this week to temporarily place Beckham’s Miami team at FIU stadium, which sits roughly 18,000 fans. However, MLS has said it requires a permanent soccer stadium as a prerequisite for Miami expansion.

“We’re very hopeful that they’ll achieve success in Miami,” said MLS Commissioner Don Garber on the ongoing Beckham predicament. “As an announcement just the other day of the public sector coming together and making some decisions for a temporary venue, should they be able to get a permanent venue selected.

“We’ve been very clear that they need to have a permanent venue for us to grant them an expansion team, it’s no different than any market. David Beckham loves the city, he wants to be here, we’re hopeful we can make progress in the months to come.”

Orlando City in the meantime has shifted its focus on rivalry to fellow expansion-side New York City FC. Orlando City hosts NYCFC on March 8 for the clubs’ inaugural MLS game.

Here are some more Orlando City notes from Thursday:

The mission is on, and operation #FillTheBowl has officially begun, but comes afterward will emulate Orlando City’s soccer-specific stadium, expected to open in 2016.

With a target to reel in roughly 60,000 fans to the renovated Orlando Citrus Bowl on March 8, Rawlins told reporters on Thursday that seating capacity after the club’s inaugural game will be capped to 20,000. There will be no tarp covering the upper bowls during regular season games.

“We will for a majority of the game cap the capacity of the Bowl to around 20,000,” said Rawlins. “We don’t intend to tarp the rest of the stadium. The reason for that is a majority of our games will likely take place in the evening.

“Our fans know by being at the Citrus Bowl before when the sun goes down and we fill up that lower level, it’s a very intimidating and very loud place to be, so no need to tarp when people are focused on the game and focused on watching Adrian [Heath]’s team score goals.”

PAULO ANDRE OPTS NOT TO SIGN WITH ORLANDO CITY

Orlando City’s search for a starting and experienced center back continues after Brazilian defender Paulo Andre decided not to sign with the Lions.

According to a report from the Orlando Sentinel, OCSC will consider both domestic and international options after the player found the club could not compete with the offers being made by Brazilian clubs.

What do you think of a potential Orlando City-Miami rivalry? What do you expect in terms of attendance this season? Any concern over defensive depth?