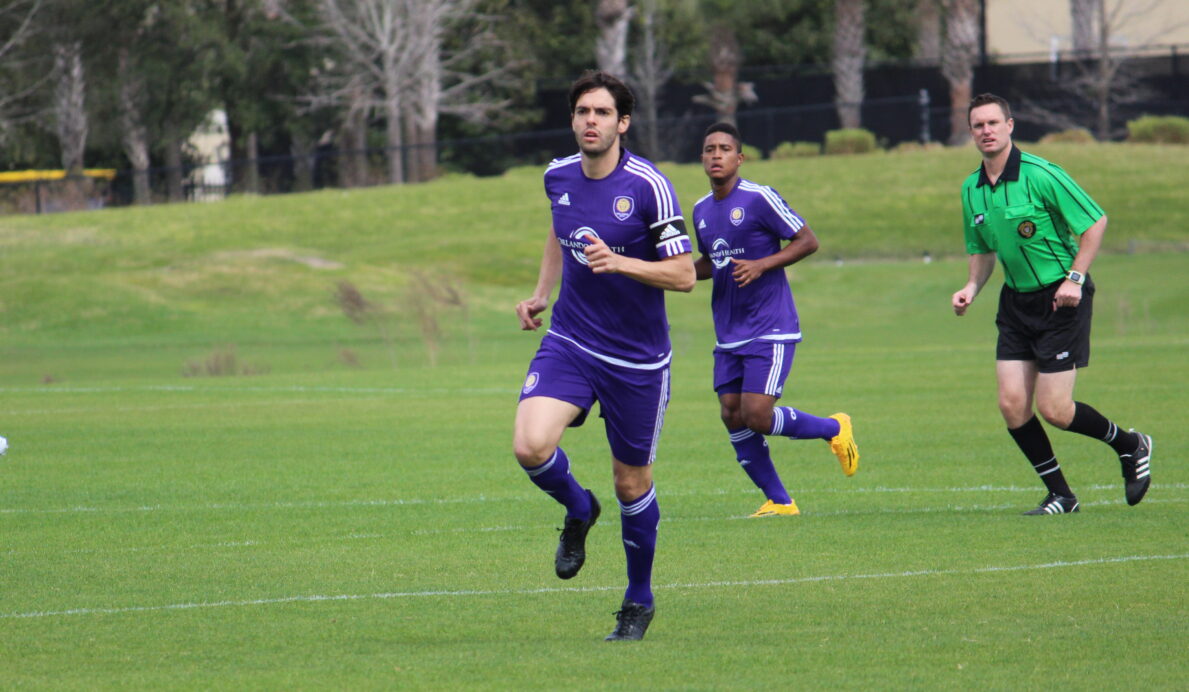 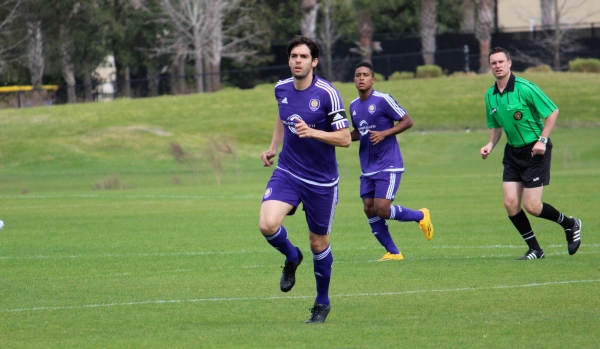 The former World Player of the Year only played the first half, and scored his first goal in Orlando City colors after converting on a penalty kick in the 33rd minute, moments after he set up Northern Ireland striker Martin Paterson’s goal in the 30th minute.

“The first game always has motivation and something special,” Kaká told reporters. “We have a lot of things to improve. Every game we have to do better things, but we did better than the last game. The team played well today and needs to improve for the first game.”

The Brazilian Designated Player started the game wearing the captain armband, and when he was asked if head coach Adrian Heath selected him to lead the Lions through the 2015 Major League Soccer season, he said, “Coach just gave to me the captain armband, but I’m happy with that as well.”

Heath cited Kaká’s leadership on the field as a main reason to pilot OCSC through its inaugural season. Heath also praised his partnership with Kevin Molino, which was still in the ‘early days’ stage but could come to fruition through the season.

“He’s been a leader everywhere he’s been,” said Heath on Kaká being tipped as captain for the upcoming season. “I don’t see any reason he wouldn’t be the leader here for us, but for our younger guys he’s going to be a great role model to follow and the one good thing about him is you know he’s going to behave himself when gets on the field.”

Orlando City remain unbeaten in preseason so far – one victory and one draw – however, pivot their focus on coming together before the Carolina Challenge Cup where they’ll meet fellow expansion side, New York City FC in the opening game of the preseason tournament.