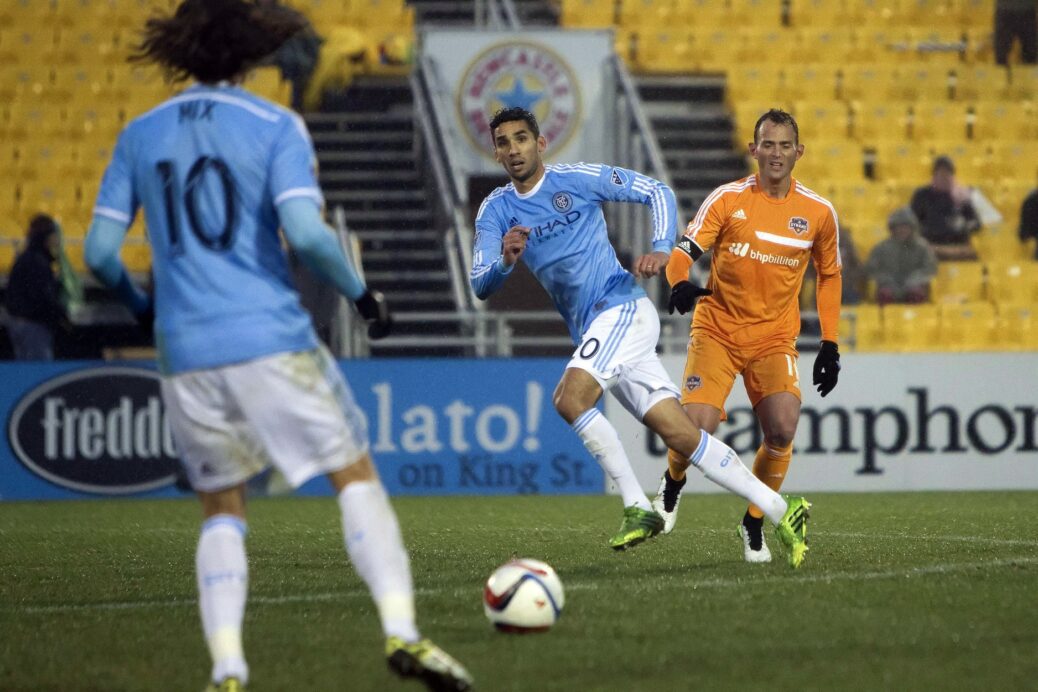 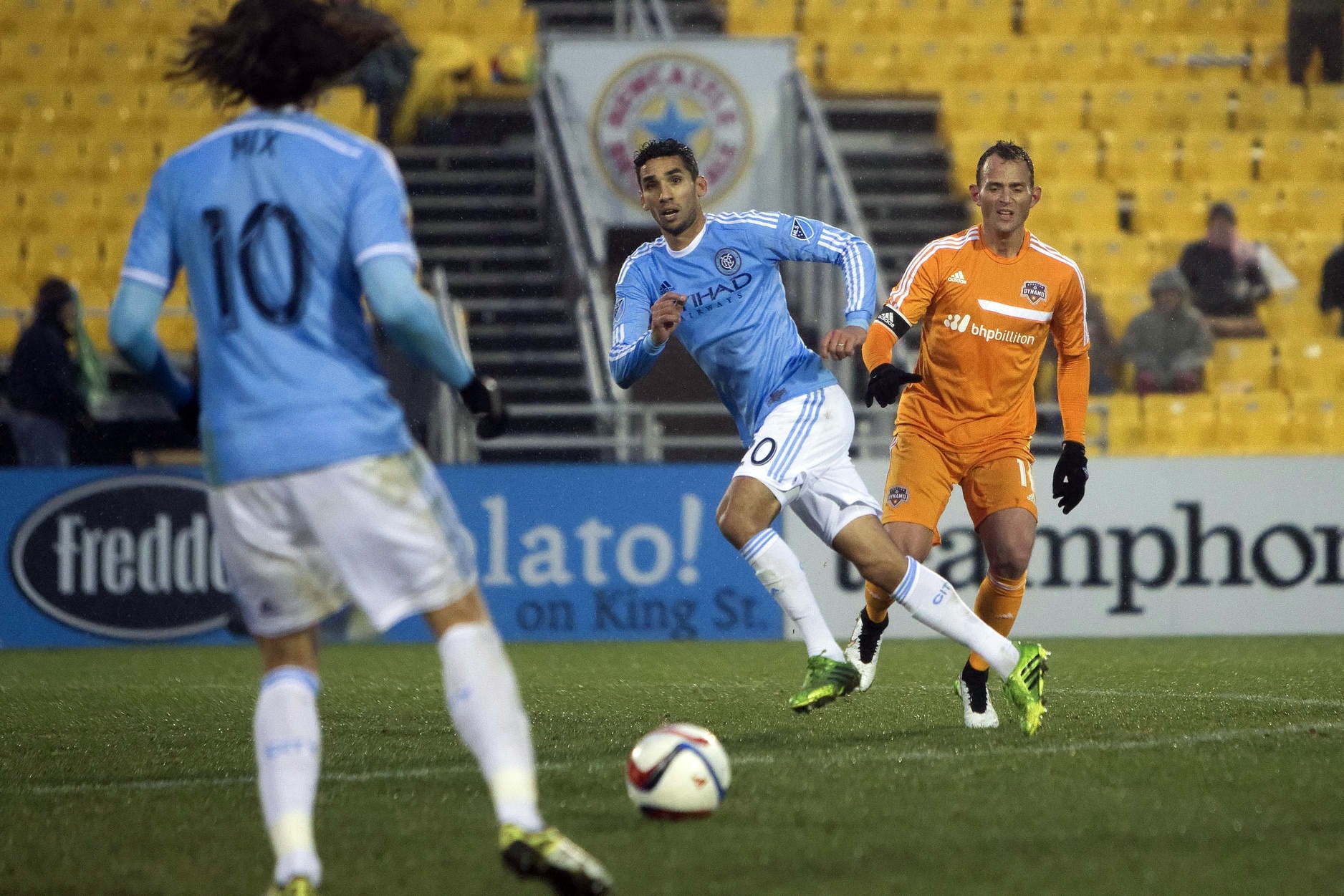 A late surge of expected starters was not enough to turn New York City FC’s fortunes around Wednesday night. Led by a goal and an assist from captain Brad Davis, the Houston Dynamo edged out NYCFC, 2-1, at the preseason Carolina Challenge Cup.

After a scoreless first half, Davis broke the deadlock shortly after the break, volleying a Kofi Sarkodie cross. Davis returned some 20 minutes later, serving a cross to Boniek García to double the lead.

With David Villa sidelined for minor injuries, NYCFC substituted in a batch of starters in the second half, including Mix Diskerud, who scored in the 81st minute, but an equalizer was never found.

The match was one of six preseason matches that saw MLS clubs facing one another on a busy preseason Wednesday. Four other matches saw MLS teams play competition outside the league.

Here is a rundown of the rest of Wednesday night’s MLS preseason results:

The New York Red Bulls are off to the Suncoast Pro Classic final after topping Toronto FC on Wednesday night, 2-0.

Bradley Wright-Phillips and Sal Zizzo each scored a goal against a TFC side that looked to give minutes to reserve players. Alex Bono made his TFC debut in goal at the second half, conceding Zizzo’s goal shortly after coming in.

After playing to a 1-1 draw, the Philadelphia Union slipped past the Columbus Crew to advance to the final of the Suncoast Pro Classic.

The Union scored on all five penalty kick and Rais Mbolhi’s save on Justin Meram in the third round was enough to secure the win.

Fernando Aristeguieta opened scoring in the 27th minute, nodding in a Sheanon Williams cross for the early Union lead. The Crew retired fire in the 72nd minute as Justin Meram stripped the ball from Michael Lahoud and chipped it over Mbolhi.

Despite going down a man with a half hour left to play, the New England Revolution ran past a young Seattle Sounders side, 2-1, at the Desert Diamond Cup.

The Sounders took an early lead when Kenny Cooper slid into a Darwin Jones cross in the fourth minute. That lead lasted another 43 minutes until a Damion Lowe own-goal cost the Sounders.

In second half stoppage time, Charlie Davies converted a penalty past Troy Perkins moments before the final whistle, securing the Revs victory.