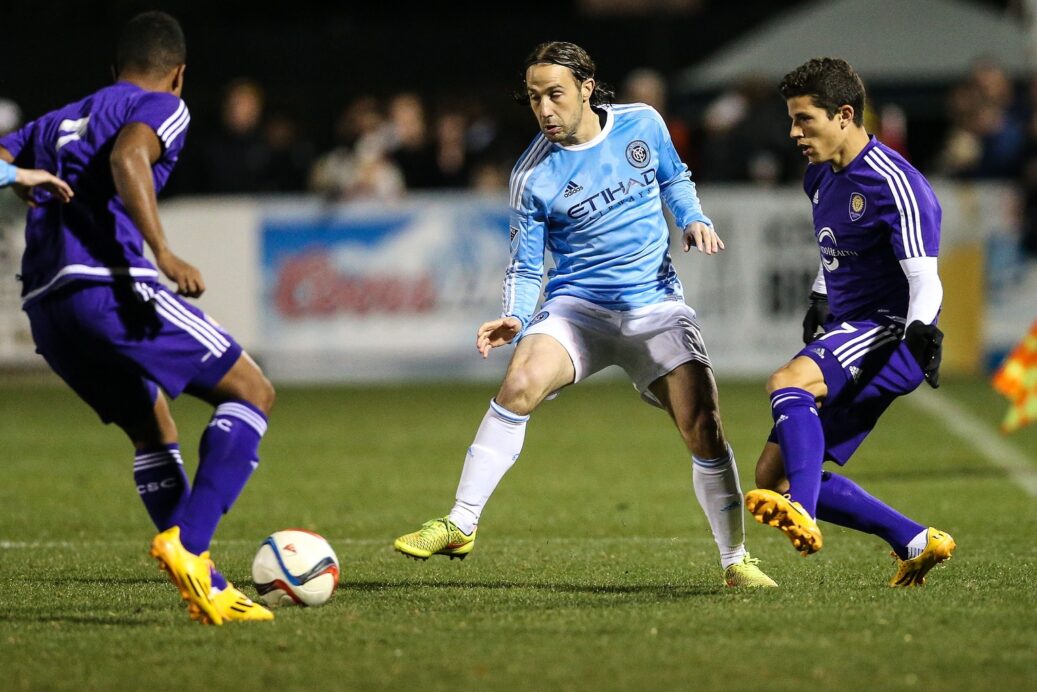 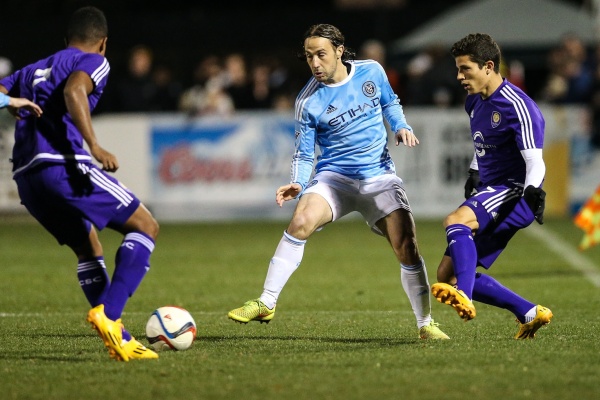 Though they are still two weeks away from their official MLS debuts, Orlando City and New York City FC provided some intriguing glimpses into what we might see when they face off on the opening weekend of the 2015 MLS season.

New York City FC and Orlando City played to a 1-1 draw in the opening match of the Carolina Challenge Cup. Kaka and Khiry Shelton traded goals in a match that also featured some impressive play from Spanish star striker David Villa.

The match was one of three preseason matches on Saturday featuring MLS teams facing each other. Sporting Kansas City used a Graham Zusi goal to beat the Seattle Sounders, 3-2, in Desert Diamond Cup action in Tucson, where the Colorado Rapids and New England Revolution played to a 1-1 draw earlier on Saturday evening.

Here is a rundown of the rest of Saturday night’s MLS preseason results:

A sellout crowd of 9,794 fans watched the two sides play a fairly even match before Garcia broke through in the 51st minute, when Chris Wondolowski set up Garcia with the winner.

The Earthquakes had the better of the chances in the second half, with Sanna Nyassi and Cordell Cato both seeing good chances miss by inches.

Venezuelan forward Fernando Aristeguieta made an impressive debut for the Philadelphia Union, scoring two goals in a 30-minute cameo to help the Union post a 6-0 rout of London United in IMG Suncoast Pro Classic action in Bradenton, Florida.

The Union held a modest 2-0 lead through 69 minutes, but a second-half red card left London United short-handed, and Aristeguieta’s introduction into the match helped the Union rattle off four goals to close out the romp.

The Union resumes tournament action on Wednesday against the Columbus Crew.

A 10th-minute goal from rookie midfielder Manolo Sanchez proved to be enough to help the New York Red Bulls record a 1-0 preseason victory against USL side Oklahoma City Energy on Saturday in IMG Suncoast Pro Classic action in Bradenton, Florida.

Sanchez took a pass from Bradley Wright-Phillips and converted the only goal of the match.

The Red Bulls started a lineup with mostly reserve players, with Wright-Phillips the only projected 2015 starter in the lineup.

What did you think of Saturday’s preseason action? Like what you’re seeing from players like Kaka and Villa?