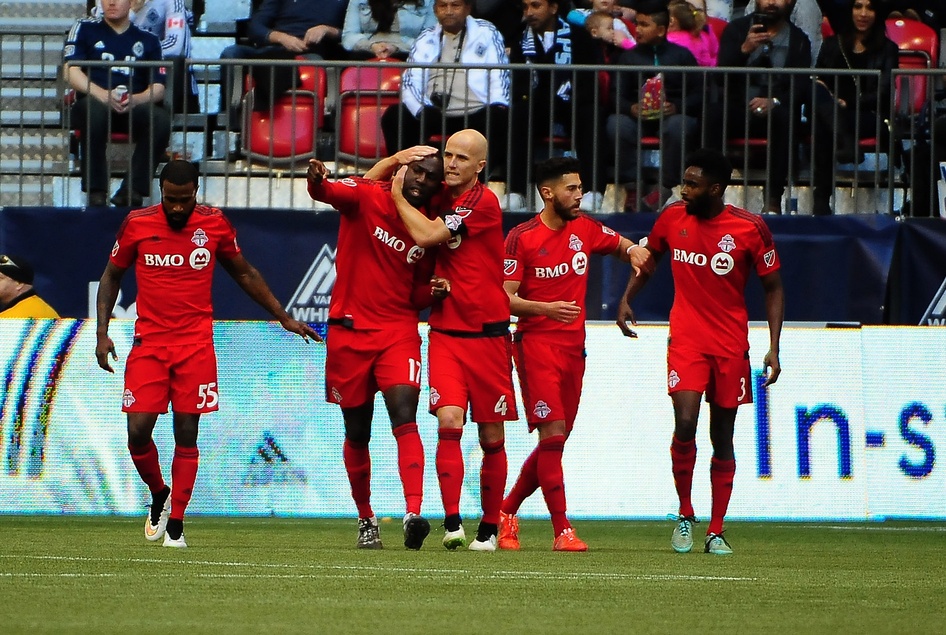 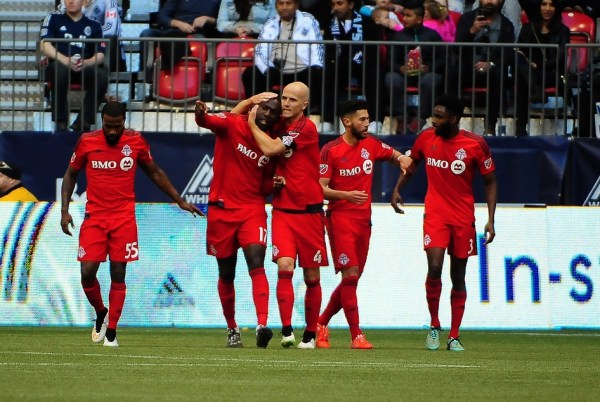 The start was a bit frantic, but Toronto FC got the three points they so desparately desired due to a pair of finishes from their new forward.

Jozy Altidore scored on either side of halftime and was joined on the score sheet by Robbie Findley, canceling out Octavio Rivero’s opener as TFC topped the Vancouver Whitecaps, 3-1, Saturday at BC Place.

Altidore provided his first finish in MLS since leaving the New York Red Bulls in 2008, in the 32nd minute on an assist from fellow offseason signing Sebastian Giovinco.

After displaying a bit of patience to make the Whitecaps chase, the ball found its way to the Italian, who danced around a defender before sliding a through ball into the path of a cutting Altidore. The U.S. Men’s National Team forward took a touch to round goalkeeper David Ousted before slipping the ball into the net for the equalizing goal.

Toronto FC proceeded to take the lead less than 15 minutes into the second half, as Findley latched onto the end of a cross from Justin Morrow to push the scoreline to 2-1.

Morrow darted up the left side before receiving the ball and calmly crossing into the center of the box. A weaving run between the Whitecaps defense saw Findley rewarded, as the forward popped it right into the back of the net to secure the three points.

Altidore added his second in stoppage time following a foul by centerback Pa-Modou Kah that resulted in a penalty. The forward took the penalty kick himself, chipping the keeper to secure the 3-1 victory.

Despite the scoreline, the Whitecaps proved to be the dominant side throughout the first half, as the combination of Kekuta Manneh and Rivero gave TFC fits due to the visitor’s repeated use of a high back line.

Rivero’s day started with calamity, as the young forward bumbled through missing a wide open net in the ninth minute, but the forward atoned just eleven minutes later, as the Uruguayan got on the end of a long ball from Pa Modou Kah before firing past goalkeeper Joe Bendik to open the scoring.

That goal didn’t prove to be enough, however as TFC’s blitz from Altidore and Findley. TFC hit the road again March 14 to take on the Columbus Crew, while the Whitecaps also travel to take on the Chicago Fire that very same day.