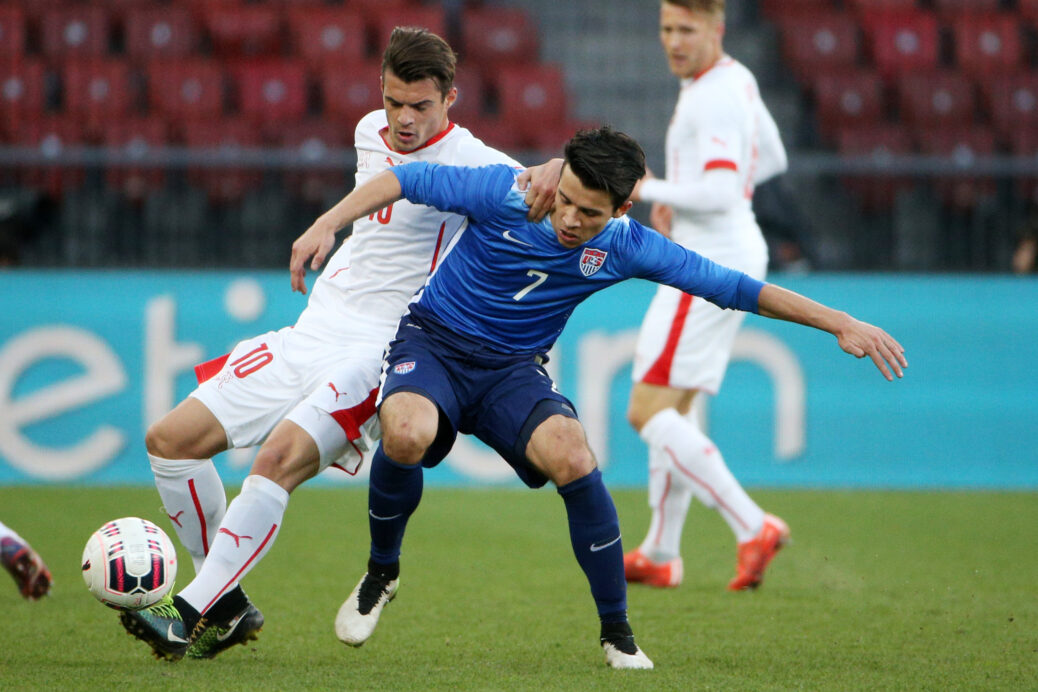 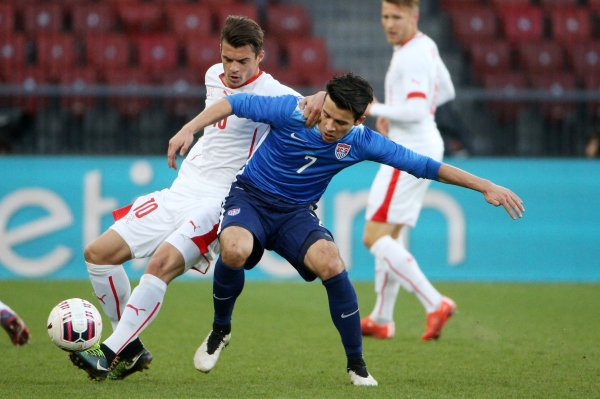 The U.S. Men’s National Team was on the way to an impressive victory, but a moment of frustration and indiscipline from one its most experienced players opened the door for some more second-half struggles.

A Jozy Altidore red card for dissent in the 68th minute left the Americans down a man, paving the way for a late Switzerland equalizer in an eventual 1-1 tie in Zurich. Brek Shea had opened the scoring for the Americans with a gorgeous free kick just before the end of the first half, but Altidore’s red card helped the Swiss pull level 10 minutes before the final whistle.

Valentin Stocker pushed home the equalizer at Stadion Letzigrund following a corner kick from the left, scoring the eighth goal the U.S. has surrendered in the final 10 minutes of its last eight games. The U.S. now has just one win in those matches.

Both Alfredo Morales and substitute DeAndre Yedlin were unable to cleanly clear away the late set piece from Granit Xhaka, allowing the ball to fall right in front of goal for the easy finish from Stocker.

The late equalizer, which adds to the U.S.’s recent second-half woes, ruined what was an overall solid, bounce-back performance from Jurgen Klinsmann’s side. The Americans were deployed in a 4-4-2 diamond setup and looked much better than in last week’s 3-2 loss to Denmark, creating a number of chances in the first half before Shea opened the scoring.

On the final play of the first half, Shea rifled a gorgeous free kick from 22 yards out up and over the Switzerland wall and into the back of the net. The goal was the left back’s second for the U.S. this year.

The Americans had other clear opportunities to take the lead in the opening stanza, but were unable to convert. An open Gyasi Zardes flubbed a perfect cross from Alejandro Bedoya in the 15th minute, and Michael Bradley’s late trailing run 12 minutes later resulted in a shot that went over the crossbar.

Switzerland’s best first-half chance came in the 39th minute when Xherdan Shaqiri raced in untouched on the left side of the penalty area. Shaqiri then hit a low cross, but Admir Mehmedi completely missed on his attempt to place the ball.

The U.S. came out of the intermission with more of the same type of aggressiveness in the final third, as Timmy Chandler whipped in a cross from the right in the 49th minute that Zardes beat Switzerland goalkeeper Roman Burki to but sent wide of the open goal.

It all went downhill for the U.S. after Altidore’s sending off. After seen complaining to Italian match official Luca Banti for what Altidore felt was a foul, the U.S. forward went on to trip Jacques Moubandje high up the field.

Banti whistled Altidore for the foul and was showing him a yellow, but the Toronto FC striker mouthed off to earn a second yellow and early shower.

Switzerland piled on the pressure after that, with Breel Embolo nearly creating something out of nothing in the 74th minute. Embolo got by a couple of defenders near the right touch line and whipped in a low cross that debuting U.S. goalkeeper William Yarbrough, who entered the match at halftime, swatted away.

On the ensuing corner kick, Paktim Kasami nearly found an equalizer when he nodded a cross from the right over the bar despite being a mere feet away from goal.

The Swiss finally pulled level in the 80th minute through Stocker’s simple effort, salvaging a result and giving the Americans another late goal to rue.

Klinsmann will not be able to get the full squad together again until the summer, but the U.S. does have a friendly outside of the international calendar against Mexico on April 15.

What do you think of the USMNT’s 1-1 draw vs. Switzerland? Surprised by Altidore’s sending off? Which Americans impressed/disappointed you?