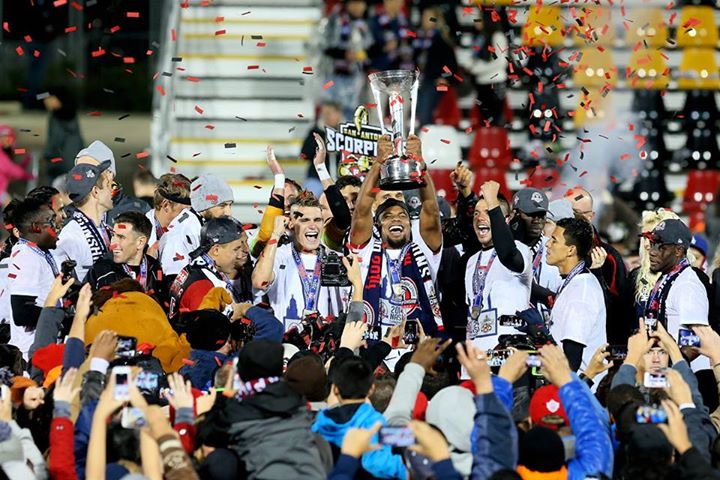 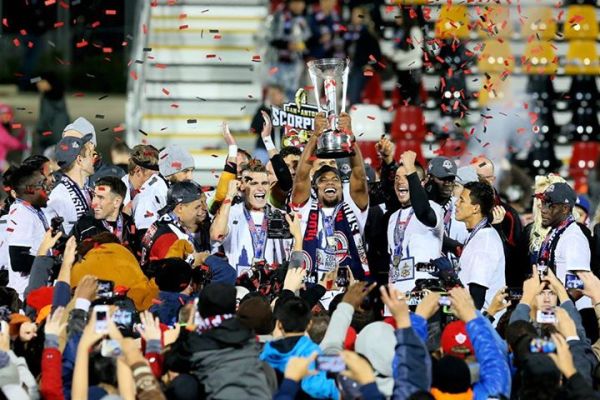 After broadcasting 30 matches with the company last season, the NASL is set to see a dramatic increase in ESPN broadcasts this season.

The NASL announced Thursday that the league has expanded its deal with ESPN to include the airing of a minimum of 120 matches in 75 different countries through ESPN3, ESPN Play, and ESPN Player.

“Working with ESPN, the Worldwide Leader in Sports, is going to be of great benefit to our fans, who will be able to watch the vast majority of our matches on ESPN3, ESPN Play, and ESPN Player this year,” said NASL Commissioner Bill Peterson. “We have quickly developed a great relationship with ESPN, and we’re glad to be a part of their live coverage.”

“Over the last few years, we’ve continued to elevate our broadcast capabilities, and this year is no different,” Peterson said. “Our evolving relationship with ESPN is helping us move closer to more advanced discussions about live event coverage in the future.”

Here are some more of Thursday’s NASL news and notes:

Despite being one of the league’s marquee teams, Minnesota United’s time in the NASL has an expiration date.

MLS announced Monday that Minnesota United is set to join the league in 2018, putting an end to the club’s time in the NASL that began with the league’s rebirth in 2011.

For the NASL, Minnesota United’s latest developments are demonstrative of the increasing growth of the league’s clubs, something which the league hopes to build upon with continued expansion.

“Our soccer landscape has been evolving at an unprecedented pace since the relaunch of the NASL in 2011,” the league said in a statement. “As the sport continues to grow, we anticipate making further announcements during the year concerning our own expansion and new partners. The developments in Minneapolis only serve to affirm once again, that the NASL is building high-caliber clubs, both on and off the field, and playing a leadership role in the evolution of professional soccer in North America.

“The announcement will not affect how we approach our plans for the future. We are as committed as ever to continuing the growth in our existing markets and expanding into new markets where we see great opportunities for our players and fans – the groups our league is built around. As we get closer to kicking off our fifth season on April 4, we look forward to another great year on and off the field.”

In the team’s first matchup with a fellow NASL club, the Tampa Bay Rowdies emerged victorious.

The Rowdies picked up a 2-1 victory, their sixth win of the preseason, Wednesday in a matchup with FC Edmonton in Jacksonville.

After a scoreless first half, Georgi Hristov opened the scoring in the 65th minute with a penalty kick on a penalty drawn by Justin Chavez. That scoreline was doubled by Brian Shriver 19 minutes later as the forward latched onto a pass from Darwin Espinal to score the game’s second goal.

The Rowdies were just moments away from a clean sheet before FC Edmonton’s Frank Jonke headed home a free kick in stoppage time to earn his side a consolation goal.

Following the victory, the Rowdies return to action Saturday against the Jacksonville Armada while FC Edmonton takes on the RailHawks that same day.

BARRETT SCORES TO LEAD ARMADA TO WIN OVER JACKSONVILLE UNIVERSITY

Akeil Barrett, the 25th overall pick in Janyary’s MLS Draft, made quite an impression in preseason action on Wednesday.

Barrett, who is currently a trialist after being released by Orlando City in February, provided the opening goal as the Jacksonville Armada topped Jacksonville University, 2-0, Wednesday on the JU campus.

The former Tulsa star opened the scoring in the 43rd minute on an assist from Tommy Krizanovic, who was one of four Armada stars to be facing off with their alma mater. Forward Jemal Johnson provided insurance just eight minutes later, curving a shot into the upper left corner for his first goal of the preseason.

The Armada will be back in action Saturday against the Tampa Bay Rowdies.

What do you think of the NASL’s new deal with ESPN? How will Minnesota United’s departure impact the league going forward? What do you make of Wednesday’s preseason results?