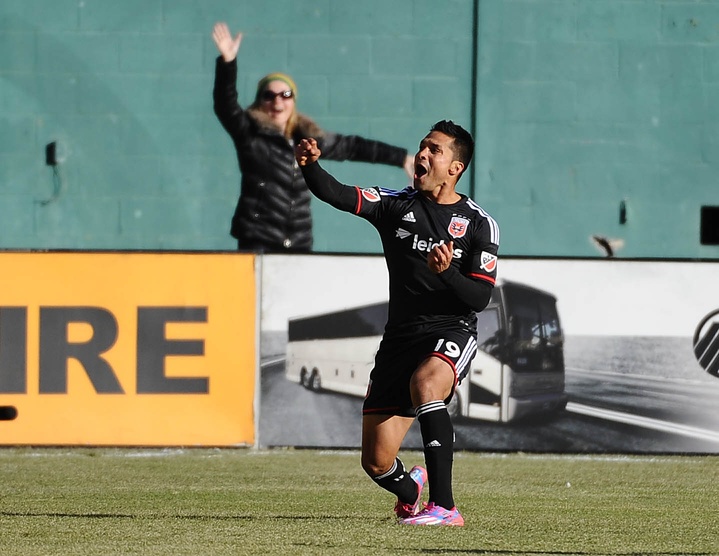 WASHINGTON — Both D.C. United and the Montreal Impact have been preparing all offseason to vanquish very different demons.

For Montreal, any sort of improvement over 2014’s campaign–where they finished last in the East–will go a long way to building the kind of consistency head coach Frank Klopas desires of his team.

D.C. United, on the other hand, had a great 2014, finishing first in the Eastern Conference. Just like last year, many media outlets aren’t predicting great things from them this season.

D.C. United started the 2015 season in promising fashion, riding a 58th-minute winner from Jairo Arrieta on their way to a 1-0 victory at RFK Stadium on Saturday.

Chris Rolfe delivered a long pass to Arrieta along the left flank, and the Costa Rican slipped a shot past the on-rushing Evan Bush, beating the Impact goalkeeper to score in his D.C. United debut.

The first half seemed typical of an opening day match, with both sides failing to create anything more than a couple half-chances. D.C. United saw most of the possession and although Christ Rolfe looked determined to see his team find the net, sloppy play in the final third and last-minute defending by Montreal kept the game level.

The best chance of the first half, however, went to Montreal in the 35th minute, when 2014 MLS Goalkeeper of the Year Bill Hamid parried Donny Toia’s low shot behind for a corner.

Late in the game, Hamid was again called upon to keep his team in the lead. After Justin Mapp was released for a one-on-one in the 83rd minute, Hamid charged the attacker, and made a crucial save, but Mapp appeared to seriously hurt his elbow when he placed his arm out to catch himself as he fell to the ground. He left the match on a stretcher.

See the match highlights below: