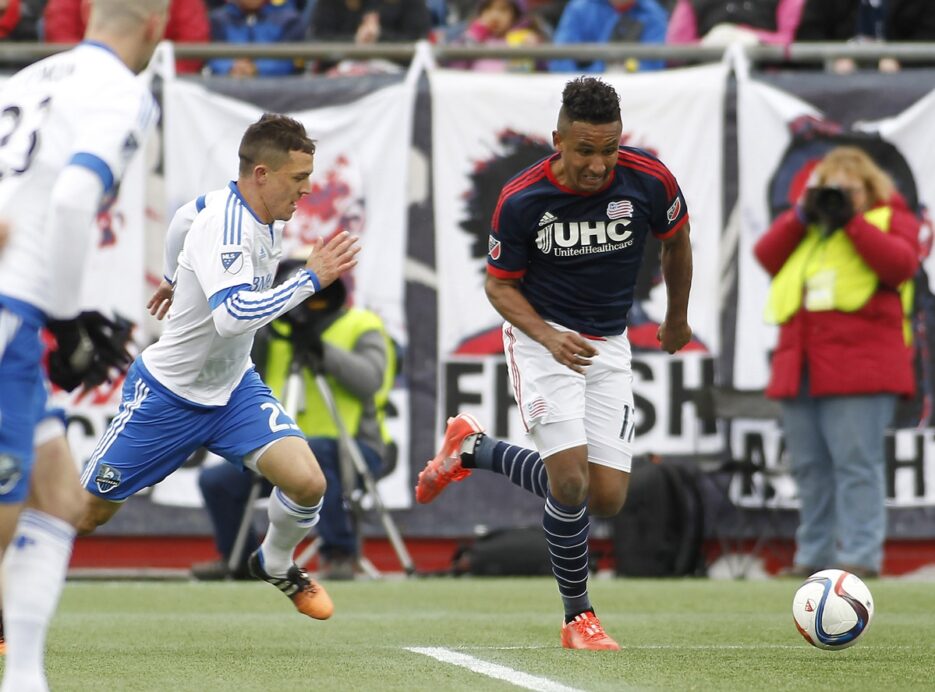 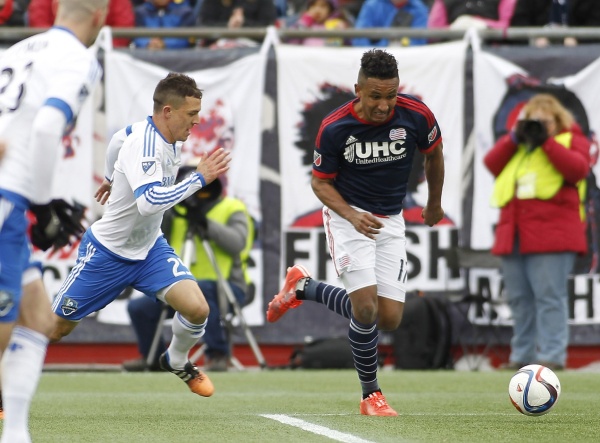 FOXBOROUGH, Mass. — Forty seconds into the New England Revolution’s home opener, Diego Fagundez got the ball at his feet in the center of the box. The goal was opening up for him.

Naturally, his effort to the far post was deflected out of bounds by a Montreal Impact defender.

Three matches into the 2015 season, the Revolution are still searching for that elusive first goal. Following a 3-0 loss at Seattle and a 2-0 setback at NYCFC, the Revolution opened their home campaign with a 0-0 draw against the Impact Saturday.

This is the same situation the Revolution found itself in last year. Three matches produced two losses and a scoreless draw, and the Revolution was outscored 5-0.

“I think we’re frustrated,” Fagundez said, “but of course, we’re all hungry for it because we know that it’s our chance to get out of that first goal. That’s the only thing we need to do: try to get there, and try to tap one in.”

Fagundez’s effort in the first minute was one of New England’s best chances to end the drought Saturday.

Lee Nguyen, scorer of several clutch goals for the Revolution in 2014, had a chance for the winner in the second half, but his open header from 10 yards out went over the bar.

The bright side, at least for Revolution coach Jay Heaps, is that his team’s attacking play is already better than it was at the beginning of March.

“We’re missing by inches, not by feet,” Heaps said. “I felt like the first game, yeah, we weren’t dangerous at all in Seattle. But the last two games, we’ve been dangerous.”

The Impact disrupted the Revolution’s attack all day. Whenever the home side would get into the attacking third, the Impact – seemingly tired after a 2-0 win over Alajuelense in the CONCACAF Champions League semifinals Wednesday – bunched up in the box. Fagundez, Nguyen and Juan Agudelo had little to no room to create chances.

When defender Hassoun Camara was sent off in the 61st minute, the Impact were content to sit back and play for the point, making it even more difficult for the Revolution to get near the net.

Heaps immediately made the decision to bring in Charlie Davies, moving Agudelo out wide to try to give the Revolution more width and attacking options.

Agudelo’s return to the Revolution created a new opportunity for Heaps. Agudelo said after the game that he wanted to start playing wider earlier in the game, and when he got the chance to start combining with Davies, it changed the dynamic of the attack.

“It threatens the defense,” Agudelo said. “They understand that they have to respect our speed and our ability to make runs. So I think it definitely puts their defense on their heels.”

Despite that, the goal still did not come for the Revolution. Only four of their nine attempts found their way to Impact goalkeeper Evan Bush, and most of those nestled safely into his arms without issue.

The Revolution forwards said their attack is coming together, however. Fagundez, who was all over the attacking third for the Revolution, is getting the itch. After Saturday’s scoreless draw, he confidently said that the Revolution are going to start hitting the back of the net consistently.

All they need is that elusive first goal, the hardest one to score.