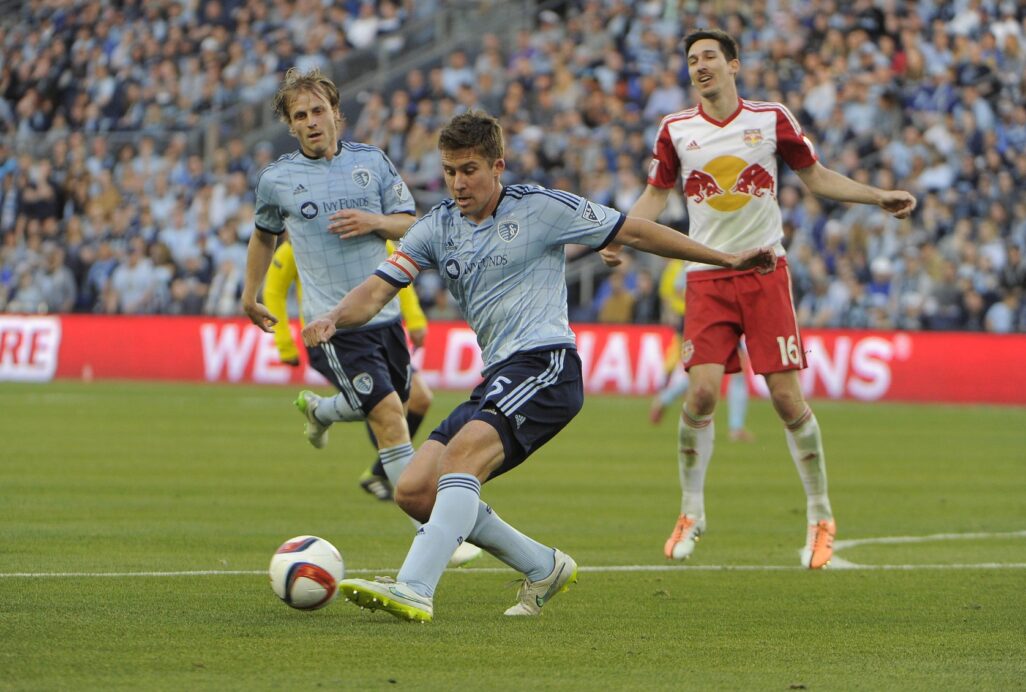 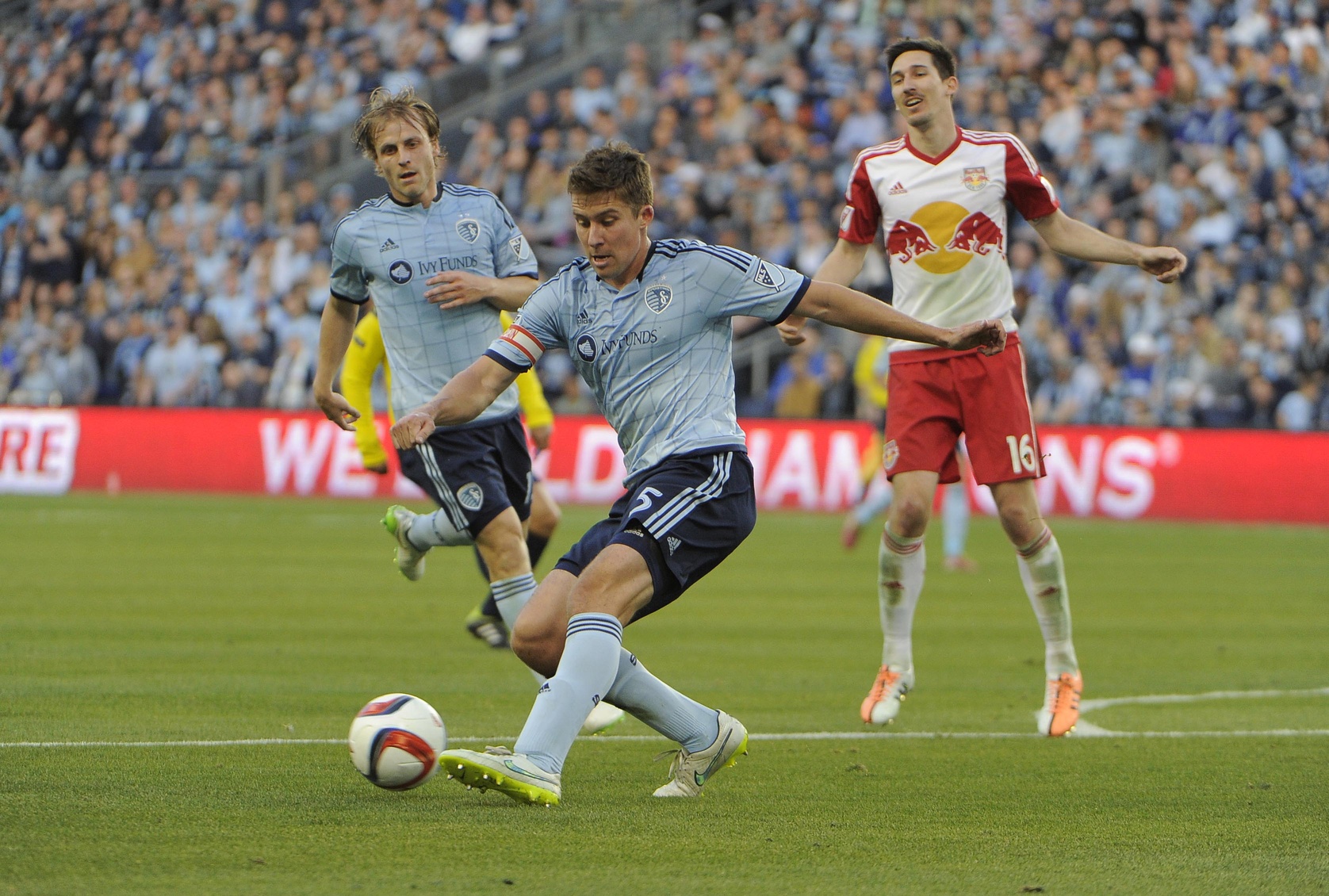 KANSAS CITY, Kan. — Matt Besler was on the field long enough to see Sporting Kansas City take a 1-0 lead and the New York Red Bulls equalize shortly thereafter. Besler was not on the pitch, however, when the whistle blew on a 1-1 draw between former Eastern Conference foes.

Besler was shown a second yellow card in the 71st minute, prompting Sporting Kansas City (0-0-1) to play down a man for the final 20 minutes of Sunday’s contest between the New York Red Bulls (0-0-1).

The home team survived the initial onslaught from the Red Bulls and even pushed forward for two prime chances in front of goal, but Dom Dwyer could not connect on either of the two balls played his way late.

“When you’re playing your first game of the season, very rarely is everyone 90 minutes fit, let alone able to play with 10 men for 20-plus minutes,” Sporting KC manager Peter Vermes said after the match. “It showed a lot of determination and courage from the guys to be able to fight the way that they did.

“They were really disciplined defensively, but then they pick and chose some really good moments (to push forward). We could have stolen the game there at the end. There were some good opportunities, Dom had two of them. But, in the end, a tie was probably a fair result.”

Ike Opara and Lloyd Sam scored the lone goals for their respective teams in quick succession. Opara smashed home a header in the 50th minute. Sam curled in a magnificent right-footed shot four minutes later to round out the night’s scoring.

Sporting KC started the game strong, pestering the Red Bulls in the midfield while pushing up the flanks, and it nearly lead to a goal less than 10 minutes into the game. Zusi played a short-corner ball to Sinovic just outside of the box, but his shot scurried across the face of goal and out of play.

The home team had two more cracks at a first-half goal, each involving first-year player Krisztian Nemeth. The first, 21 minutes into the game, was a beeline shot from 22 yards out that soared just inches above the crossbar. The latter came seven minutes later on a free-kick cross from Zusi that Nemeth headed above goal.

The Red Bulls finally settled down as the half-hour mark crossed on the scoreboard. The Red Bulls caught Sporting KC on the counter two or three times in the first half, including a 38th-minute counter that led to a one-on-one attempt with goalkeeper Luis Marin.

However, Sporting KC broke through first in the 50th minute when Feilhaber spotted Opara unmarked at the near post. Feilhaber took a touch near the end line, struck a perfect cross and Opara thumped a header into the back of the net to spark a roar from the home supporters.

The Red Bulls responded four minutes later on a gorgeous goal of its own by Sam. Sporting KC granted the midfielder too much space and he made them pay with a beautiful curling effort that Marin could not get a hand on.

After Besler’s ejection in the 71st minute, The Red Bulls looked primed for a go-ahead goal, but it was actually Sporting KC which had better chances in the final 20 minutes. Dwyer was denied twice in front of the visitor’s goal before the whistle blew as the two sides took home a single point in the season opener.

Sporting KC will return to action next Saturday on the road against FC Dallas. The Red Bulls have a week off before returning to action with their home opener on March 22 against D.C. United.