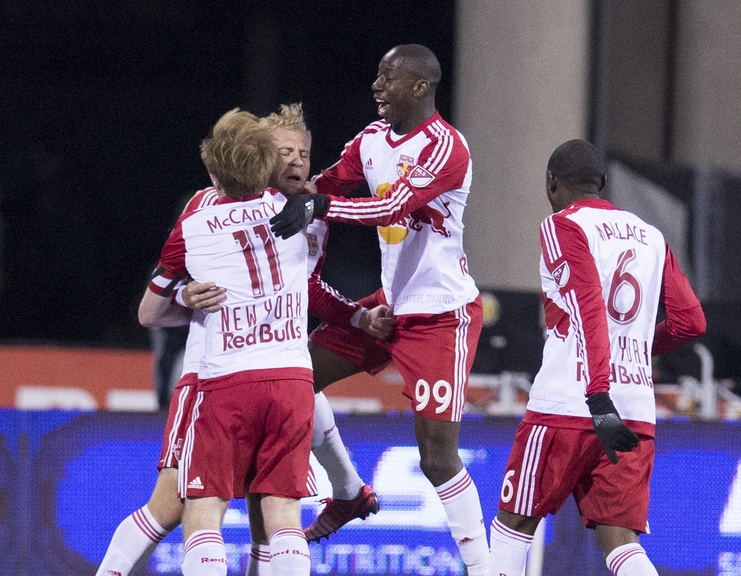 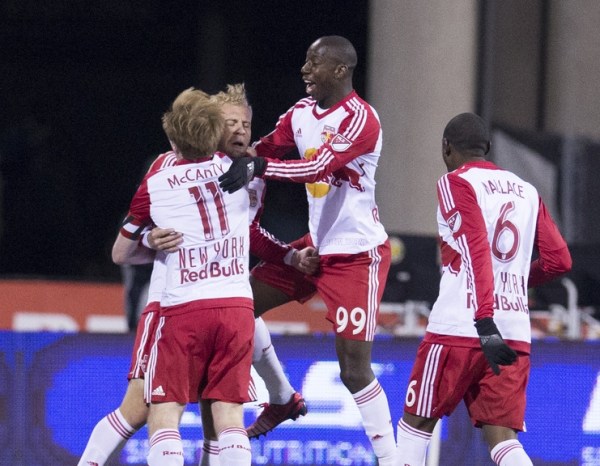 Having now put together back-to-back victories over Eastern Conference contenders, the New York Red Bulls are on a roll.

The Red Bulls sit atop of the Eastern Conference table with seven points in three games after topping Columbus Crew SC, 2-1, at MAPFRE Stadium. Bradley Wright-Phillips added another goal to his tally on the year and was also credited with an assist on Mike Grella’s game-winning chip from well outside the box.

The goalscoring sequence was kickstarted by Lloyd Sam, who was taken down in the box by a challenge from Emanuel Pogatetz in the 48th minute, and Wright-Phillips fired in his second goal of the year. But Crew SC would respond.

Kei Kamara received a pass and danced around in the box before firing an attempt toward goal. Goalkeeper Luis Robles probably did not know too much of it as it whizzed  toward goal, but it bounced off of him in 58th minute. However, the subsequent corner fell to the feet of Tchani, and he blasted it into the empty net.

The Red Bulls would not be outdone. Mike Grella jumped on a Crew mistake in the backline, and when he looked up at the goalkeeper’s position in goal, the NYRB substitute decided to chip a shot from quite a few yards outside of the box. It sailed past goalkeeper Steve Clarke and gave the Red Bulls the 2-1 lead in the 67th minute.

The Crew have not had quite the same start to the 2015 MLS campaign, and while Tchani added the only goal for Columbus on the night, Kei Kamara played a magnificent game up top, creating many chances for teammates and having a wonderful opportunity to claim a goal of his own.

But the Crew could not create another decisive attack, and their creative midfielder Fredrico Higuain was also sent off in the home loss after receiving a second yellow card for his frustration late in the match.

No breakthrough was made in the first half of play, but there were plenty of chances by Columbus.

The best chance for Crew SC came late in the first half when Fredrico Higuain volleyed an attempt mid-sprint toward goal, but it fizzled over Luis Robles’ head and crossbar, leaving the scoreline blank.

Meanwhile, some members of the New York Red Bulls were visibly upset with the rough play in the first half. Sacha Kljestan had a few choice words to say to Tchani after his tackle on the midfielder in the 36th minute.

Meanwhile, Red Bulls head coach Jesse Marsch looked aggravated with the physical play by Crew SC as well, especially after a rough challenge by Argentine midfielder Higuain on Damien Perrinelle in the 39th minute. Higuain received his first caution of the night for the tackle, but play continued.

The Red Bulls won’t play again until April 11th when they travel to play D.C. United, while the Crew will visit the Vancouver Whitecaps on April 8th.