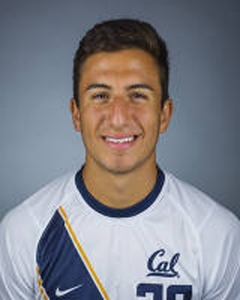 A freshman soccer player from the University of California has been missing since early Saturday morning, prompting appeals for information about his whereabouts.

Eloi Vasquez, 19, was reportedly last seen leaving a party at the University of Southern California’s Tau Kappa Epsilon fraternity chapter early on Saturday. He was last heard from at 2:15 a.m. that morning. Cal Athletics has issued an appeal for any information.

“Our entire Cal Athletics family is very concerned for Eloi’s safety and our first priority is to help in any way we can to locate him,” the statement reads. “We ask that everyone keep Eloi and his family in their thoughts and pray for his safe return.”

A flier asking for information about Vasquez’s disappearance says the freshman may have gone to the beach after leaving the party.