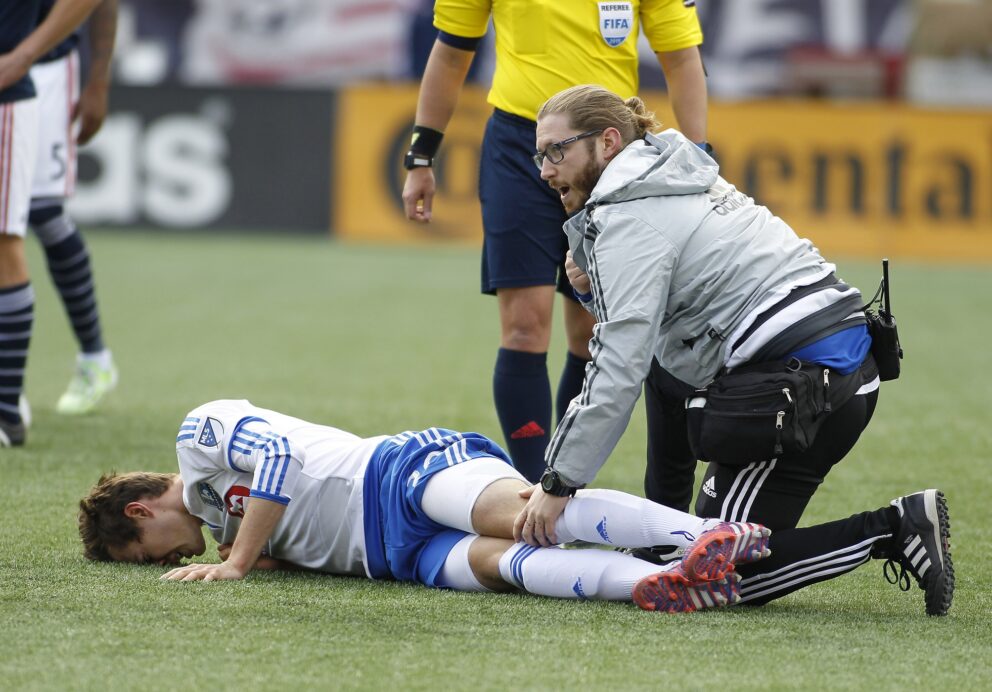 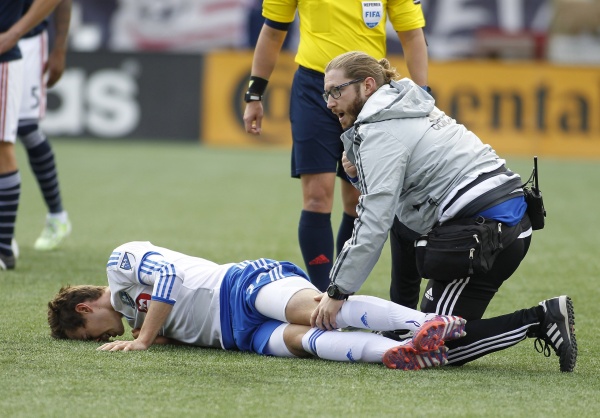 FOXBOROUGH, Mass. – After playing hero for the Montreal Impact in the CONCACAF Champions League, Cameron Porter got his first MLS start in the club’s return to MLS play.

It did not end well.

Porter was stretchered off in the 20th minute with what appeared to be an injured knee ligament, as the 10-men Impact and the New England Revolution limped to a 0-0 draw.

Porter’s knee twisted in the opposite direction of the rest of his body. He was brought to the locker room and was replaced by Jack McInerney.

The Revolution produced their first – and best – chance inside the opening minute. With little space to utilize, Lee Nguyen made a short, tight pass to Diego Fagundez in the center of the box. Fagundez put an effort to the far post, but it was blocked and sent out for a corner.

Like the Revolution, the Impact were devoid of chances in the first half, but those they got were squandered.

The first real chance for the Impact nearly produced a Goal of the Year candidate for Maxim Tissot. The Revs cleared a corner kick directly into Tissot’s path, and the midfielder unleashed a volley from about 25 yards away. Inches separated the ball from the crossbar as it curled over the goal.

Dominic Oduro should have broken the deadlock later in the half. McInerney found him behind the New England defense. Oduro’s low effort never challenged Bobby Shuttleworth, skipping past the far post.

Oduro picked up a leg injury four minutes into the second half. He gave it a go for 10 minutes, but could not continue and was replaced by Andres Romero.

Things got worse for Montreal in the 61st minute. Hassoun Camara picked up his second yellow card of the game for pulling down Juan Agudelo by the jersey. Camara had been cautioned in the 29th minute for a reckless challenge on Kelyn Rowe.

The Revs started to attack more once the Impact went to 10 men, but nothing came of it. Daigo Kobayashi put a shot on goal from distance and Lee Nguyen put a header over the bar from 10 yards out. Other than that, the Revolution never looked likely to score.

The Impact nearly had a chance against the run of play following the red card. McInerney put a low, threatening cross into the box, but the ball skipped past both Eric Alexander and Calum Mallace.

New England got a free kick outside the box right before the final whistle, but Chris Tierney put his shot right at Impact goalkeeper Evan Bush.

In their futile effort to break each other’s defense, the Revolution and Impact combined for 16 shots. Only six shots found their way on target. Both teams are still searching for their first goal in MLS this season after three matches for New England and two for Montreal.