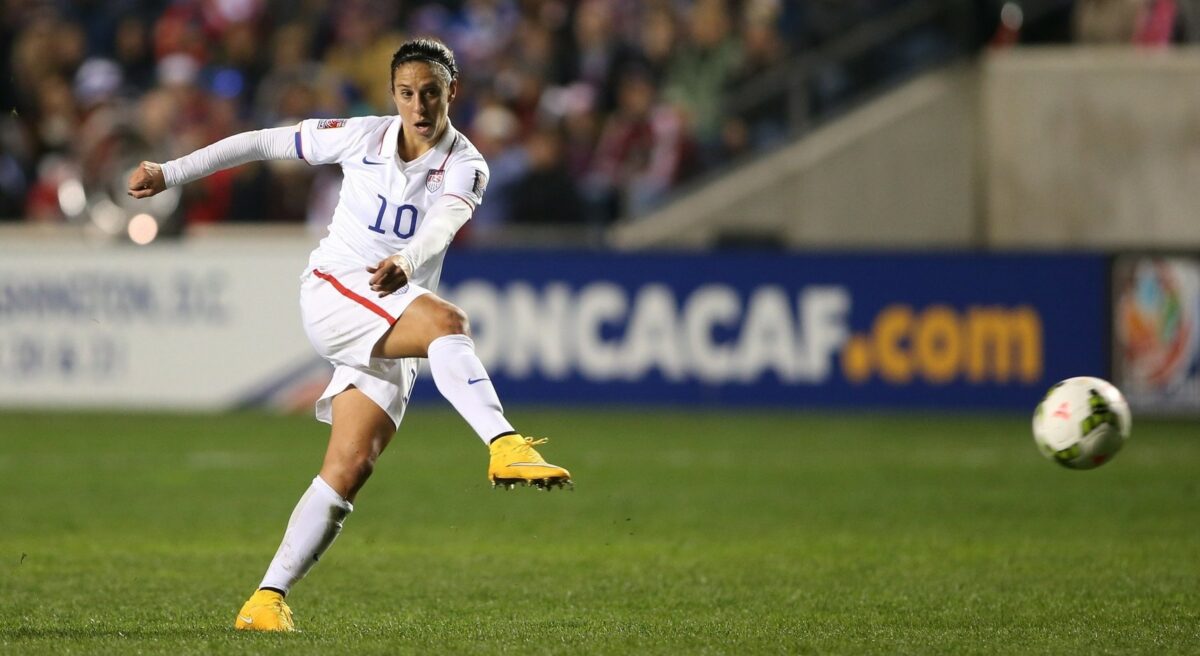 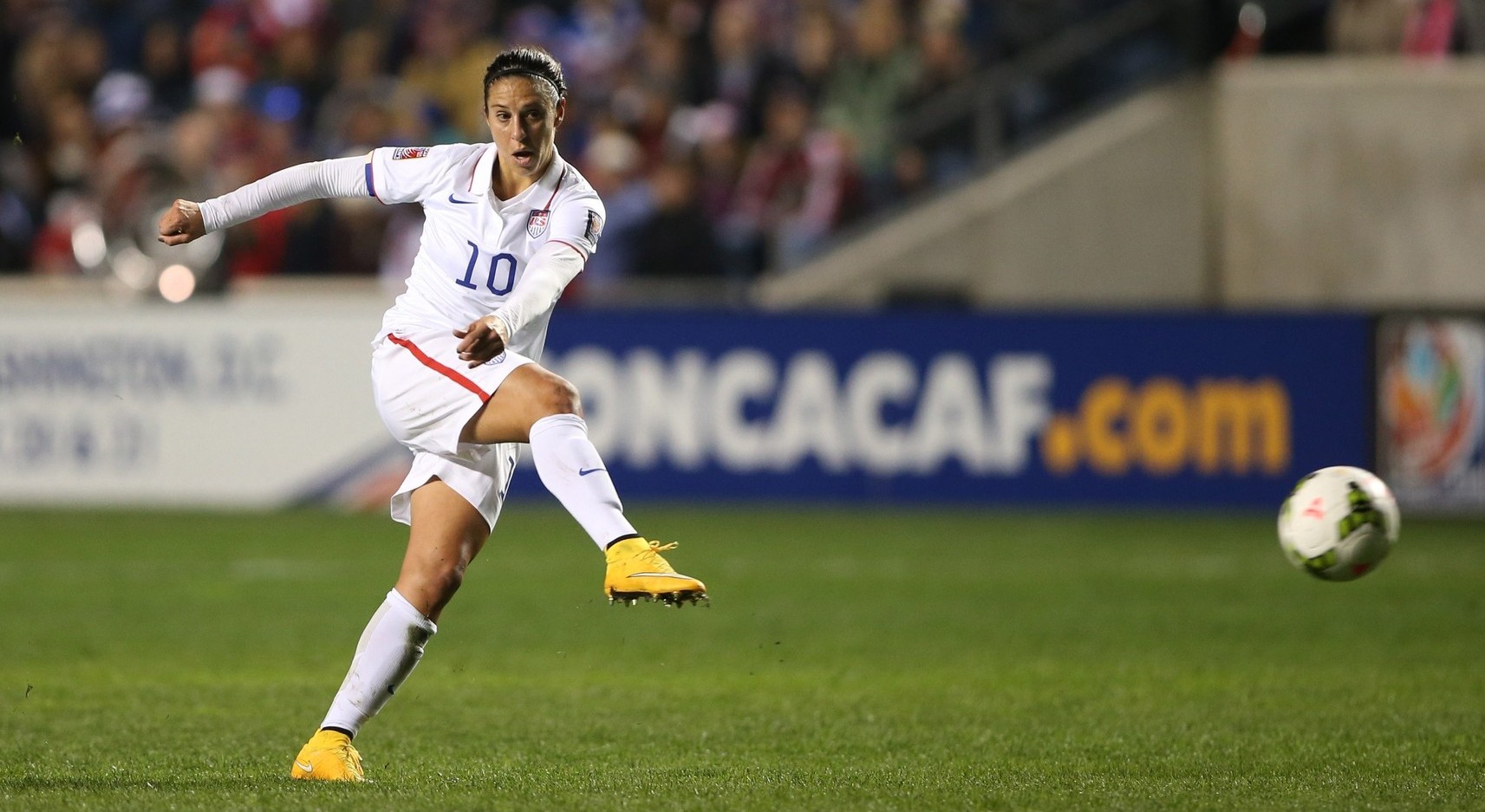 While searching for some new faces to inspire the team this summer, the U.S. Women’s National Team received a lift from its older, more reliable squad members.

Carli Lloyd scored twice in the second half to give the USWNT a comeback win against Norway in their Algarve Cup Group B opener, 2-1. Lloyd’s equalizer was a splendid turn and strike from some 20 yards out, and a converted 62nd-minute penalty kick gave the USWNT an early upper hand in what is viewed as an important warm-up to the World Cup.

Early chances for the U.S. came and went, but it was Norway who struck first just before halftime. An unmarked Ada Hegerberg scored her 15th goal for the Norwegians, and the 19-year-old looked to hand her team momentum going into the break.

The match marked the return of Hope Solo, who had been reinstated to the team just before the team left for Portugal after serving a 30-day suspension.

Solo proved her worth in the 53rd minute, making a crucial close-range block during a scramble in front of net to keep the Americans in the game. Minutes later, Lloyd tucked inside on her left foot at the other end before curling a shot inside the far post for the equalizer.

Capping an impressive display, Christen Press set up the game-winner. The midfielder who had been creating chances all day had her shot handled by a Norwegian defender to send Lloyd to the penalty spot, where she executed perfectly to put the U.S. ahead.

The Americans had a better go of it than they did last month against France and England, holding possession and building out well to create better chances that cut through Norway’s defenses.

The match saw coach Jill Ellis give rookie Julie Johnston a surprise start as a center back, reportedly due to injuries to defender Christie Rampone, White Engen and Kelley O’Hara.

The USWNT next plays Friday against Switzerland (11:30 a.m., Fox Sports 1), who beat Iceland 2-0 in the other Group B game on Wednesday.