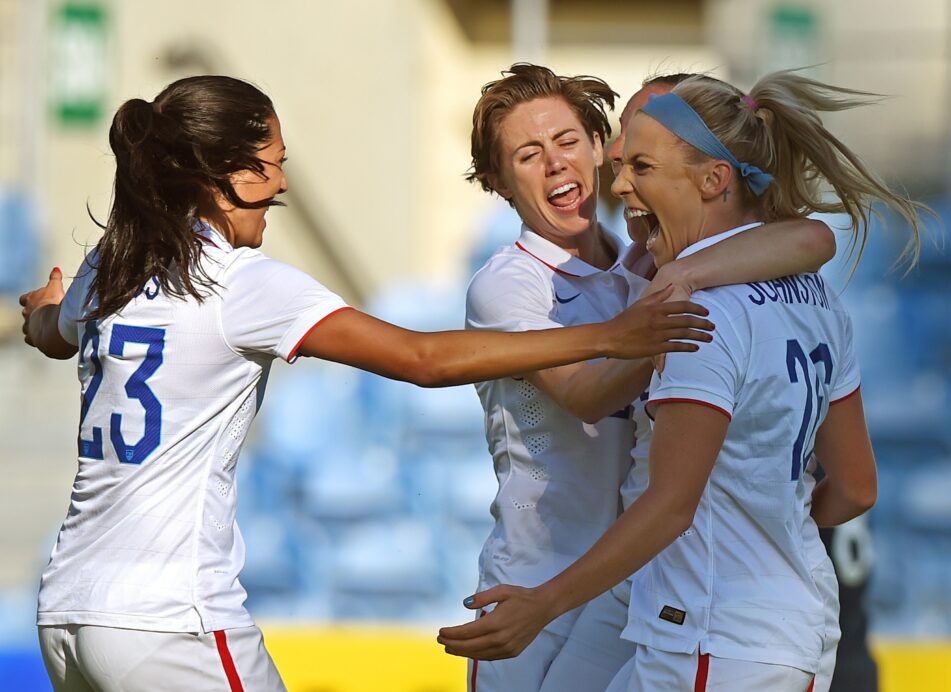 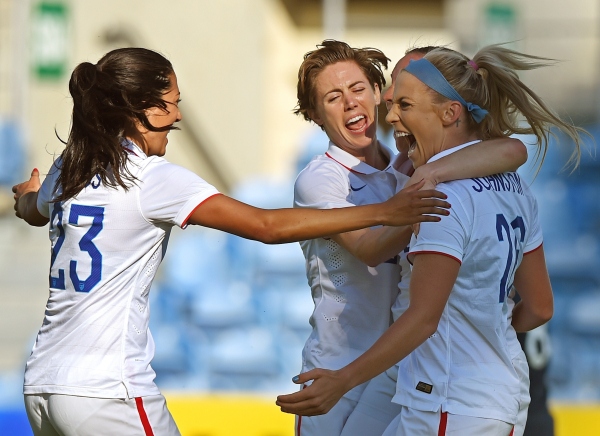 The recent troubles of the U.S. Women’s National Team may not be forgotten, but after winning the Algarve Cup on Wednesday, perhaps they will be forgiven.

In the face of the same France side that ripped apart the U.S.’s midfield just a month ago, the Americans bounced back when it counted to win their 10th Algarve Cup title since the tournament started in 1994, 2-0.

Helped by big saves from Hope Solo, goals from Julie Johnston and Christen Press netted the exact opposite result of last month’s meeting. The match was an important one, not just because it was the Algarve Cup final, but because France is the toughest opponent on the schedule for the Americans before this summer’s World Cup.

“We’re three months out and I think we’re peaking at the right time,” Solo told EuroSport after the whistle. “We’re not there yet. We have a lot of work to be done.”

Press’ goal was beautiful display of individual brilliance just before the half. Intercepting the ball at the center line, she weaved and cut her way through France’s entire back line and finished with a well-placed ball tucked just inside the far post.

Johnston scored her first international goal in the 8th minute on a set piece, rising up over France’s defense to head a Lauren Holiday free kick in, thanks to lackadaisical marking in the box.

The U.S. nearly conceded a clean sheet 10 minutes before the whistle when defender Meghan Klingenberg dragged down Marie-Laure Delie in the box, but Solo read Amandine Henry’s kick from the spot the entire way and knocked it aside.

Solo preserved the U.S. lead in the 71st minute by tipping away a dangerous cross-turned-shot — a floater that looked similar to one France scored against the U.S. a month ago.

Press’ brilliant 60-yard solo run for a goal seemed to exemplify the matchup between these two sides on the day. France looked flat, slow to react and perhaps fatigued from the compacted schedule of the tournament that saw teams play four matches in one week. The slick passes they used to dismantle the Americans last month so well were hard to come by and the Americans looked eager to force a win.

France rolled past the USWNT in February, 2-0, and exposed glaring weaknesses in the American side as coach Jill Ellis suffered her second loss on the job, which upped the ante for Wednesday’s final.

Though the Algarve Cup final was widely viewed as a rematch of last month’s friendly, France coach Philippe Bergeroo fielded a noticeably less experienced squad. Star striker Louisa Necib was out injured, as was captain center back Wendie Renard. Forward Elodie Thomis and center back Laura Georges, both veterans and strong players, sat on the bench.

In this go round, the U.S. was the side that held control and looked cohesive, working the ball through the midfield and using width to their advantage. France out-shot the Americans 11-to-5, but often resorted to weak chances from outside the penalty area.

The U.S. went into the match as a question mark. Two days ago, the Americans settled for a scoreless draw against lightweight Iceland. The match was not broadcast on TV due to infrastructure issues, but Iceland coach Frey Alexandersson was critical of the USWNT’s performance.

“If this was my team I would be very unhappy,” he told FOX Sports, adding that the U.S. struggled to control the midfield despite playing a team ranked some 20 spots lower in FIFA’s world rankings.

The Americans will return to action on April 4 when they face New Zealand in a friendly at Busch Stadium in St. Louis.