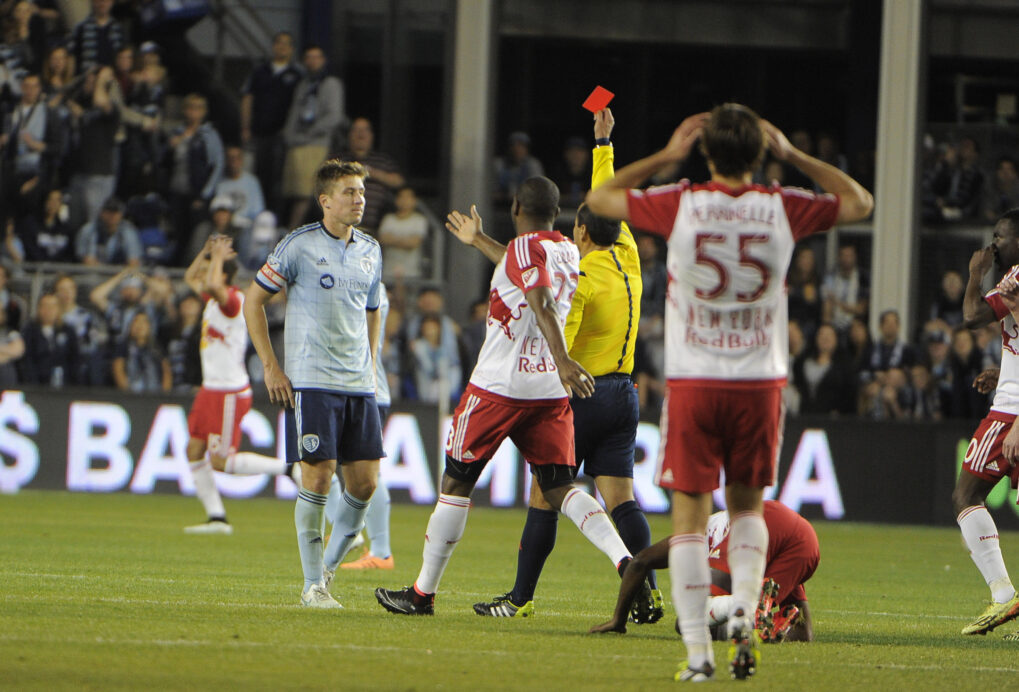 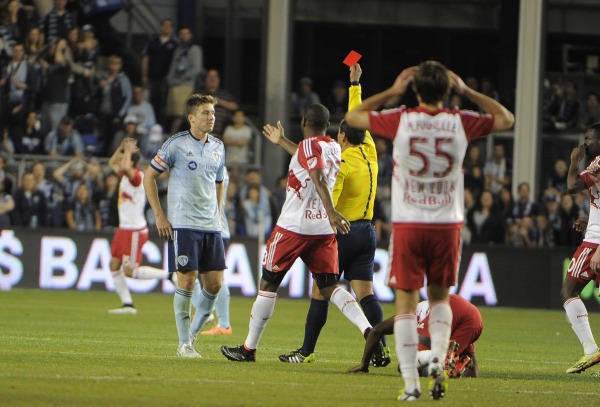 Replacing a seasoned veteran like Matt Besler is not easy, but that’s the challenge Peter Vermes faces this week.

Besler was sent off with two yellow cards in Sporting Kansas City’s season-opening 1-1 draw against the New York Red Bulls on Sunday, and Vermes now needs to find someone to take Besler’s place in the heart of the defense ahead of this weekend’s match.

Sporting KC visits a talented FC Dallas team on Saturday, and while it hurts not having Besler for the Western Conference showdown, Vermes is optimistic about the club’s other options.

“It’s never good when you’ve lost your captain, when you’ve lost one of your central defenders because it’s a major pillar within your team,” Vermes told SBI. “You have to deal with it, but we’ve got quite a few guys. We can play Jalil Anibaba, we can play Erik Palmer-Brown, we can play Kevin Ellis, so we have some options, for sure.

“Dallas is a dynamic team and have a lot of team speed and they’re very tenacious in the attack, so it’s something that we’ll definitely have to be attentive to over the course of 90 minutes. I have confidence in the guys that we have that can fill in as well.”

The one center back who took the field against the Red Bulls in the aftermath of Besler’s ejection was Palmer-Brown. The teenage Homegrown product was not Vermes’ first substitution following the sending off, but was subbed on in the 85th minute to help close out the result.

Palmer-Brown, 17, has limited experience in MLS. He made his first two career starts and played in three games in his sophomore season last year, but could be looked at as the player to complement center back Ike Opara on Saturday at Toyota Stadium.

“I actually think that when he came in, he did pretty well and was confident in his decisions,” said Vermes when asked about Palmer-Brown’s performance. “He was good on the ball, so his progress continues to be good and he’s still a very young kid. He’s still 17 years old, so it’s great to see him get better every day.

“The big thing for him is how well he can continue to grow that fire in the belly that all players need. He’s still a young kid. That’s the piece that needs to continue to grow, but I thought the other night coming into a game like that at that point and a man down, I thought he gave a good injection of some calmness on the ball and at the same time came up with some big moments as well.”

It is not just Vermes who was impressed by Palmer-Brown, who has recently been linked again with a move to Juventus. Some of the youngster’s teammates also think he showed well, and that he has what it takes to do the job against Dallas if needed.

“As long as he keeps working, the sky is the limit for that kid,” Opara told SBI. “He proved it all preseason, and if his number is called, I’m sure he’ll be willing to step up as well.”