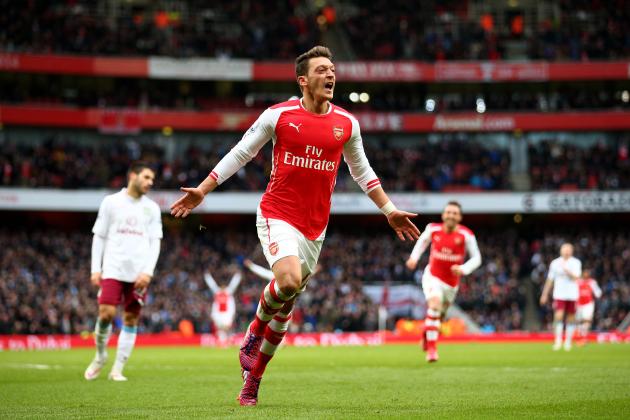 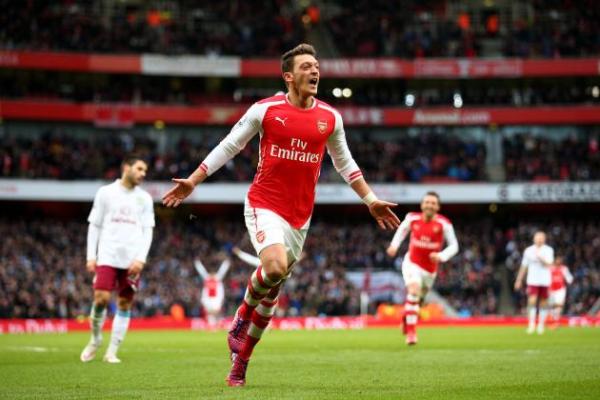 Paul Scholes captured 11 league titles in his career, and now the former Manchester United midfielder has criticized Arsenal’s Mesut Ozil for his pereceived lack of desire to do the same.

Scholes says that Ozil took the “easy option” in joining Arsenal from Real Madrid, while adding that the German has underperformed due to Arsenal’s lack of true leadership on the field.

“Over the years, the big players who were really ambitious – Vieira, Thierry Henry, Cesc Fàbregas, Robin van Persie – have all left,” wrote Scholes in the Independent. “They left for the simple reason that Arsenal are not in it to win league titles any more. Those players have realised that if they want to win championships then they have to move elsewhere.

“It’s why I think Mesut Özil took the easy option joining Arsenal. Since he has been there you cannot doubt his quality but at times he looks like he is going through the motions, however much ground he covers. He needs a leader around him to get him going. At Real Madrid he had a chance of winning league titles. At Arsenal that is not on the cards.”

As it turns out, the U.S. isn’t the only nation that is experiencing struggles through Collective Bargaining agreement negotiations.

Denmark is currently in the heat of a CBA battle after the country’s federation attempted to cut payments to national team members by 17%. As a result, players remain frustrated, despite the fact that the federation has stated that those that do not agree to terms will not be able to represent the national team.

“I think that the DBU board is trying to make fools of us players, fans and sponsors,” said midfielder William Kvist. “It’s odd that the DBU people sent to negotiations yesterday cannot negotiate. Most of all, it is a waste of time for all parties.”

Denmark is schedule to take on the U.S. Men’s National Team on March 25.

By earning a point in Argentina, Tigres has earned the team’s spot atop their Copa Libertadores group.

Tigres picked up a valuable, 1-1, road draw Thursday against River Plate to maintain a three point lead a top the group. The Mexican side were led by Joffre Guerrón’s 40th minute finish, while River Plate’s Carlos Sánchez provided the equalizer in the 73rd.

In other Copa Libertadores action Universidad de Chile took down The Strongest, 3-1, while Atletico Nacional played to a 1-1 draw with Estudiantes. Finally, Juan Aurich picked up a home victory over San Jose by a 2-0 scoreline.

Ligue 1’s Nice has been ordered to play behind closed doors due to fan trouble. (REPORT)

Monaco’s Aymen Abdennour has signed a new contract that will keep him with the club through 2019. (REPORT)

What do you think of Schole’s comments? Any concerns over the Denmark matchup with the USMNT?? Who do you see as the favorite in the Copa Libertadores?