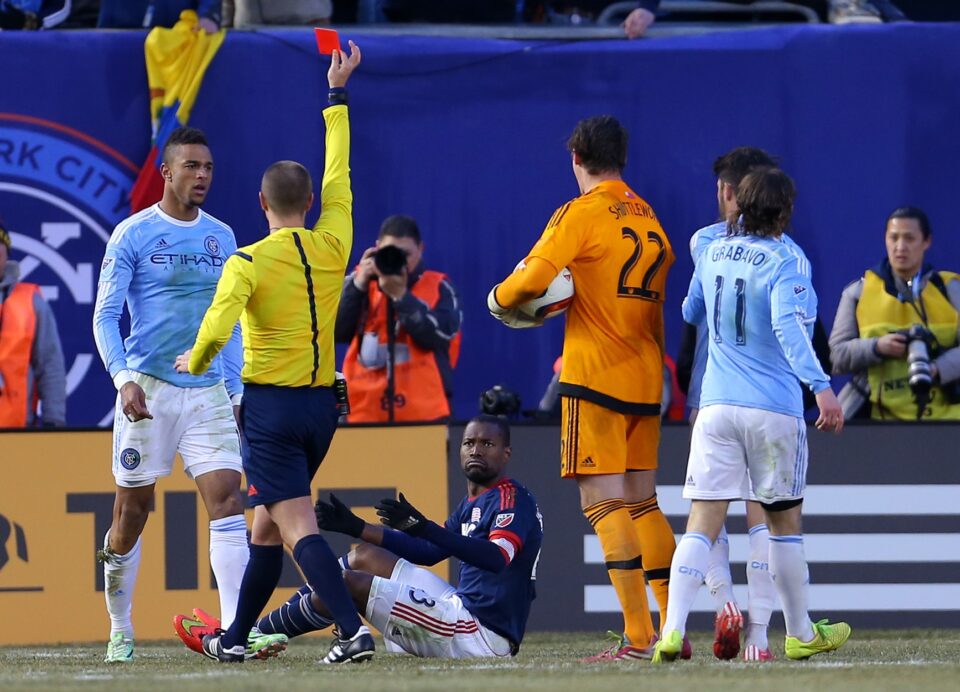 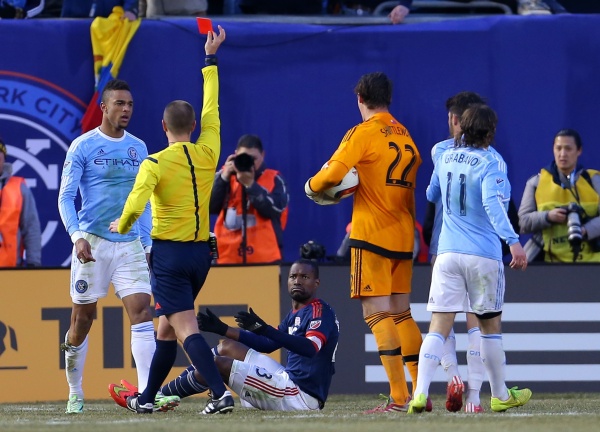 The Professional Referees Organization is fully content with the results of last week’s controversial calls.

PRO Training & Development Manager Paul Rejer said Thursday that the red cards issued to the New England Revolution’s Jose Goncalves and Toronto FC’s Justin Morrow were correct calls as both incidents were considered to be denials of obvious goalscoring opportunities.

“(Forward Khiry Shelton) has control of the ball, he is advancing towards the penalty area and the closest defender, Andrew Farrell, is trailing behind when Shelton is fouled by Jose Goncalves,” Rejer said via PRO’s website. “Also, it is an offense that incurs a free kick. Therefore, this meets all the criteria laid down in law and the referee Mark Geiger was correct to issue the red card to Goncalves.

“In the Columbus Crew versus Toronto FC game, Crew’s Ethan Finlay is the player moving goalwards with the likelihood of keeping control of the ball and advancing towards the penalty area, thus fulfilling the requirement of ‘distance between the offense and the goal’…it is clear that it was a foul and the final criteria is satisfied with this being an offense that incurs a free kick. Therefore, this also meets the requirements laid down in law and referee Dave Gantar was correct to send off Justin Morrow.”

Honduras is one step away from earning a spot in this summer’s Gold Cup, and midfielder Roger Espinoza is set to be a part of the fray.

Espinoza has been called up by the Honduras National Team to take on French Guiana in a two-leg series to determine which team will earn a spot in this summer’s Gold Cup. The opening leg is set for March 25 in French Guiana before the return leg in Honduras on March 29.

As a result, Espnioza will miss time for Sporting KC, as the midfielder will not be available for March 28’s matchup with NYCFC.

Some of Canada’s brightest young prospects are set to feature in the national team’s upcoming friendlies.

Canada is set to take on Guatemala and Puerto Rico on March 25 and 29, respectively. Head coach Benito Floro has called in 23 players to camp, nine from MLS, including Orlando City’s Cyle Larin, the Vancouver Whitecaps’ Samuel Adekugbe and Russel Teibert and FC Dallas’ Kyle Bekker.

“We have two priorities for this camp. The first is to work hard on tactical concepts like pressing, combined attacks, defense, and our offensive and defensive set pieces,” said Floro. “At the same time, we need the psychological attitudes to get results. We need to have a good mentality.

Orlando City filled the bowl for the team’s inaugural home game, and the club is continuing to add tickets for the team’s sophomore effort at the Citrus Bowl.

After previously announcing that the club would cap seats at 23,000, Orlando City have sold 24,000 tickets and counting for Saturday’s matchup with the Vancouver Whitecaps.

The club, which is still gauging interest before officially deciding on a seating capacity for the team’s new stadium set to open next year, previously capped seating at 20,000, but increased the cap due to ticket demand. Orlando City sold out the Citrus Bowl with 62,000 tickets sold for the club’s inaugural home game against NYCFC.