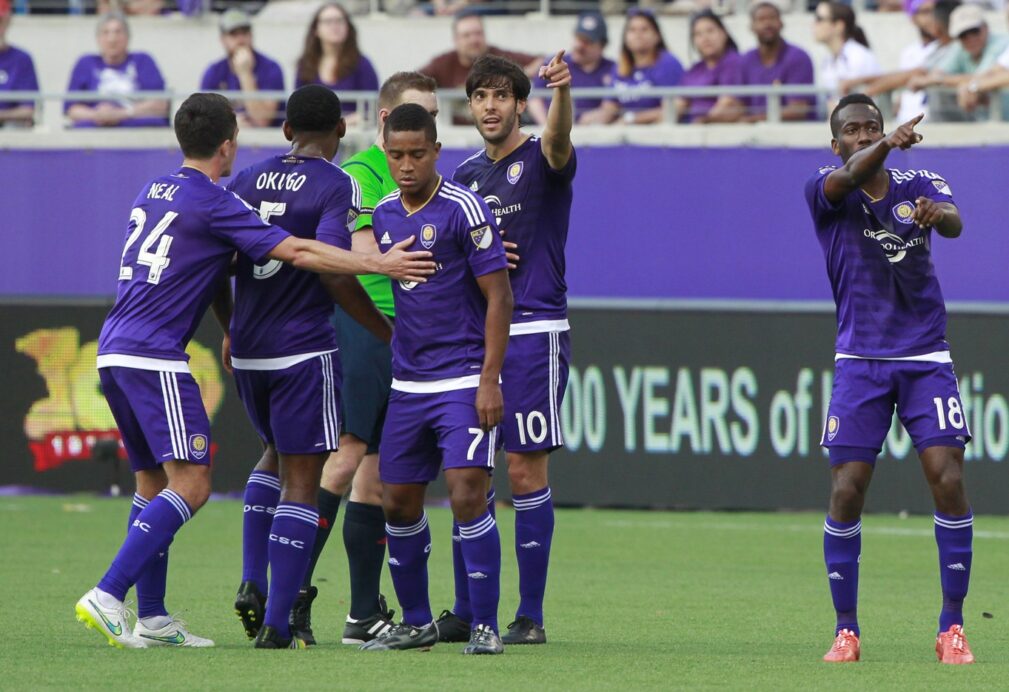 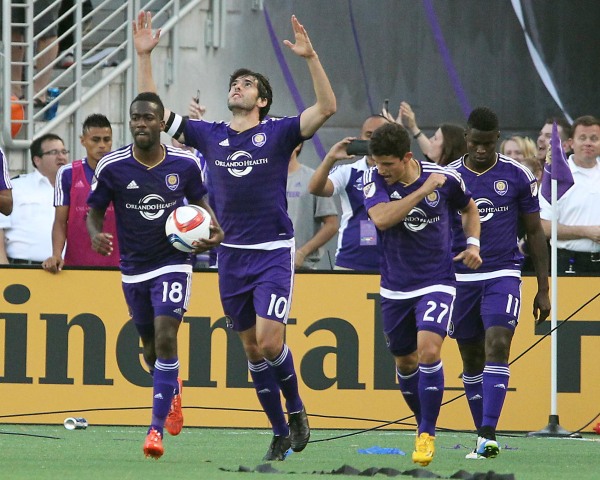 ORLANDO, Fla. — New York City FC looked to spoil Orlando City’s special day, but it was Kaka that came to the rescue with some late-game heroics.

Kaka salvaged a 1-1 draw for Orlando City on Sunday, scoring on a deflected free kick in the 91st minute of the club’s meeting with fellow expansion club New York City FC. Mix Diskerud opened up the scoring at the sold-out Citrus Bowl 15 minutes earlier, but Kaka’s late free kick smashed off of defender Jeb Brovsky before rolling into the back of the net.

The goal sent the 62,510 fans in attendance into a frenze and helped Orlando overcome the loss centerback Aurelien Collin, who was sent off in the 84th minute for a harsh foul on David Villa.

“I didn’t want the day to end on a sour note,” said Orlando City coach Adrian Heath. “Whether we have won, lost or draw today, I think both coachess would of said it’s still a long way from where want to be. I think that’s pretty evident. We got a lot more to give, this team is gonna get better, but it’s still in the early days”

Orlando City took 15 shots in the match, and was the better side from the run of play for much of the match. Heath’s men dominated possession throughout the game, and had several scoring opportunities that were thwarted by alert NYCFC goalkeeper Josh Saunders.

Lions midfielder Kevin Molino, who dominated the USL in scoring in 2014, impressed in his MLS debut and almost put Orlando City on the scoreboard in the 38th minute. The Trinidad & Tobago international set up Kaka for a shot outside the 18-yard line, but it was saved by Saunders.

“It’s still a work in progress,” added Heath. “We did some really good stuff in the first half. Second half I thought we were a bit disjointed at times, and it’s stuff that we can work on.”

Orlando City’s back line had difficulties at times, especially when it came to clearing the ball. Cristian Higuita’s 56th-minute giveaway to Adam Nemec almost provided a scoring opportunity for NYCFC, but Nemec sent his shot wide of the post.

“We entered the second half with a different attitude,” said Villa. “We would of liked to have more on the attacking side. It’s a shame we didn’t get the three points, but we did a good job.”

One Orlando City lineup to change that came to a surprise was the exclusion of Bryan Rochez. Heath opted to place Rivas in the lone striker role. When asked what was behind the decision to place Rivas up top, Heath told reporters that Rivas’ speed was a factor on why he chose to go with the former Deportivo Cali forward.

Orlando City will now shift its focus to Friday, when the club travels to BBVA Compass Stadium to take on the Houston Dynamo. With Collin missing the game because of suspension, Heath confirmed to reporters that Sean St. Ledger will get the nod at centerback in that game.