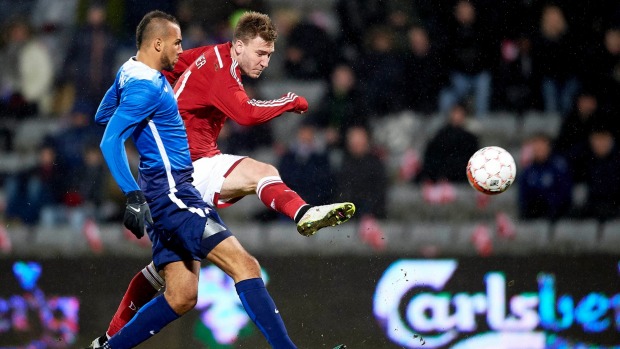 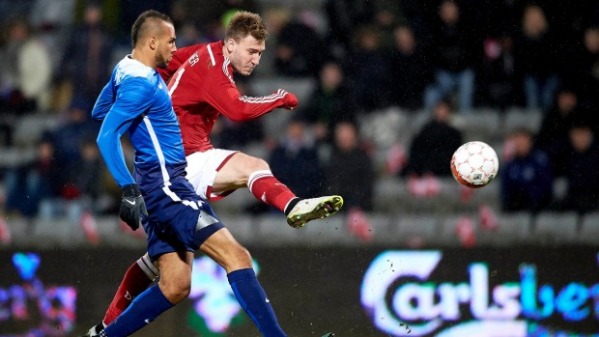 The U.S. Men’s National Team may have given up two late goals, but there were numerous other problems throughout the friendly in Denmark that paved the way for the Americans’ latest disappointing defeat.

The U.S. suffered a 3-2 loss to the Danes at NRGi Park on Wednesday, with Nicklas Bendtner scoring two of his three tallies in the game in the final seven minutes to help the hosts rally to victory. The result and performance extended the second-half issues that have largely plagued Jurgen Klinsmann’s side since last summer’s World Cup, but there were a lot of other things that the U.S. needs to address.

From not being able to hold onto possession for large spells to failing to defend as a team in critical moments, the Americans were the inferior side in a number of areas on Wednesday. That was almost masked by the fact that the U.S. nearly grinded out a win, but Bendtner’s late-game heroics ensured that American spotlight was fixed largely on all the things that need improving ahead of next week’s friendly vs. Switzerland and this summer’s Gold Cup.

There was initially some confusion as to who was to blame for the first equalizer the U.S. conceded. Was it Timmy Chandler’s fault for staying atop the box? Was Gyasi Zardes the player responsible for not running over to get a body on Bendtner?

The answer is neither. The sequence in the 33rd minute came down to a number of individual mistakes, but none was greater than that of John Brooks. The U.S. centerback unnecessarily stepped up to try and close down a shot from outside the penalty area that Alejandro Bedoya looked to have covered, and then the dominoes fell. Michael Orozco slid to mark Brooks’ initial target, but that freed up Bendtner inside. Chandler and Zardes could have done better by recognizing the danger, but they both had the players they were initially covering in front of them.

Aside from Chandler’s 19th-minute assist – which, make no mistake, was misplayed by Denmark’s centerbacks – the U.S. received little in the way of offense from the players on the flanks. Chandler scurried up field with a purpose, trying to beat his man and whip in crosses somewhat consistently, but he was really the only one.

Fabian Johnson, Greg Garza and Zardes all had issues posing a threat on the outside, and so too did substitutes DeAndre Yedlin and Brek Shea. Part of it can be attributed to the fact that the U.S. severely lost the possession battle, but the wide players also did not do a great job of making good runs or keeping the ball when the Americans did have it.

While the U.S. did not come close to winning the battle in the midfield, Michael Bradley did his utmost best to try and make it happen. Playing in a No. 8 role, Bradley operated in front of Bedoya – who was tasked with doing more of the grunt work – and was quick and sharp with most of his decisions from the onset. Bradley also was one of they key figures when the U.S. sporadically high pressed, running with a dogged determination to close down the Danish defenders and midfielders.

The Toronto FC ace did have a couple of bad turnovers, but he was still the only player who effectively connected passes at a good tempo throughout the game. Bradley did get some help from Bedoya and reserve Alfredo Morales – after he shook his initial rough first few minutes in the second half – but the U.S. needed more of that type of composure on the ball to be more of a threat in this one.

Some might chalk it up to fatigue, others to the number of substitutions. Either way, there just was far too much space between the back line and midfield late in the match, and it proved costly.

After Aron Johannsson gave the U.S. its second lead of the game in the 66th minute, Denmark began to more aggressively throw numbers forward. Rather than be the compact and organized unit that they have been in the past, the Americans looked quite disjointed in their defensive assignments. There was often far too much space between the defense and midfield, and that’s what Denmark continued to exploit before Bendtner bagged his two late goals.

Morales could have done a better job of trying to stay right in front of the back four, but the U.S. midfielders all staying relatively high while the defense dropped deep is a telling sign of miscommunication.

It could be that the U.S. isn’t used to playing in a 4-4-2 formation anymore, or that the defenders were fatigued after chasing the ball for much of the 90 minutes. Regardless, it is concerning that the U.S. players were not on the same page in the final few minutes of a game it just needed to see out.

OROZCO SHOWS WHY KLINSMANN RATES HIM

Michael Orozco may not be a fan favorite among U.S. supporters, but he showed Wednesday how useful he can be in Klinsmann’s system. Orozco not only put out several fires in the Americans’ defensive third, but he was also poised with the ball at his feet and hit a range of passes that were impressive. Orozco tried to build out of the back by finding Bradley or squeezing passes through tight windows, and his defensive positioning and decision-making were also good.

With Klinsmann continuing to look for more and more options at centerback, Orozco may have done enough vs. Denmark to earn another long look against Switzerland.