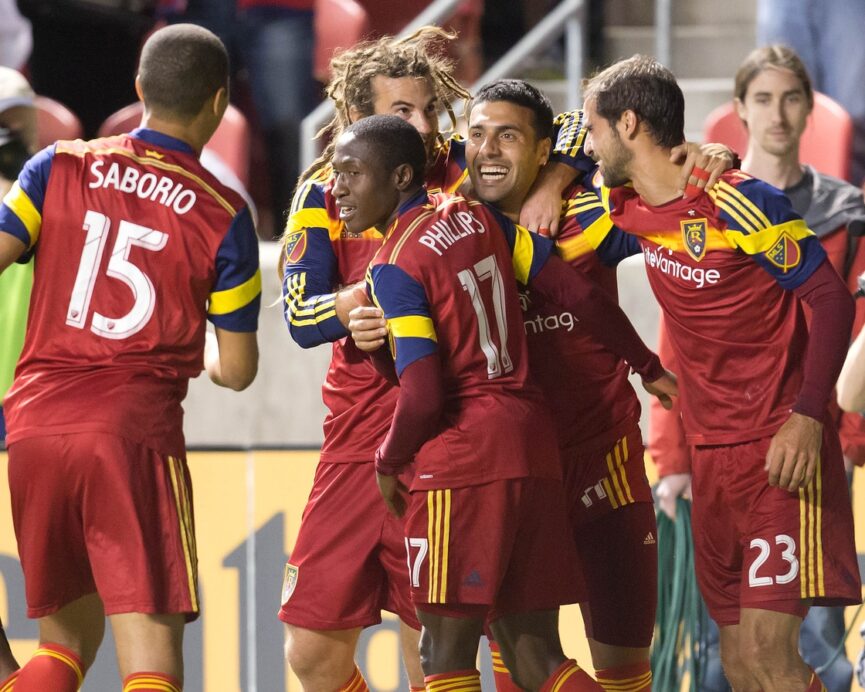 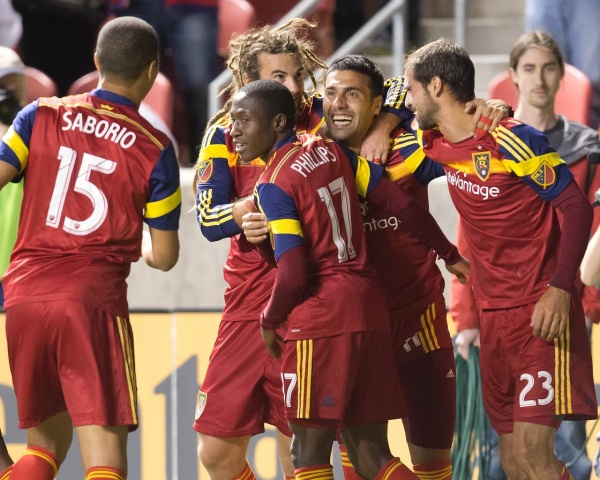 Venezuelan Fernando Aristeguieta showed off his nose for goal, pouncing on a pair of opportunities created by RSL mistakes to score a pair of goals, but a dubious penalty call spoiled the Union’s upset bid.

Maurice Edu was whistled for a penalty foul on Luke Mulholland on a play that had little contact, giving RSL the opportunity to equalize late. Alvaro Saborio made the most of the gift, converted a penalty kick in the 86th minute to settle a 3-3 tie at Rio Tinto Stadium.

The questionable penalty was the first real bit of good fortune seen by RSL on a night when every deflection seemed to go against the Western Conference club.

Javier Morales opened the scoring with a free kick from 18 yards out in the 29th minute, and RSL looked to be in control, but fortunes changed quickly just five minutes later as Kyle Beckerman deflected a cross at his own goal that forced Nick Rimando to slap the danger away. The ball fell to a hustling Aristeguieta, who headed home the 34th minute equalizer.

Just four minutes later, Aristeguieta pounced again, racing into a long throw-in from Cristian Maidana that Chris Schuler failed to clear, kicking it into Aristeguieta’s path for his second goal of the night.

Olave equalized for RSL in the 55th minute, but promptly made it a goal in each net after his attempt to intercept a Maidana cross led to him sending the ball into his own net.

That own goal looked like it would doom RSL, but referee Allen Chapman provided relief for the home team in the 86th minute when he called Edu for a foul on Mulholland. Replays showed Edu raising an arm as Mulholland moved into the area, but Mulholland grabbed his arm and proceeded to go down, convincing Chapman a penalty foul was committed.

The draw leaves the Union with two points from two matches as Jim Curtin’s squad looks to regroup for a Friday clash at PPL Park against FC Dallas. Real Salt Lake will look for its first win of the season in two weeks against Toronto FC on March 29.

What did you think of the match? Think RSL was lucky to earn a point? Impressed with Aristeguieta?