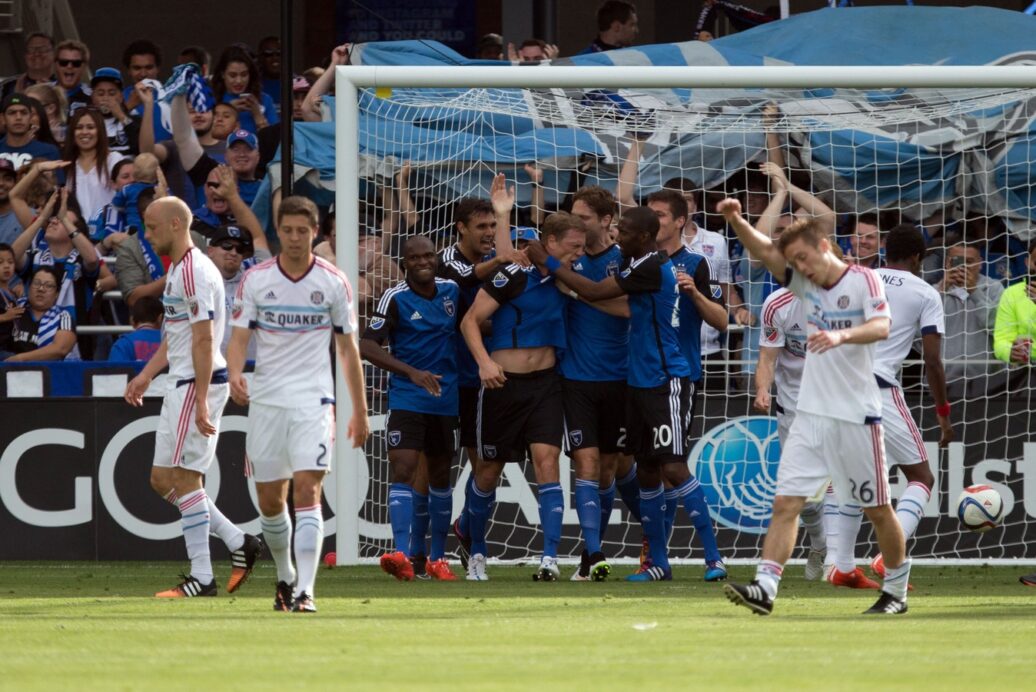 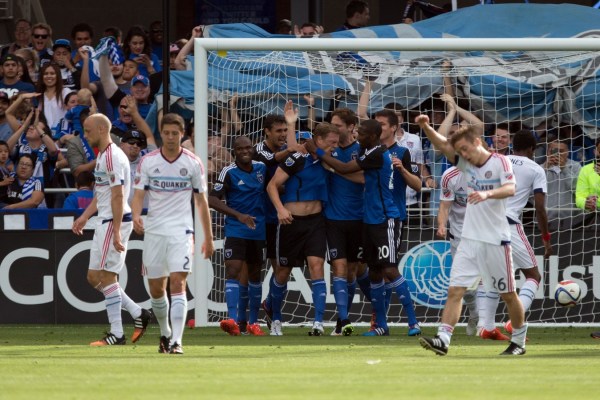 The San Jose Earthquakes finally have their new home, and they provided an ideal housewarming gift for the 18,000 fans in attendance at the first match at Avaya Stadium.

Goals from Fatai Alashe and Ty Harden helped the Earthquakes deliver a 2-1 victory against the Chicago Fire on Sunday night in the first match played at the newly-opened Avaya Stadium.

“The fans were amazing the entire 90 minutes, it was great to get those first couple of goals and get the ball rolling,” Earthquakes captain Chris Wondolowski said. “We’re pretty dangerous on set pieces, and we won off second balls on each set piece so that was pretty important.”

The evening was a nightmare for Fire goalkeeper Sean Johnson, who failed to make plays on a pair of Earthquakes set pieces that eventually became Earthquake goals. He failed to punch away a Matias Perez Garcia corner kick in the sixth minute that eventually found the head of Alashe, who converted for his first career goal, then Johnson spilled a save right into the path of Ty Harden, who slotted home to give the Earthquakes a 2-0 lead after 21 minutes.

Just seven minutes later, Harrison Shipp converted a pass from Joevin Jones to cut the Earthquakes lead in half, but the Fire couldn’t find an equalizer during an improved second half and suffered a third straight loss to start the season.

The Earthquakes victory came a week after San Jose defeated Seattle at CenturyLink Field and suddenly have Dom Kinnear’s side looking like a playoff contender early in the season.   Alashe delivered a second straight strong outing for the Earthquakes, while the defense held up well in protection of goalkeeper David Bingham despite the Fire holding a considerable edge in possession.

The loss drops the Fire to 0-3 for the first time in club history, and Frank Yallop’s side will try to regroup next week on the road against fellow winless Eastern Conference side New England Revolution. The Fire return to Toyota Park on Sunday to take on the Philadelphia Union, another team still searching for its first win of 2015.

What did you think of the match? Impressed with Avaya Stadium? Think the Fire showed enough quality in the second half to give fans some hope? See the Earthquakes being a serious playoff contender in the tough Eastern Conference?