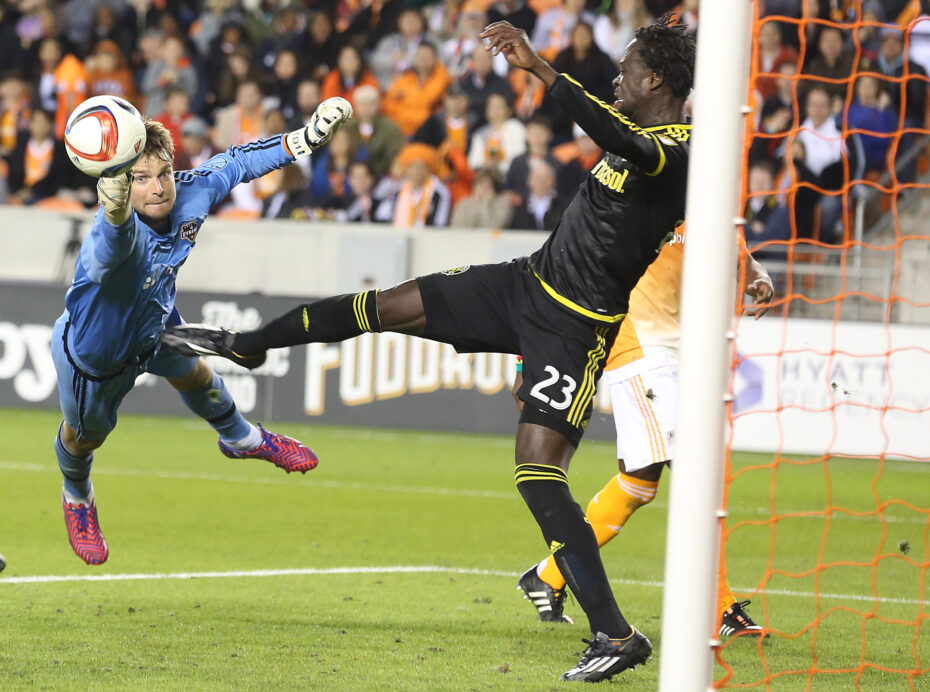 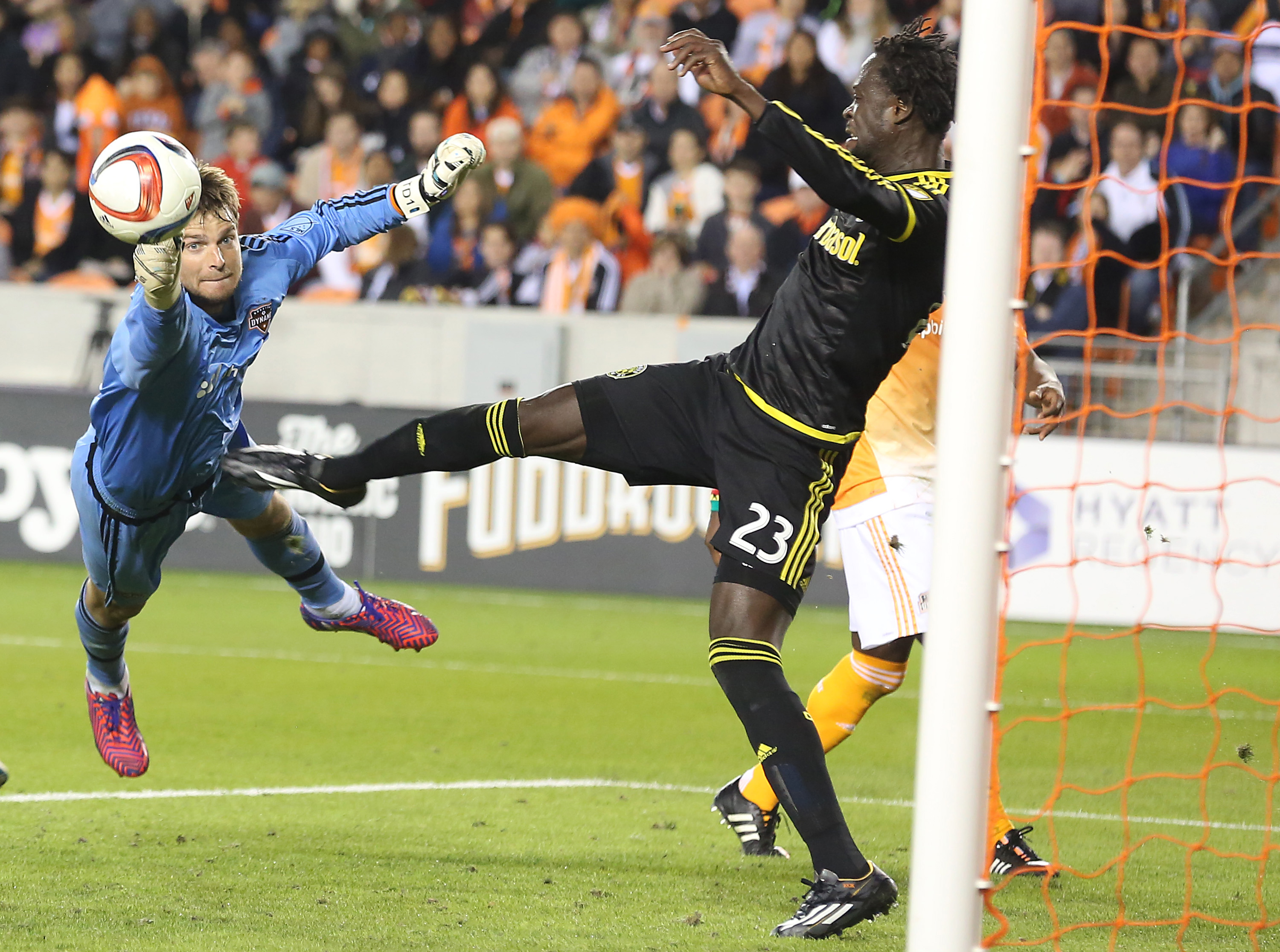 HOUSTON — Thanks to Tyler Deric’s performance in the Houston Dynamo goal, coach Owen Coyle enjoyed a victorious start to life in MLS.

Deric turned away six shots from the Columbus Crew as the Dynamo edged their home opener, 1-0. A second-half strike from Giles Barnes provided the difference against a Crew side that did just about everything but score.

They had all the best chances, including when Kei Kamara sent a corner kick toward goal only for the ball to be stopped on the line by a solid Deric. As the Crew became more fluid as the second half went on, so it seemed Deric’s goal became more impenetrable.

He wasn’t alone in the shutout. The best Crew chance of the first half came through Federico Higuain, but Jermaine Taylor got just enough of his shot on goal to send it inches over the bar.

At the other end, the Dynamo found the most success through Kofi Sarkodie, who was a handful for the Crew defense all night. It manifested into the key moment in the 66th minute, when Sarkodie set up Barnes for the eventual game winner.

It didn’t take long for the Crew attack to go to work. In the opening minutes of the game, Kei Kamara was making dangerous runs into the box and exposing Houston’s newly signed central defender Raul Rodriguez.

The Crew’s most effective attacks came when Hernan Grana took advantage of the flanks and tried to get crosses in for Kamara or Ethan Finlay. After Kamara’s initial runs however, Rodriguez started keeping his distance and Kamara was less effective throughout the first half.

Higuain started going further back in order to get more possession of the ball. This led to a more effective Crew attack that built through the middle of the first half.

The Dynamo received occasional breaks from pressure thanks to Brad Davis and Oscar Boniek Garcia on the wings. This outlet helped them produce three shots on target, but possession was often short-lived.

The Crew started the second half with a few good looks at goal by Kristinn Steindorsson. Tony Tchani advanced further forward in an effort to support Steindorsson and the Crew attack, and this eventually led to their best scoring opportunity.

Higuain sent a dangerous corner towards Kamara that was stopped on the line by Deric. The attacking pair began linking up more and more, leading Coyle to introduce newly signed midfielder Leonel Miranda in the 57th minute.

Just ten minutes later, Barnes stole a goal for the Dynamo and the Crew were on the ropes. The next few minutes saw Higuain getting a dangerous shot on goal that was denied by the crossbar, inches away from going in.

Kamara was close to scoring twice as the game came to an end, Deric came up big again to preserve a hard-earned shutout.

The Dynamo follow it up with another home game against Orlando City SC next Friday, while the Crew try to earn their first victory of the season at home against rivals Toronto FC on Saturday.