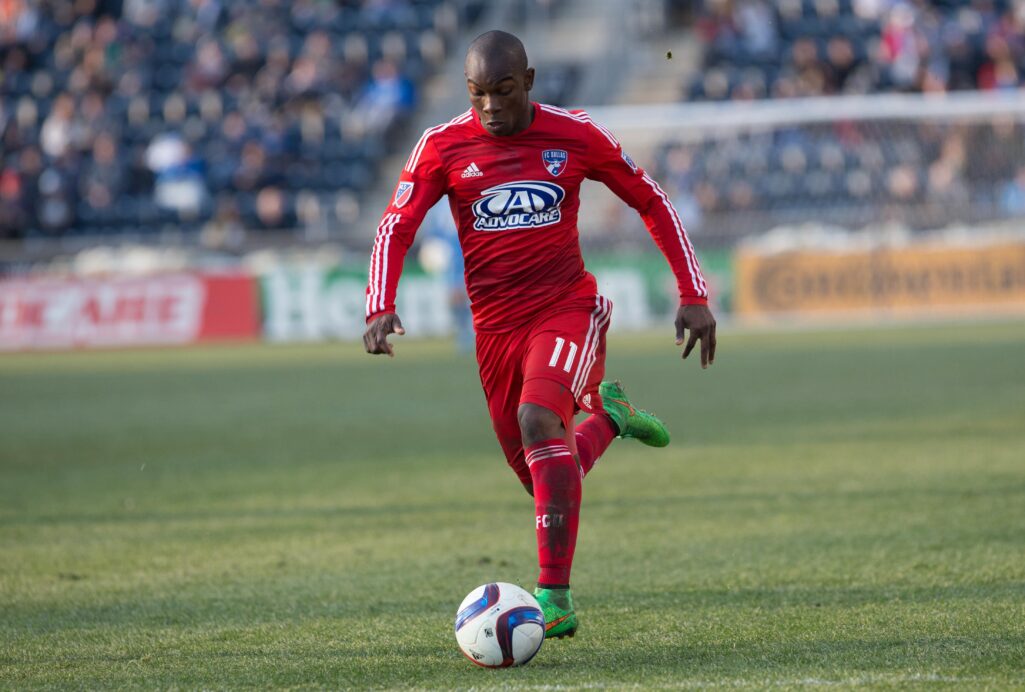 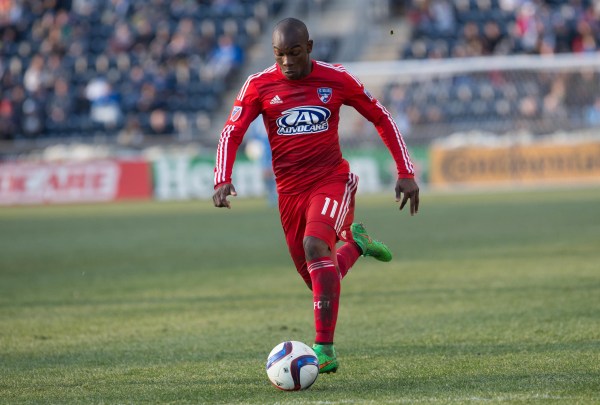 FC Dallas has proven to be the league’s hottest team to start the season, but Oscar Pareja’s side faces its biggest test of the young season on Saturday against the reigning Supporters’ Shield winners.

The Seattle Sounders have had two weeks to think about their upset loss to the San Jose Earthquakes, and will be aiming to ruin Dallas’ perfect record. Seattle will likely have to do so without Clint Dempsey, however, as the veteran nurses an injury picked up while with the U.S. Men’s National Team.

Meanwhile, D.C. United, fresh off a loss to the rival New York Red Bulls, look to rebound at RFK Stadium in a match-up with the reigning MLS Cup champions the LA Galaxy.

The San Jose Earthquakes are coming off of back-to-back victories, but Dom Kinnear’s side will enter Saturday’s match-up with the New England Revolution a bit shorthanded.

Last week’s goal-scorer Fatai Alashe and Tommy Thompson are away on international duty for the Earthquakes. The Revolution, who have yet to score this season, will also be missing a few regulars, as Kevin Alston, Jermaine Jones and Teal Bunbury are all set to miss out on this weekend’s action.

With the absences, Jay Heaps’ front line could move to a two-man setup that consists of Juan Agudelo and Charlie Davies.

Orlando City has been absolutely bombarded by international call-ups, as seven players, including regulars Brek Shea and Kevin Molino, have departed for national team duty. Adding to Adrian Heath’s frustration will be injuries to Cristian Higuita and Carlos Rivas, ensuring a very makeshift Lions lineup.

The Impact aren’t spared by the injury bug either. The club will be without rookie sensation Cameron Porter, who will miss the rest of the season with ACL surgery, putting Jack McInerney in position to lead the attack.

D.C. United is coming off of a lackluster defeat to the New York Red Bulls, and, on paper, it doesn’t look to get any easier this week against the LA Galaxy.

Luckily for a D.C. side that remains without its two starting strikers due to suspension and medical issues, the Galaxy have been hit hard by call-ups. Robbie Keane and Gyasi Zardes are with their respective national teams, meaning LA will need to tap into its depth. The Galaxy do have the added benefit of Jose Villareal’s presence, though, as the youngster turned down an international call-up to remain with the club.

After scoring in the club’s home opener, Patrick Mullins is expected to get the start for NYCFC in the absence of Adam Nemec and Khiry Shelton. Questions remain about NYCFC’s defense, however, as Shay Facey is suspended and Josh Williams is dealing with medical issues.

Sporting KC, meanwhile, have the benefit of the including Matt Besler and Graham Zusi, who were left off of the U.S. Men’s National Team’s recent roster. Roger Espinoza’s absence will leave a major gap in the midfield, however.

The Columbus Crew enter the weekend with fresh legs coming off of a bye, but there is a major void in the center of the field due to the absences of Wil Trapp and Justin Meram. Waylon Francis is also set to miss out due to international duty, but the Crew have a ready-made replacement in offseason signing Chris Klute.

Whitecaps forward Octavio Rivero has scored three goals in three games, and his next test comes in the form of a Cascadia rival. Rivero will be under more pressure than usual due to the slew of absences the Whitecaps are facing, as Kekuta Manneh and Diego Rodriguez sit with suspensions while Russel Teibert and Darren Mattocks depart for their national teams.

The Timbers, meanwhile, remain in search of their first victory of the season, having settled for draws every step of the way to this point.

The Colorado Rapids have yet to score this season, but their back-to-back cleansheets have the team unbeaten through their opening two games.

Pablo Mastroeni’s side is now tasked with taking on the Houston Dynamo, who have proven scrappy through each of their three contests this season. Owen Coyle will need to make some lineup decisions, though, as Honduran internationals Boniek Garcia and Luis Garrido and Jamaican stars Giles Barnes and Jermaine Taylor are all unavailable.

In a match-up of two of the league’s contenders, FC Dallas puts its perfect record on the line against the Seattle Sounders.

The Sounders will be without Clint Dempsey, who was originally called up by the U.S. but is now sidelined due to injury. FC Dallas is also set to be weakened atop the field, as Blas Perez joins Panama after scoring three times in as many MLS games to start the 2015 campaign.

Having dropped each of the team’s opening three contests, the Chicago Fire will look to end their early-season struggles, but will be have to do so without Designated Players David Accam and Shaun Maloney.

The Union are also looking to end a winless run. Philadelphia have so far lost to league-leading Philadelphia and settled for  two straight draws.

Toronto FC has been hit as hard as anyone by this international week, with Jozy Altidore and Michael Bradley both playing pivotal roles for the U.S. Joining them is Real Salt Lake goalkeeper Nick Rimando, who put forth a Man-of-the-Match performance in RSL’s 0-0 draw with the Timbers in the season opener.

RSL followed that up with a 3-3 draw with the Union, proving as inconsistent as any MLS side thus far. Those inconstancies will need to be ironed out without Luis Gil and Alvaro Saborio, who join Rimando on the international call-ups list.