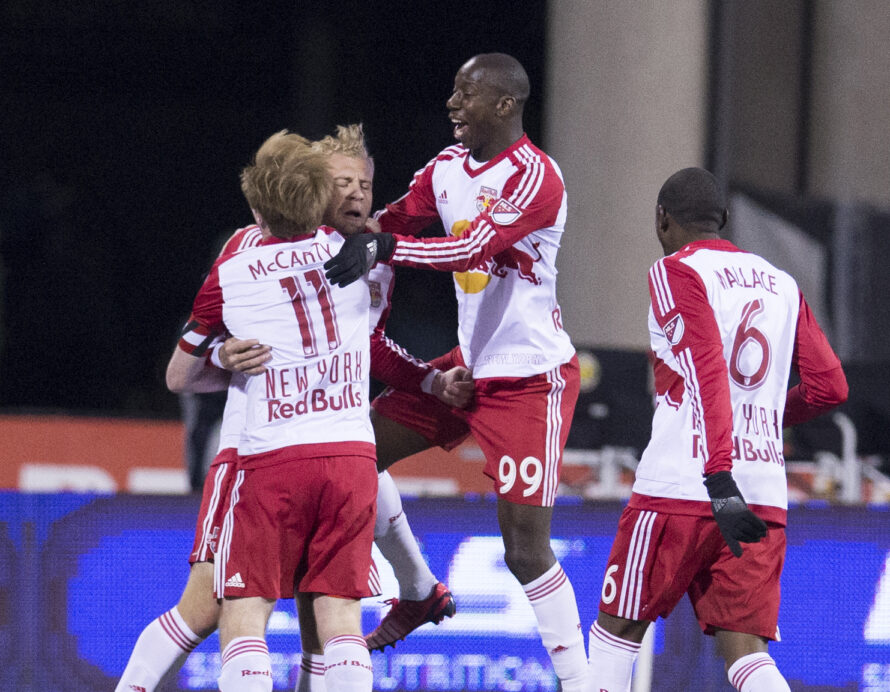 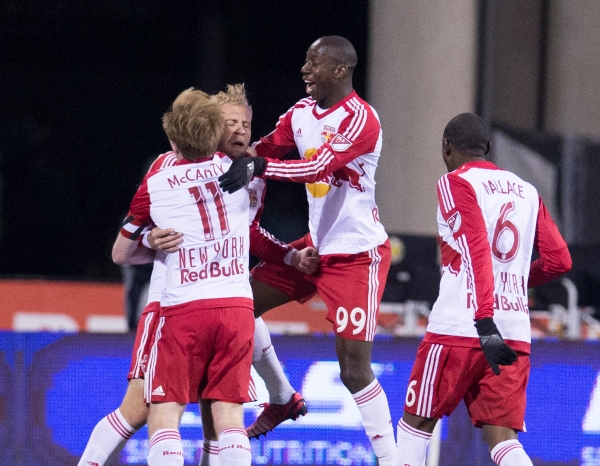 During the preseason, one New York Red Bulls player told SBI that the club’s new playing style under Jesse Marsch was similar to that of Barcelona in the way that it demanded players to press high up the field.

The Red Bulls’ system may not be quite as elegant as that of the Spanish giants, but it is proving plenty effective so far in the season.

A team that many predicted to have a down year, the Red Bulls finished March by moving into first place in the Eastern Conference this weekend. New York went on the road and picked up a 2-1 triumph over the Columbus Crew on Saturday, and it was the high-pressure system that Marsch has implemented that paved the way for the victory.

While the Red Bulls made a move up the table, the Portland Timbers and Philadelphia Union continued to stay near the bottom. Both clubs dropped points this weekend in different fashions, and their head coaches will now to need to really consider shaking things up in order to avoid falling further behind the pack this early in the season.

Here are the things from Week 4 that SBI is drawing from:

Jesse Marsch is a confident man.

Not only did the New York Red Bulls head coach publicly lay out what his gameplan for the fixture against the Columbus Crew was in the days leading up to the Eastern Conference showdown, but his team executed it almost flawlessly. The Red Bulls defeated the Crew, 2-1, at Mapfre Stadium by forcing Columbus into a number of uncharacteristic turnovers using its high-pressure system.

That strategy – which the players have really bought into – led to both New York goals in the victory that moved the club into first place in the Eastern Conference. It also showed why this Red Bulls team may do more damage than most thought in 2015, even without Thierry Henry and Mike Petke.

The Portland Timbers have managed to play some good soccer despite missing several key players this season. They have also managed to consistently drop points in a troubling trend that has carried over from their 2014 campaign.

The Timbers suffered a 2-1 defeat to the Vancouver Whitecaps at B.C. Place this weekend, allowing Robert Earnshaw to cancel out Fanendo Adi’s late equalizer with a winner near the death. It was an all too familiar disappointment for the Timbers, who have continuously found ways to squander leads and opportunities to grab results since last year.

Timbers head coach Caleb Porter was left flummoxed after the match, wondering how winning 65 percent of the possession battle against the Whitecaps did not translate into a victory, much less a result. But the truth is that Porter’s team needs to somehow find that killer instinct that is sometimes needed to close out games, as this was already the second time in the opening month of the season that it has surrendered a costly goal in or after the 90th minute.

Many will want to point the finger at goalkeeper Rais MBolhi, who has not looked good this first month of the season. The Philadelphia Union, however, have many other issues right now.

Aside from the MBolhi gaffe that led to Adailton’s headed winner in Sunday’s loss to the Chicago Fire, the Union also saw their attack sputter once again. Maurice Edu had a good opportunity late that he pushed wide, but overall the Union’s play in the final third was lacking yet again.

Jim Curtin’s side has now been held scoreless in three of its four games so far, with a three-goal outing in a draw away to Real Salt Lake being the only match in which the Union have scored. Curtin needs to find some solutions and might need to consider benching some of his regular attackers, as the lineups he’s fielding right now simply aren’t good enough and are part of the reason the winless club sits in last place in the Eastern Conference.

A month that started with an impressive showing ended with another for Ike Opara.

Opara helped Sporting Kansas City collect its first three points of the season on Saturday, as he scored the winner and helped blank New York City FC in a 1-0 victory. The athletic centerback had a strong outing in the game, and it capped what has been a tremendous first month for him as a Sporting KC starter.

Opara has been arguably the club’s best player thus far, and if he can stay healthy – there have already been more than a couple of scares with him this season – Sporting Kansas should be in good shape in the ultra-competitive Western Conference.

Like the Red Bulls’ high-pressing system under Marsch? How can the Union fix their offensive problems? What do you make of the Timbers’ continued struggles?