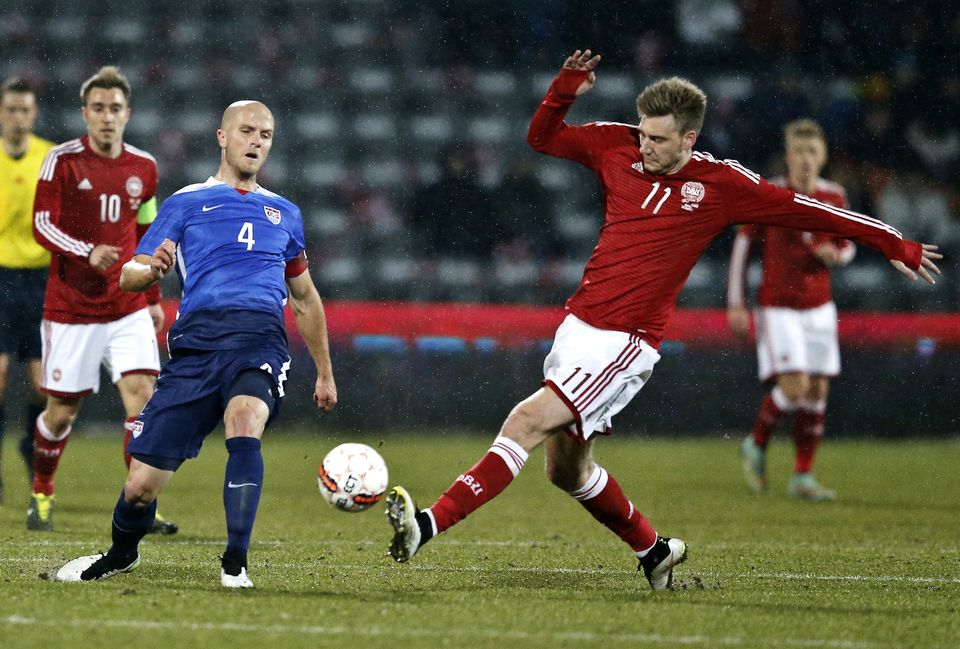 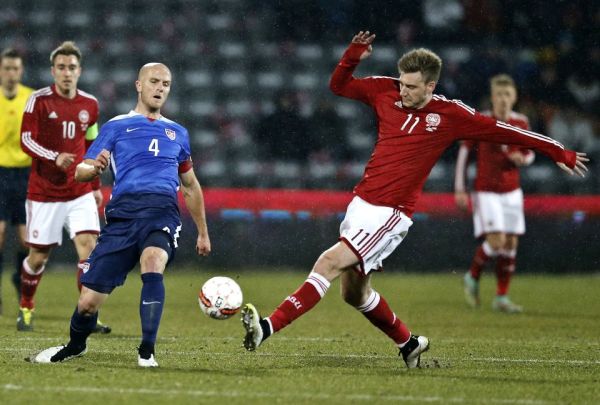 There is seemingly just no fix for the U.S. Men’s National Team’s second-half woes these days.

Entering the final eight minutes with a 2-1 lead, the U.S. was outdone by two of Nicklas Bendtner’s three goals to suffer a late 3-2 loss to Denmark in a friendly on Wednesday. Bendtner struck in the 83rd and 91st minutes, turning the match at a rainy NRGi Park on its head and giving the veteran forward his first international hat trick.

The Americans had entered the home stretch of the game with the lead after returning forward Aron Johannsson struck in his former club home in the 66th minute, but the defensive struggles that persisted throughout the match came back to haunt Jurgen Klinsmann’s side. The U.S. has now conceded a combined 11 goals in the second halves of its seven games dating back to October, and has won just once in that stretch.

Jozy Altidore opened the scoring for the U.S. with a splendid volley in the first half, but it was Bendtner who put on a show to lift a Danish team that was superior from the run of play for much of the night.

Playing in a 4-4-2 formation due to the absence of injured captain Clint Dempsey, the U.S. was unable to keep possession on a slick field that played fast for much of the game. Still, the Americans twice took leads before seeing them go to waste.

The Americans jumped ahead initially against the run of play in the 19th minute, as right back Timmy Chandler made up for a gaffe a minute earlier by sending in a cross from deep on the right. The ball took a bounce in the penalty area before Altidore put himself in position to smash home a half-volley with his left foot. The goal was Altidore’s 27th for the U.S.

The lead lasted all of 14 minutes. An open Bendtner scored the easiest of his three tallies feet from goal following some deft passing that included a nifty flick from Lasse Vibe.

Denmark’s momentum slowed a bit after the halftime whistle, opening the door for Johannsson to push the U.S. ahead again.

Playing in his first international match since last summer’s World Cup, the 24-year-old forward struck when Michael Bradley dropped a gorgeous ball into Altidore’s path. Altidore waited patiently for Johannsson to catch up before teeing him up with a square ball that a marked Johannsson needed to just direct on frame.

Denmark responded by attacking relentlessly, and they tested goalkeeper Nick Rimando on several occasions before Bendtner pulled off his late magic.

The Wolfsburg forward started the comeback when he smacked home a shot following a failed attempt at a headed clearance by debuting American center back Ventura Alvarado, who entered the game as a substitute and is now provisionally cap-tied to the U.S.

Bendtner then found the winner a minute into stoppage time, latching onto a sublime ball over the top from Christian Eriksen and hitting it on the hop with a technically perfect strike that was just out of Rimando’s reach.

Denmark could have put the game away for good a minute later but substitute Martin Braithwaite scuffed a shot from the right side of the penalty area.

In the dying seconds, U.S. defender John Brooks had a chance to even the match, but sent what looked to be a promising header wide of Denmark’s goal.

The Americans will wrap up this European camp with a friendly against Switzerland in Zurich on March 31.

What do you think of the U.S.’s 3-2 loss to Denmark? Are you really worried about the inability to close out games or do you chalk it up the multiple substitutions that occur in friendlies? Which Americans impressed you against the Danes?