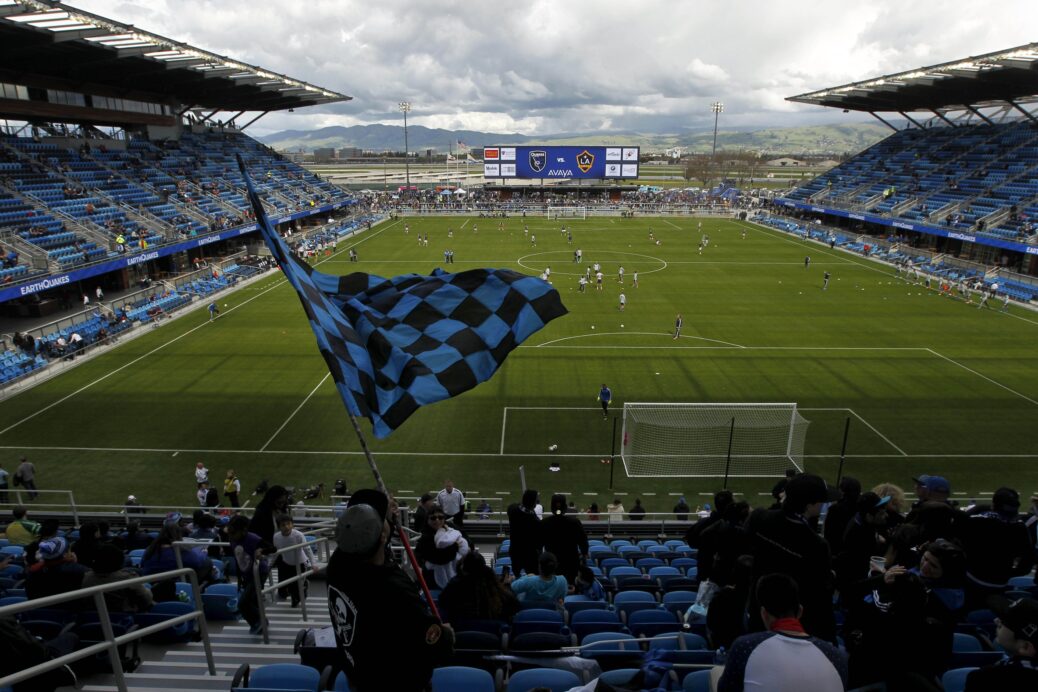 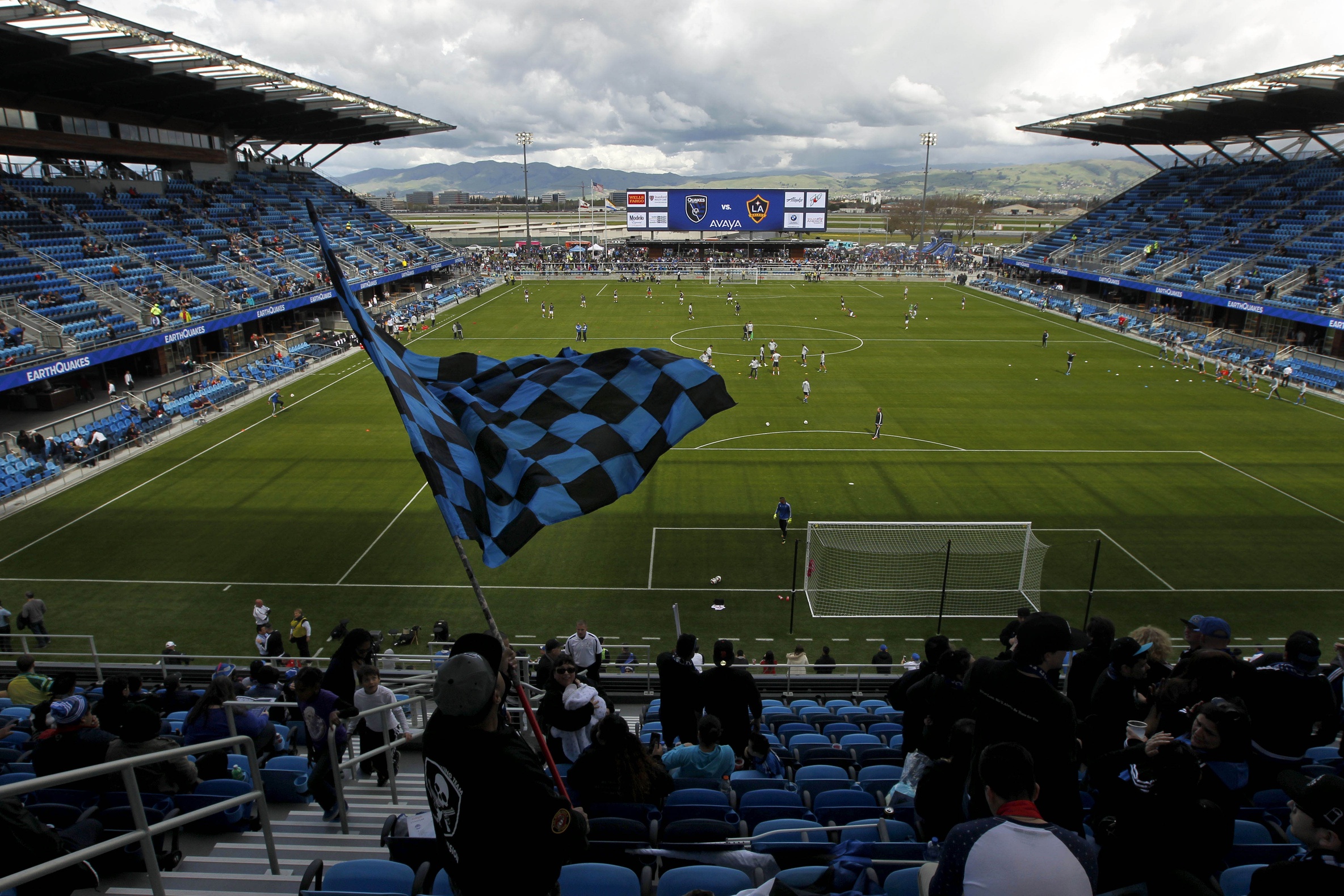 The Earthquakes triumphed 3-2 over California Clasico rivals LA Galaxy in their final tune-up ahead of the season and the first match held inside their new digs. The match was treated as a soft opening for the 18,000-seat venue, but there was nothing soft about the play on the field.

San Jose took the lead just before halftime after Shea Salinas’ cross found Galaxy defender Omar Gonzalez in an awkward stance. The ball deflected off of him and into the net for an own goal at a crucial time of the match.

JJ Koval made it 2-0 in the 58th minute when he was found at the top of the box by Chris Wondolowski. Less than 10 minutes later, the Galaxy got one back when Robbie Rogers’ cross found the head of Jose Villareal.

As he has so many times this preseason, Adam Jahn restored San Jose’s two-goal lead by heading in a corner in the 67th minute. It was Jahn’s seventh goal of the preseason.

A late Robbie Keane strike was added for good measure in a goal-filled evening to open the Avaya. San Jose has its true home opener on March 22 against Chicago Fire, after the season opens against FC Dallas on March 7. The Galaxy open their season on Friday at home against the Fire.

Toronto FC enters the season with its big-name attacking acquisitions in the score sheet.

Both Sebastian Giovinco and Jozy Altidore scored to give TFC a 2-1 win against Costa Rica U-23s to end its IMG Suncoast Pro Classic campaign in Bradenton, Florida. Giovinco scored his first goal since joining the team when he smashed a volley into the right side of the net in the ninth minute.

The Italian played provider for the second goal when he chipped a ball to the back post for Altidore, who applied the one-touch finish in the 63rd minute.

There was some cause for concern, though, as both Benoit Cheyrou, who set up Giovinco’s opener, and Justin Morrow had to leave the game early through injury. They are not believed to be serious setbacks ahead of TFC’s season opener against Vancouver Whitecaps on Saturday.

Orlando City finished the game with nine players after both Aurelien Collin and Carlos Rivas were shown red cards. Collin was sent off for bringing down Kofi Sarkodie in the box during a clear scoring opportunity.

Brad Davis dispatched the penalty to double the Dynamo’s lead in the 30th minute. They had taken the lead three minutes prior through a Will Bruin strike.

Just before halftime, Houston scored its third when Boniek Garcia sent Leonel Miranda through on goal. The Argentine faked his shot, sending goalkeeper Donovan Ricketts to the ground before sending the ball into the net.

Rivas entered the game in the 63rd minute for Orlando, but he was marching off a minute later when his arm hit Luis Garrido in the face.

New York City FC will enter its inaugural MLS season off a 3-0 win against Charleston Battery.

In a dominant display, NYCFC opened the scoring through Ned Grabavoy in the 26th minute. Grabavoy was played in behind the defense by Mehdi Ballouchy and finished with the outside of his foot for a 1-0 lead.

He set up the second goal, driving into the box from the left before dropping the ball off to Adam Nemec for an easy finish. The Battery were then reduced to 10-men after Navion Boyd was shown a red card for shoving Jason Hernandez in the face.

The man advantage was made to count in the 64th minute when Nemec’s cross found Mix Diskerud, whose volley found the back of the net.

Despite it being preseason, there were still plenty of sparks flying during Real Salt Lake’s 2-1 victory against Colorado Rapids to win the Desert Diamond Cup.

RSL finished the night with 10-men, holding off the Rapids after Alvaro Saborio was sent off with 40 minutes left in the game. He clashed with Michael Harrington during a free kick to earn a red card, but Javier Morales curled the set piece into the net for the 51st minute winner.

Luis Gill set up Olmes Garcia for RSL to grab the opening goal in the eighth minute. Colorado equalized in the 28th minute through Dillon Serna.

The Rapids open the season on the road against Philadelphia Union on Saturday. RSL heads to Portland later that evening to open up its season.

Sporting Kansas City had two outings to end its preseason schedule on Saturday, and neither ended in defeat.

After dispatching of Minnesota United 1-0 in the early game, Sporting played Seattle Sounders to a 1-1 draw in its final Desert Diamond Cup games. Bernardo Anor handed Sporting the win against NASL’s Minnesota when he put a deflected corner kick into the net from close range.

Sporting put its probable starters ahead of the new season out of that game, opting to go with a slightly less experienced team for the Seattle game. It didn’t seem to change much when Jimmy Medranda dribbled inside the box and found striker Connor Hallisey for the opening goal in the eighth minute.

A strong Sounders lineup struck back through a familiar partnership. After picking the ball up deep in the attacking third, Clint Dempsey slid a pass behind the defense to a sprinting Obafemi Martins who scored past substitute goalkeeper Jon Kempin in the 60th minute.

Sporting opens its season at home against New York Red Bulls on Sunday, followed by Seattle and New England that same evening.

Back in Bradenton, Florida, Philadelphia wrapped up its IMG Suncoast Classic with a  3-1 win against the Red Bulls.

The scoring started in just the second minute with an own goal. A cross from Andrew Wenger deflected off of Red Bulls defender Ronald Zubar and sailed just over the outstretched arm of Luis Robles.

The Union took it upon themselves to double the advantage in the 32nd minute when Fernando Aristeguieta headed in a free-kick. Wenger made it three with a low finish in the 44th minute.

Ending the shutout, Red Bulls forward Bradley Wright-Phillips netted after finishing a cross from Sal Zizzo in the 80th minute, but the Union suppressed any late comeback.