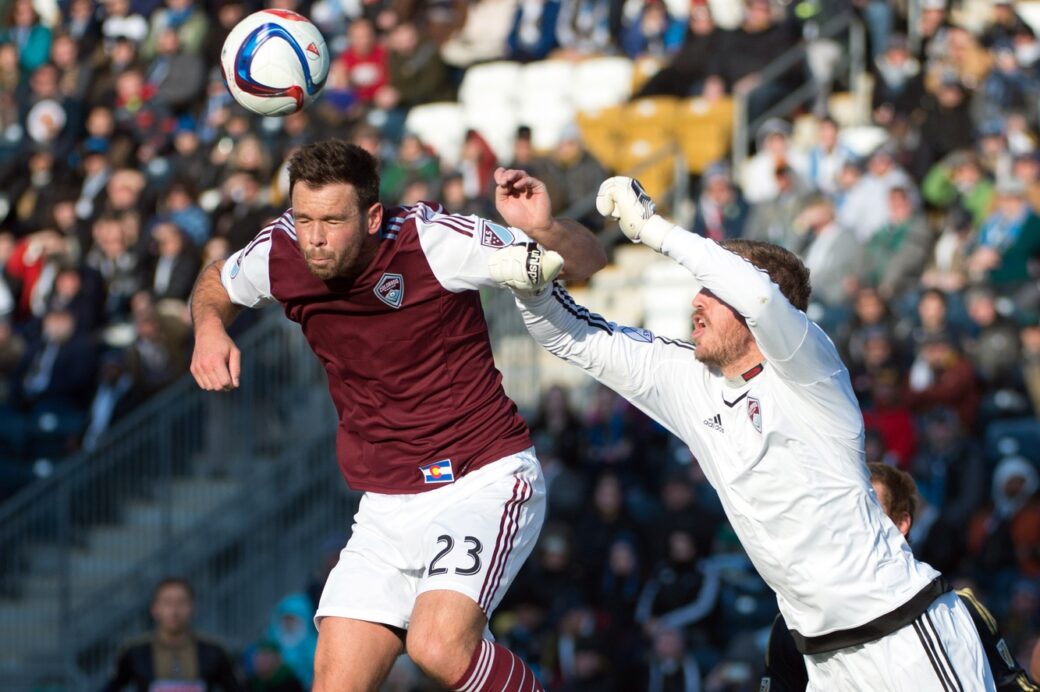 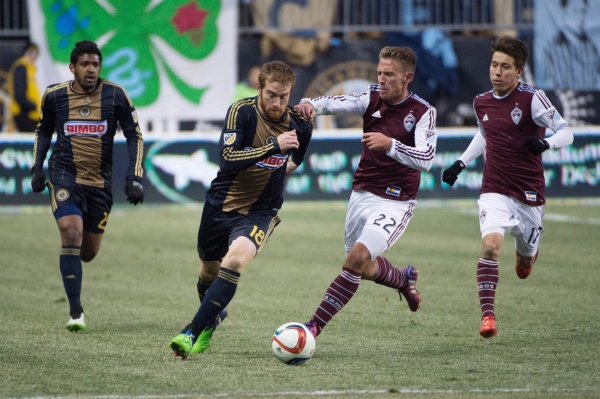 The Colorado Rapids played with fire, but did just enough to earn a precious road point to start the season.

Down to 10-men against the Philadelphia Union, goalkeeper Clint Irwin made a series of stellar saves as the Rapids survived the dismissal of Bobby Burling to hold on to a scoreless draw Saturday at PPL Park.

Starting rookie Axel Sjoberg in central defense, the Rapids looked destined for trouble after Burling was sent off in the 68th minute following a foul in the midfield.

Despite the extra man, the Union struggled to break down and poke past a stingy Rapids defense, with the best opportunity in the 86th minute. Just moments after being introduced, former Rapid Conor Casey smashed a header off a Union free kick, but Irwin, who finished with four stops, parried from close range to preserve the draw.

Casey had another chance to claim the points from a free kick in the 95th minute, but this time the forward’s header trickled wide, just out of the reach of a diving Irwin.

Much like the second stanza, the first half was slightly prodding, as both sides tried to assert themselves early. The Union proved to be the dominant side from the start, forcing Sjoberg and Burling into early yellow cards.

Le Toux proved particularly dangerous early by getting a pair of early looks, the best of which saw Irwin come off his line following a through ball by newcomer Fernando Aristeguieta.

The Union’s best effort of the first half came via Andrew Wenger, who cut in on his right foot and curled one from the top of the box that clanked off the crossbar. Adding insult to injury for the Union, forward C.J. Sapong was forced to depart the game at halftime after taking an elbow to the jaw.

With a point in hand, the Rapids will be back in action March 21 against New York City FC, while the Union face a visit to Real Salt Lake on March 14.

See the match highlights below: